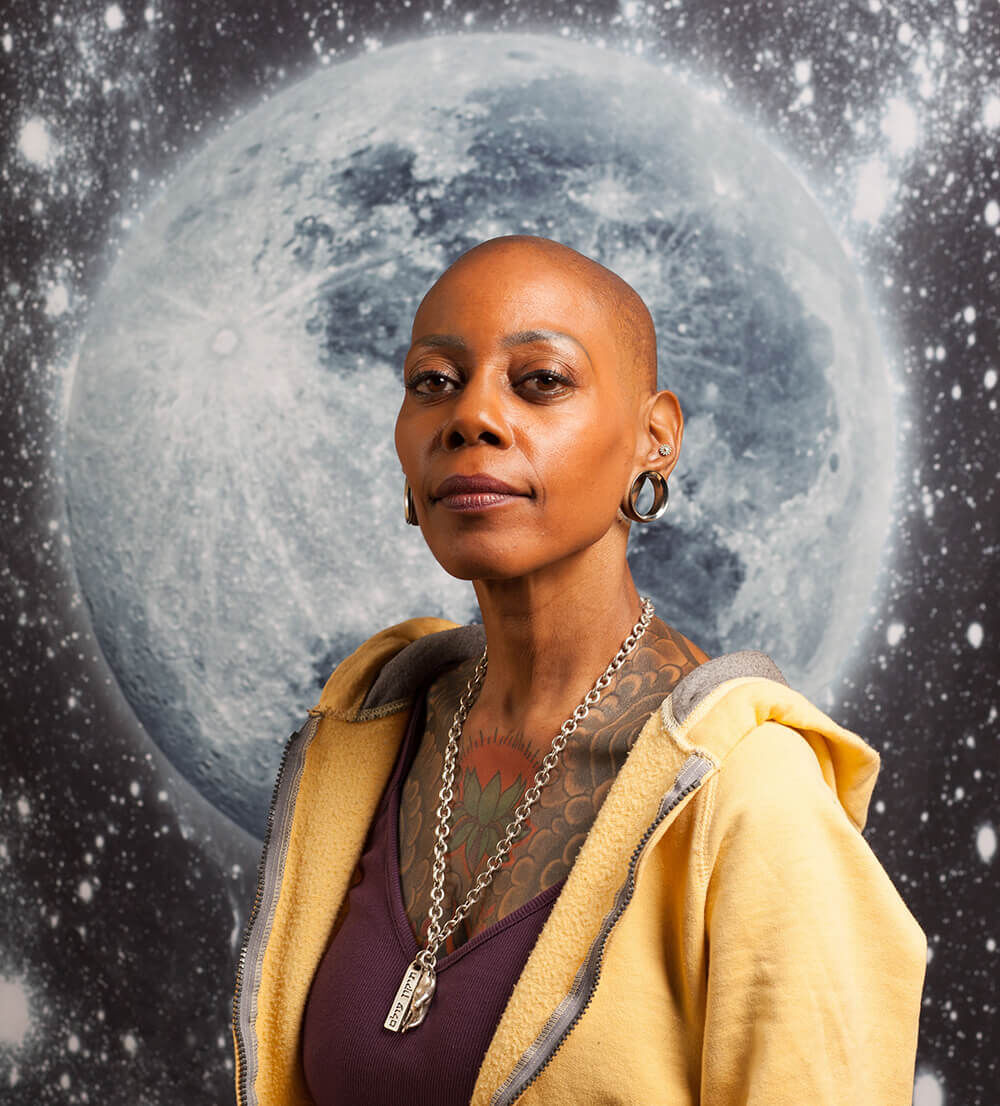 As a child of the 1990’s, must I even tell you how many Saturday nights in suburbia I spent watching episodes of MADtv?  Though only eight when the show premiered, it became one of my favorite programs to watch, and with hyped-up, uber funny impressions of childhood favs like Whitney and Oprah, comedic actress Debra Wilson was naturally one of my favorite ensemble members. An original cast member from the pilot episode, Wilson exited the series after eight seasons in 2003, after getting whiff of pay disparities between she and white-male castmates hired after her.

Since then, she’s been keeping busy, doing a ton of voice over work in television (Family Guy, The Boondocks,) video games and as a presenter and announcer for tv shows, including the recent revival of NBC’s the Weakest Link. She’s back in front of the camera in Moon Manor, a film about life and death. Wilson portrays Fritti, a death doula hired by Jimmy (James Carrozo,) an Alzheimer’s patient who has decided to throw one last blowout before lights out.

I spoke with the comedic legend about the important work of death doulas, why Moon Manor is a film about living, not dying, and whether the voiceover indusrty actually has a diversity problem or not.

BUST: Tell us a little about Moon Manor?

Debra Wilson:  [Moon Manor] is a heartfelt exploration of love, death, and what happens beyond death. You know, it's about someone choosing their own death and really knowing what life is by that type of choice. It wasn't left up to anything else. It wasn't left up to a disease, or anything other than a great, powerful, wonderful, and clear minded choice, before that choice would have been taken away — by society, family, laws, or anything else. And so it really is about knowing how to live, by choosing your own death.

B: How did you first become involved in this project?

DW: The directors Erin Granat, Machete Bang Bang had seen my stuff, online —interviews, the spiritual aspects of some of the online interviews that I do. And they said, ‘Wow, we would like to put her in the running for this.’ It wasn't an offer, directly more than it was an opportunity to speak to me about what the role was, and what they were hoping to bring to the table and their expectations, and what I wanted to bring to the table, that’s how it began. We ended up having a very long conversation about it and before I knew it, they were like… ‘I think you're in alignment with what we want. And we're in alignment in our spiritual flow, and our intention.’ 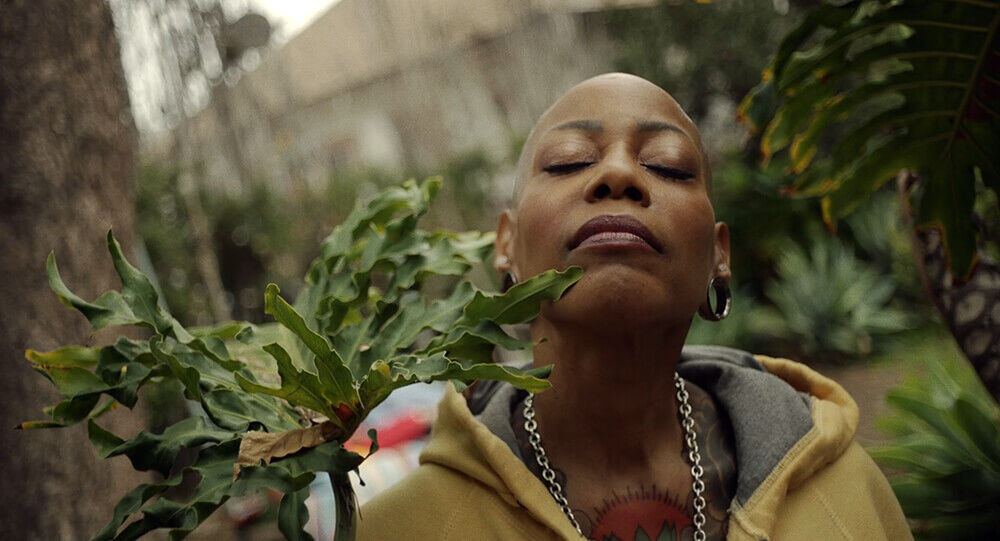 B: Who is Fritti?

DW: She is a death doula. And a death doula, or any doula is characteristically — if you think about people who've taken their time to be doulas, from birth, to death, and everything in between, it is a study and a love of the human condition, and being a support and a vessel in that human condition for things that are important that are  life changing and game-changing ways of relating to society.

Fritti wants to serve a higher purpose, she wants to be of service, which means to a certain extent, dropping the ego, but also knowing the ego must be in place for certain things that are the realities, regarding and surrounding us. But her main purpose is to be a support to those who are creating that transition, and to help them create that transition as if it is going to be art, and to help them be able to move through and go through, and get by, being that buffer.

B: Can I ask you a little bit about death? Since this is a movie about death.

DW: No, it's not about death. It's about life — life! It's about creating these amazing and profound choices in life that show that you are cognizant and and living a full one. It is about choosing life in a way that allows whatever transition, whenever that transition, to be something of your choice — taking control of that to a certain extent, and making that decision, when it is time to leave and shuffle off this mortal earth. It is the life you lead and the life you've left behind, and the life you've created, that continues to fertilize those behind you. 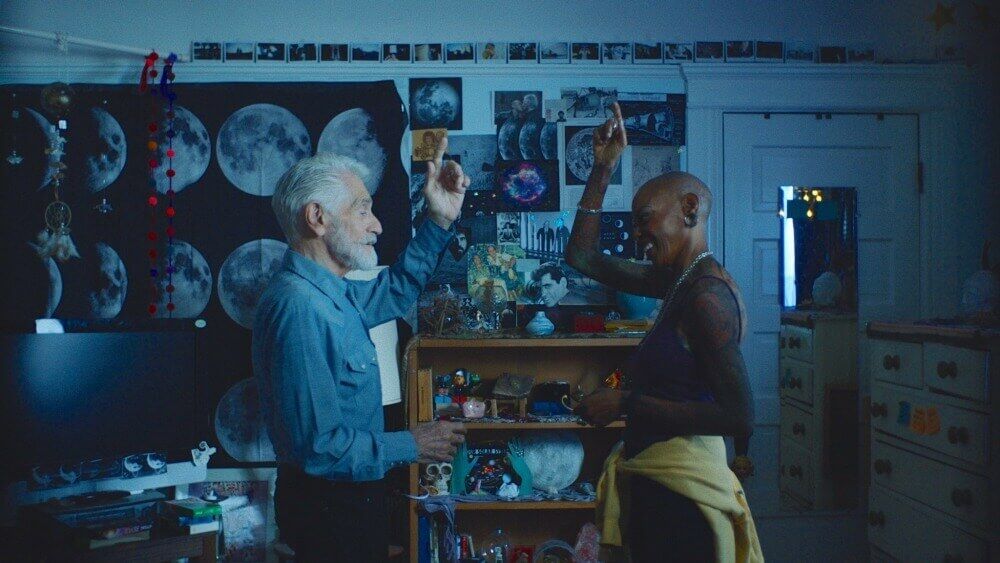 B: Jimmy suffers from Alzheimer’s and has chosen to end his life on his own terms. What are your thoughts on assisted death for terminally ill people?

Yes, there are joyful moments and those begin to flip very quickly as dementia spreads. And I know that all too well in my family. So it's really wonderful when someone says, before I do forget those things, before I go into that anger stage, before I get to that stage, I don't know why I should wait? And so I think personally, that there, there is forethought, as opposed to ‘no, you can't do this legally,’ I get that. But consciously, there is forethought that says, this has been thought of very, very clearly. And I want to go with a certain dignity. And I don't want others to make that choice for me.

B: You do a lot of voice over work, yes? I’ve heard different things about diversity, or lack thereof, in the voice over world. Do you think that’s still a big issue in entertainment?

DW: People make that a big issue, but they're not paying attention to the transmutation that's also going on. It's one of those things that yes, it was talked about a while ago, but in the process, nobody has done the research to be able to go, 'Well, wait a minute, there are these transitions happening.' As human beings, whatever you focus on increases, so it depends on what you're focusing on, because I'm not hearing that. And I'm not seeing that. And I'm on many aspects of the industry, when it comes to voiceover. So I do everything from NBC promos to podcasts, to announcing on network game shows. I voice the game announcing for the Weakest Link on NBC. And I also do the show announcing on [Steve] Harvey's new judge show on ABC. And so, as I'm moving through these experiences, I'm finding that is beginning to move away, and I think with the rise of, Black Lives Matter Movement, and the LGBTQ movement...and the movement that really sprang up after [the murder of] George Floyd, began the dialogues and the conversations and the change within the entertainment industry. And so now that kind of dialogue has been happening, and it is continuing to happen, and I'm watching it in the things that I book and the things that I do, where it's not a matter of color at all.

B: Anything else going on that you’d like readers to know about?

DW: I'm obsessed with the paranormal and parapsychology. Two friends of mine, Barry and Brad Klinge, used to have a series on the Discovery Network called Ghost Lab, it was a paranormal investigation series that was really, really popular. They don't do it anymore,  but all of those investigations of the things they found and all their prolific aspects of it and evidence, which there is a great deal of, they decided to turn it into a podcast called The Investigators. I said, “I love you guys,” I've been fans of them before I became friends and I said, I really want to narrate it. I just want to be a storyteller that tells the story prior to you guys discussing, you know, some of your your best cases and the things that went on, and all the evidence that was left off of the television. And they said, Sure!

It just a bucket list thing for me, I don't want anything in return, I just want to be able to tell these stories. So I started doing that show…and then they said, ‘Listen, we love your narration style, because we love the way you tell stories and that you draw people in. Would you like to do something for yourself?’ It's called Ominous: with Deborah Wilson, and you can find it wherever podcasts are available.

It's almost like sit down at midnight, pull your blanket up, have your tea, and listen.  It's like listening to a radio show, and here's the interesting thing: it's more than just a story. These paranormal cases of UFOs and and other encounters are all true. They all come from real, actual cases. They're all real true firsthand accounts, not by me, but people I know, so to be able to tell their story, the way I tell it, is really another gift to me.