Watching "Tall Girl 2" While Black: Just How Much Of A Struggle Is Being Tall, Anyway? 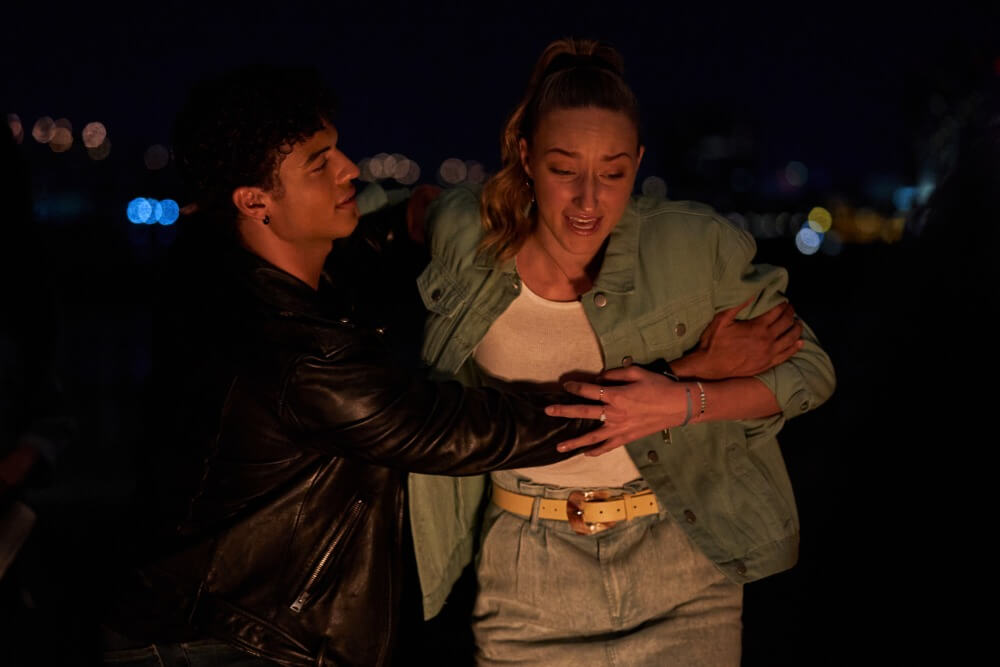 On February 11th, Netflix released their sequel to Tall Girl, Tall Girl 2. The Tall Girl series focuses Jodi, a junior at Ruby Bridges High School, who is so close to being truly happy…if only she weren’t tall. Jodi has been bullied, harassed, and embarrassed by kids in her high school for being 6-foot-1. Though Jodi is constantly worried about her height and often gets rude comments about it, she is also white, blonde, conventionally pretty, and has two loyal friends. But even then, Jodi’s life is seemingly miserable because of her height—she is envious of every girl who isn’t tall, even her sister, and hates being asked the signature “how’s the weather up there?”

The plot points and characters in Tall Girl 2 seem to insinuate that as long as you claim your differences, everyone will stop bullying you and you will become popular. This, we know, is not the truth. People cannot be bullied one day and beloved the next, and the insinuation that they can be is misleading. But for Jodi, her big gesture at the end of Tall Girl entirely changes her life for the better, and herein lies the problem: Jodi isn’t a blueprint for those who are struggling with being bullied over unchangeable things—she’s a fairy tale.

As someone who is not tall, I do not have the “tall girl” experience, but as someone who is Black, I did feel offended by Tall Girl’s premise. In watching the first movie, I was astounded by how much emphasis Jodi put on being tall as a source of struggle. At the start of the first movie, we see her walking through the halls of her high school, her voice introducing us to the world of the movie, when a pair of boys ask, “How’s the weather up there?” and laugh. She looks annoyed and a little sick of behavior, but she continues to introduce her day-to-day life through a voice-over. Then she says, “You think your life is hard? I’m a high school junior wearing size 13 Nikes. Men’s size 13 Nikes. Beat that!” I was immediately distanced from the character— I can beat that, even in my privilege, I understood that wearing big shoes and being tall was not the worst thing for a high school junior to go through. I was taken aback by her callousness. That very line even spurred a TikTok trend where people called out how ridiculous she was by comparing their own, more serious issues.

The main issue is that everyone around her in the movie seems to be worse off (her best friend, Fareeda, is a Black fashion designer whose parents don’t want her to follow her passion, and her co-star is a brown kid who was fat-shamed). Even through these more difficult experiences, Jodi never really acknowledges the struggles of the people around her; she is always in crisis or talking about herself while throwing shallow compliments or words of encouragement at her friends.

Seemingly, Jodi has been ruled by her insecurities her whole life and has blamed that on her height. It was never her six-foot frame that restrained her, however— it was her unwillingness to see that being tall is not oppression. She was always pretty and kind, she always had the traits of someone conventionally “popular,” but she was victimizing herself, getting in the way of her potential. Even then, the movie does support her in this delusion. The characters all change their tune; they drop everything to support her when she’s down about her size, while she does virtually nothing for their endeavors. It seems like this issue was big enough for a change to occur in the sequel. 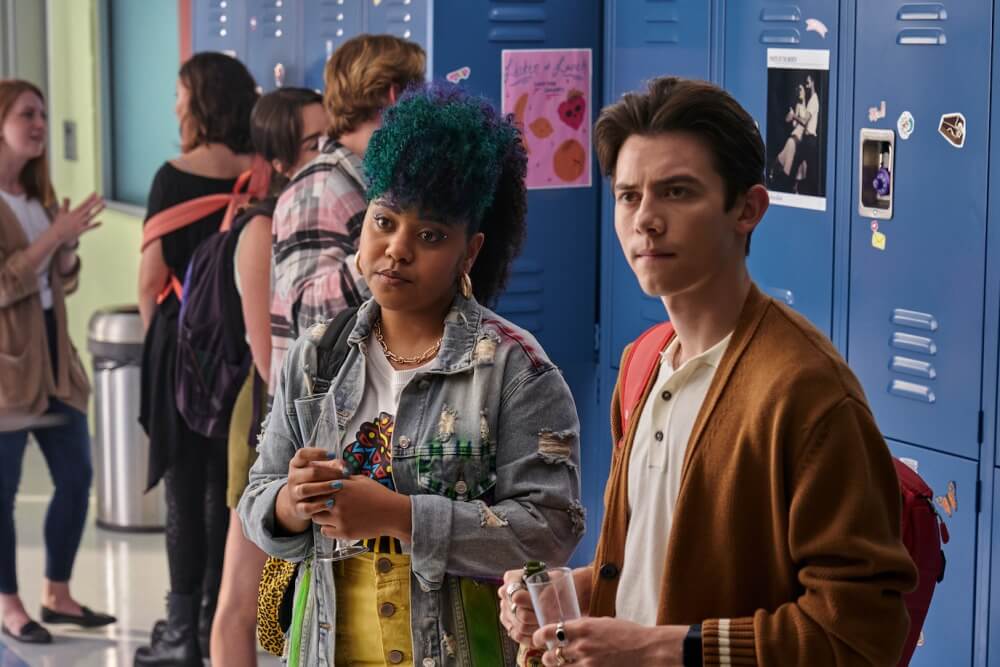 In the first movie, Fareeda’s struggle with her passion for fashion design is rarely spoken about, but in the second, we actually do see more of Fareeda and her parents dismissing her dream. Jodi wears her friend Fareeda’s shirt to a small boutique and the owner asks where Jodi got the shirt, which results in Fareeda selling her shirts in the store. This development is a big step away from Jodi-centeredness for the Tall Girl movies, but it feels more shallow and staged than the rest of the movie (they are passing comments and random scenes that don’t keep the plot going), as if the uproar from the first movie forced the writer’s hand. Ultimately, it is Jodi’s newfound confidence that allows her to wear the shirt and subsequently name drop Fareeda. Again, it all comes back to Jodi.

The characters attend Ruby Bridges High School for goodness sake, and it's a movie about the plight of a pretty white girl who is tall. For those who don’t know, Ruby Bridges was the first black girl to integrate her elementary school in Louisiana in 1960. Bridges was 6 years old as adults and children alike threw things at her and called her names as she walked into the building. Jodi’s high school plight as the tall girl all takes place in a building named after Bridges. Though the irony is clear, it seems like the movie takes Jodi pretty seriously, and there’s a minimal sense of self-awareness.

In Tall Girl 2, Jodi has seemingly overcome her insecurities and preconceived notions about being tall, and she’s ready to shine. Jodi really blossoms, wearing new, more stylish clothes and receiving excited greetings from strangers in the halls. In a word, the events of Tall Girl have completely augmented Jodi’s high school experience.

If it was never about being tall, why is the movie called "Tall Girl"?

In watching the sequel, I began to realize something unsettling: it was never about being tall. In the second movie, Jodi is popular, every named character who is a man is interested in her romantically, and she has an entirely new wardrobe. People who used to bully her are silent (or in love with her, in one character’s case). After claiming her tallness, Jodi is living her best life— but it’s not as if she isn’t tall anymore. To compare, people who are fat-shamed don’t stop getting fat-shamed just because they own it, people whose parents don’t approve of their passion don’t get their approval once they decide they don’t care, people who are bullied for stigmatized physical differences don’t stop getting bullied when they make a speech at homecoming. Jodi’s life is completely changed after she owns her tallness in Tall Girl, but the change is entirely unrealistic, and to me, reveals that being tall was never Jodi’s problem in society. This is emphasized even more in the second movie, to the point where I got frustrated. If it was never about being tall, why is the movie called Tall Girl? Why does it take itself so seriously? Why does it compare fat-shaming to being bullied because you’re six feet tall? Why is Fareeda’s (Jodi’s best friend) struggle never acknowledged or unpacked? Why does everyone else seem to have worse problems, and yet Jodi is moping around?

In the end, Jodi's character is ultimately self-aggrandizing, and though these movies have made some other tall girls feel seen, it portrays a flawed message. I 100% think being a tall girl is a struggle— I’m not denying that— but I think the movie blows it out of proportion. Everybody has insecurities, and those insecurities can often cause us to freeze up and close in on ourselves, but owning those insecurities doesn’t change them, it only makes us more comfortable in our own skin. And I am proud of Jodi for owning her differences and choosing to love herself, but the way Tall Girl and Tall Girl 2 frame her struggle is not through insecurity— it’s through height. In a day and age where diversity in characters and oppressive systems are being called out, the movie feels a bit tone-deaf. If you don’t believe me, watch it with a critical eye. Both movies are streaming on Netflix now.