Lesbian Nuns Behaving Badly in "Benedetta," a New Film From the Director of Cult-Classic "Showgirls" 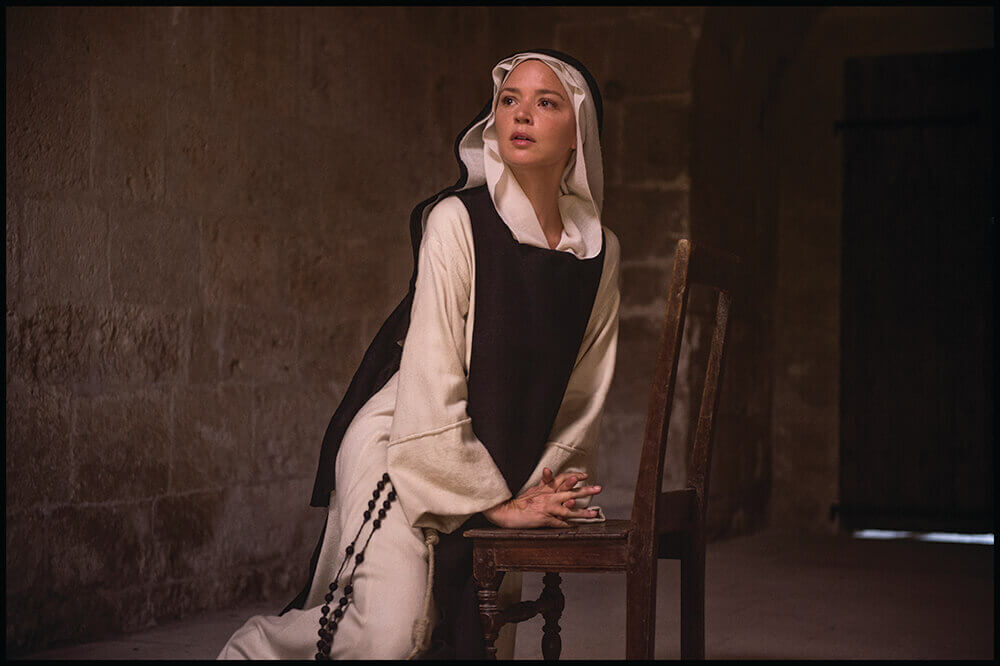 Co-written and directed by Paul Verhoeven

Inspired by Judith C. Brown’s biography Immodest Acts: The Life of a Lesbian Nun in Renaissance Italy, Benedetta is exactly what you’d expect. Sister Benedetta Carlini (Virginie Efira) has baroque visions of Jesus, bleeds copiously from stigmata wounds, and succumbs to the wiles of a gorgeous neophyte named Bartolomea (Daphne Patakia) who fingers Benedetta’s bum during services. As Benedetta gains power at the convent, the sisters begin to suspect she’s full of BS, especially the pragmatic abbess (Charlotte Rampling). The plot thickens with political intrigue and allusions that may be lost on viewers lacking historical context—but let’s face it, we’re really here to see Benedetta and Bartolomea ditch their nuns’ habits and pick up some bad ones. When it comes to nunsploitation, Benedetta’s blasphemy falls somewhere between Black Narcissus (1947) and The Devils (1971). And its New York premiere even drew protestors—in this day and age, that’s nothing to sniff at. –jenni miller