10 of the Best Woman-Centered Films of the Past Year, To Watch New Year's Day 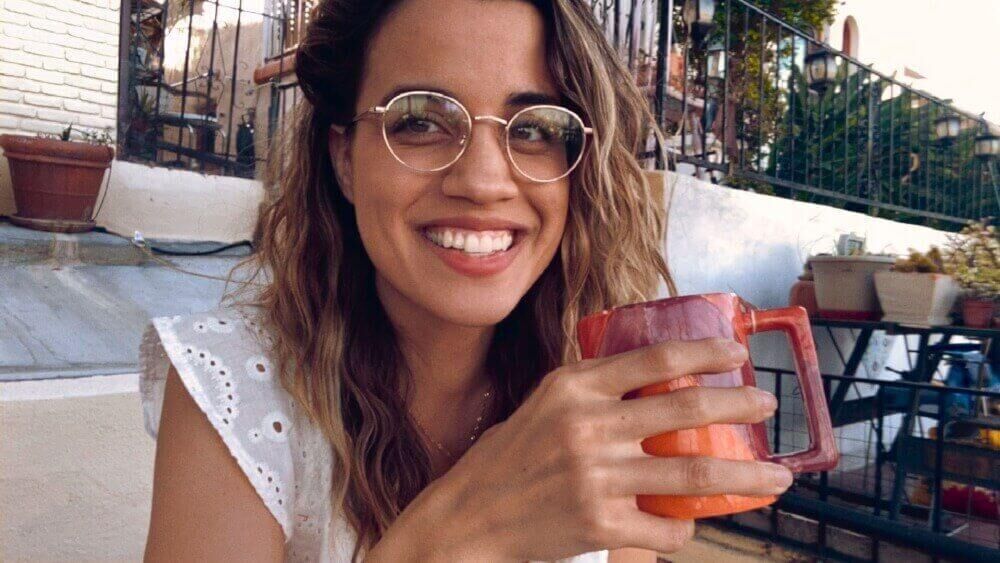 With New Year’s Eve approaching, you can be sure of one thing: the equally notorious and lazy January 1st is coming. In case you were looking for movies to binge-watch all day long to get over the craziness (or loneliness—hi Omicron!) of the previous night, we have gathered a list of 2021’s must-watch films about, starring, or created by women. 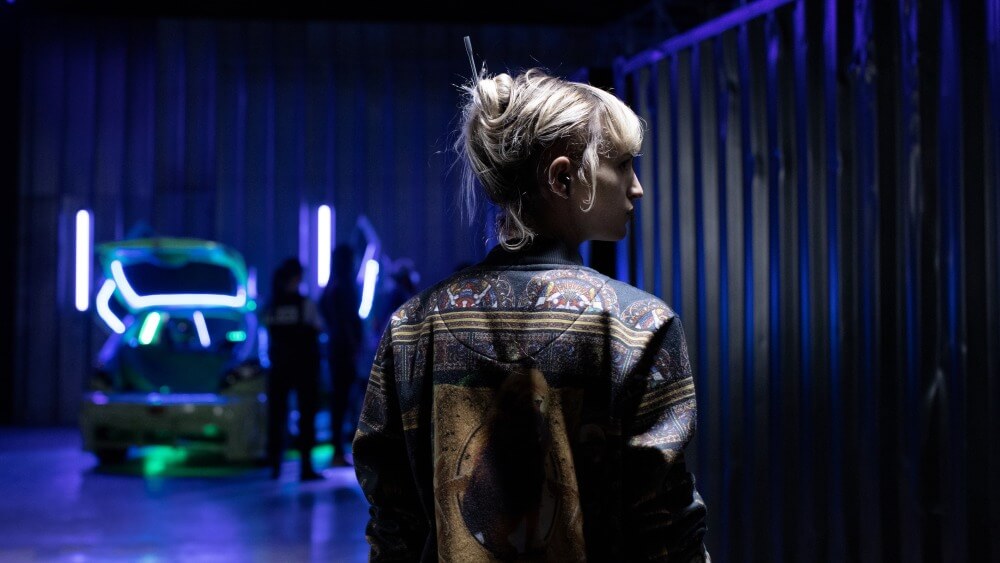 Winner of the Palme d’Or at Cannes in 2021, Titane is a disturbing move intersecting between family drama, sci-fi, horror and homoretism at times. Julia Ducourneau’s second long feature after Raw, is a technical and storytelling tour de force going against the flow of the French movie industry. Featuring Agathe Rousell as her first big role, and Vincent Lindon, one of most prominent French actors, the movie is a strong, disturbing, and at times violent depiction of a father/son relationship. 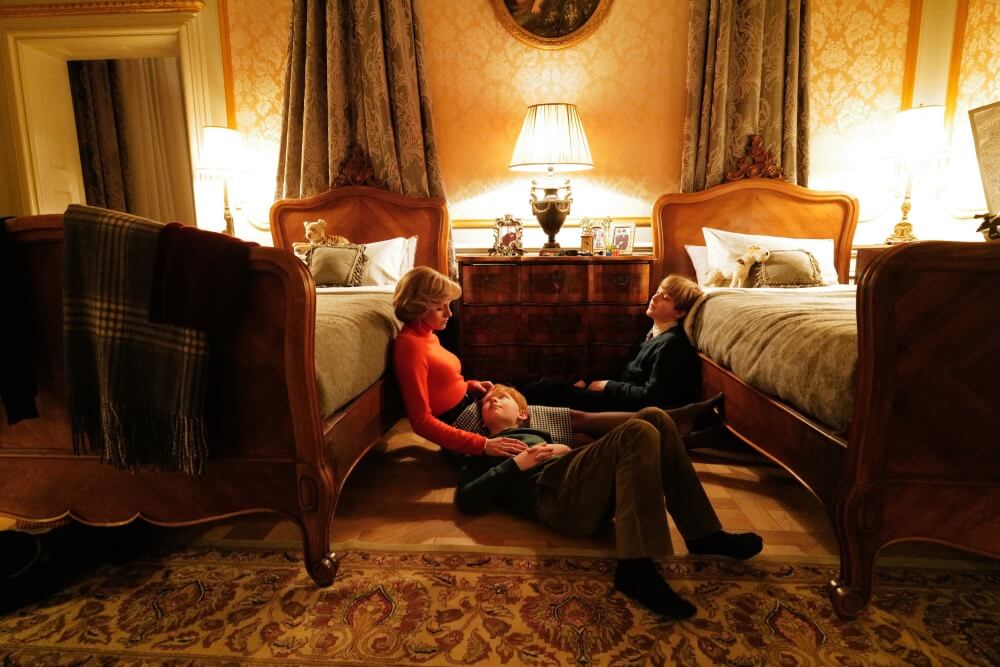 As Christmas approaches, Spencer is the not-so-perfect, holiday movie to watch. Directed by Pablo Larrain (Jackie) and starring Kristen Stewart as Princess Diana, the movie is as much resplendent as it is devastating. Taking place over three days: Christmas day, Christmas Eve and Boxing Day of 1991, Spencer is a poignant exploration of depression, eating disorders, and what it’s like to be a part of the British Royal Family. Kristen Stewart’s memorable performance has led her to be nominated for a Golden Globe Award for best actress. 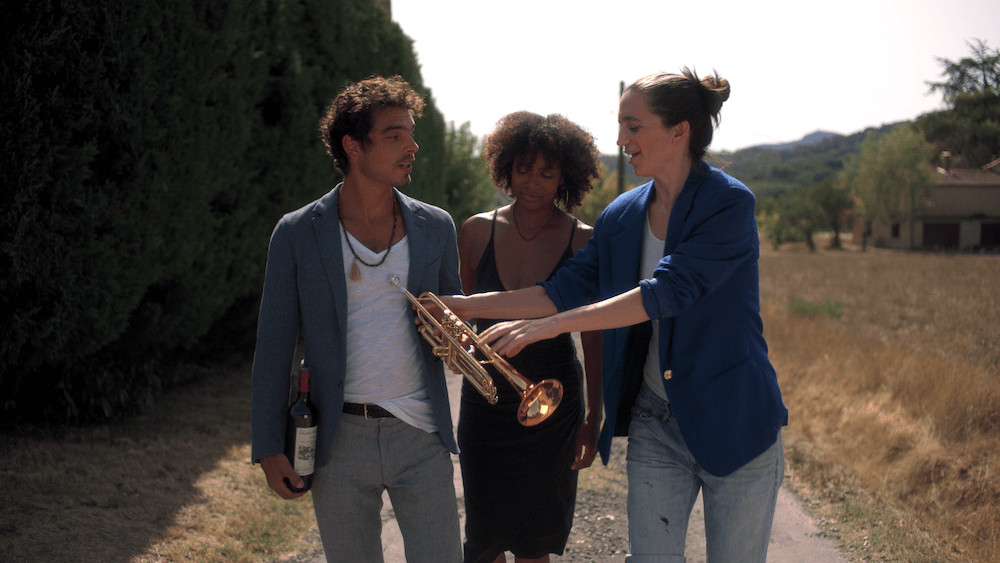 Polyamorous relationship, depression, and South of France, Ma Belle, My Beauty, directed by Marion Hill, sees Bertie (Idella Johnson) and Fred (Lucien Guignard) move to the South of France right after their wedding. Later meeting again with Lane (Hannah Pepper-Cunningham)— part of their polyamourous relationship which complicates everything. Ma Belle, My Beauty portrays a, rarely seen, positive light on this kind of relationship. 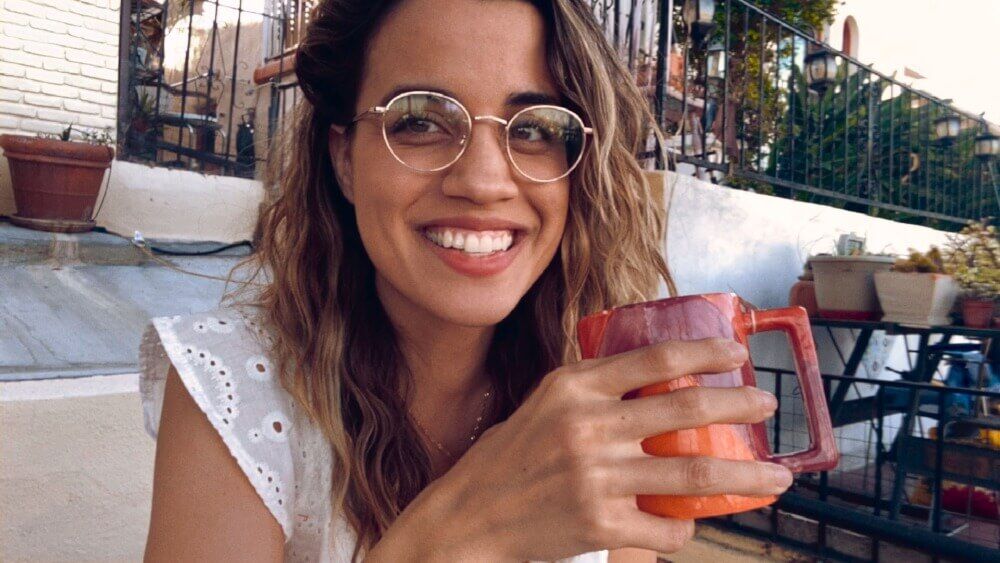 The Zoom application has taken over a significant part of our lives in the past couple of years, and Natalie Morales understood how to take advantage of it. Her debut film, Language Lessons, that she co-wrote and co-starred with Mark Duplass, was entirely filmed over Zoom. A touching illustration on grief and online friendships, almost making you feel like you are spying on them. Full of charisma, the characters get to know each other at the same time the viewer is learning to know them. 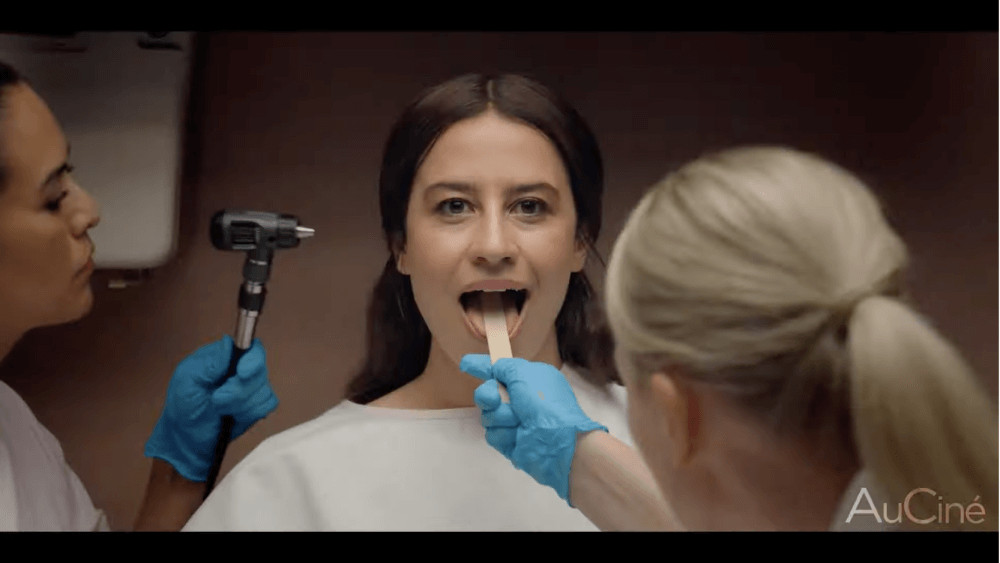 False Positive is a terrifying illustration of how the patriarchy is infiltrating every part of a society—mostly the medical field. Directed by John Lee, this movie is a thrilling, bone chilling exploration of how child birth is set to benefit the patriarchy. Starring Ilana Glazer as the main character, she is portrayed as the vessel of her husband’s (Justin Theroux) misogynistic desires. Between confusion, manipulation and thirst for revenge, False Positive is a strong and memorable movie on pregnancy.  Streaming on Hulu 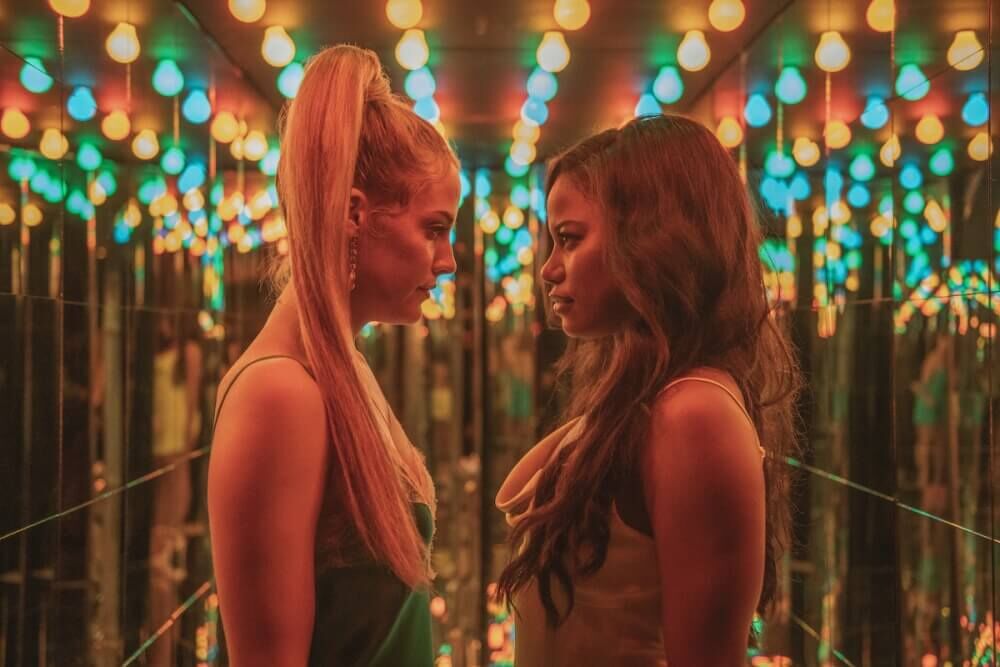 Zola is an absolute tour de force when it comes to understanding the central place social media takes in our lives. Instead of being inspired by a book, Janizca Bravo’s movie is based on a viral Twitter thread written by Aziah “Zola” King. Narrated by Taylour Paige, the movie is a hilarious, and sometimes disturbing adventure centered around stripping, sex work, and absurd dialogues.

Gatherings with family can turn out to be painful and boring experiences, in Shiva Baby, it’s neither of them but mostly stifling, hilarious and extremely relatable. Directed by Emma Seligman, the movie is focusing on Danielle (Rachel Sennott) when she has to go to a funeral in which she meets her sugar daddy, her ex-girlfriend, and is facing incessant questions about her studies.

Together Together by Nikole Beckwith 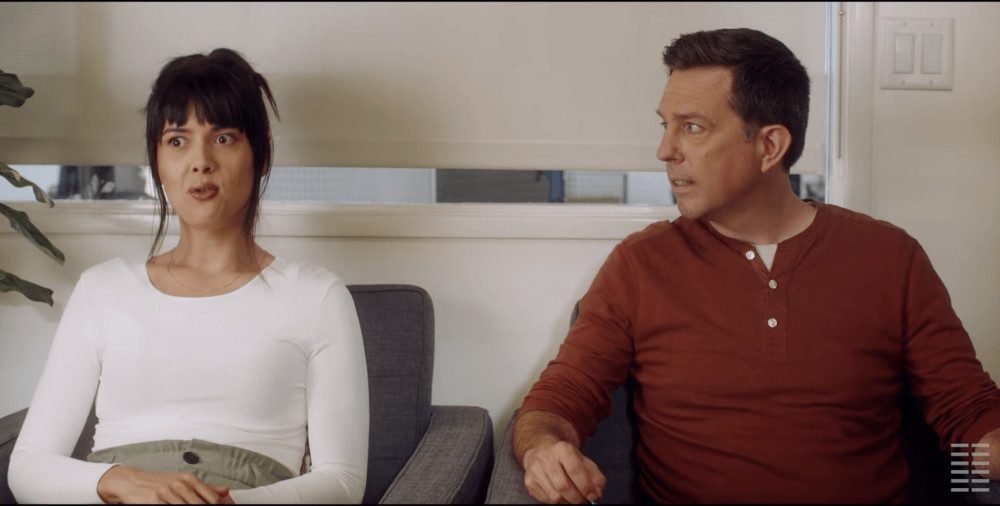 In Together Together Ed Helms and Patti Harrison offer a touching performance on pregnancy and surrogacy. Directed by Nikole Bekwith, the movie features Matt, a single man who wants to become a father, and Anna, a twenty-year-old barista who offers to be his surrogate. Together Together is poignant for representing the depersonalization that pregnancy can occur for a person. 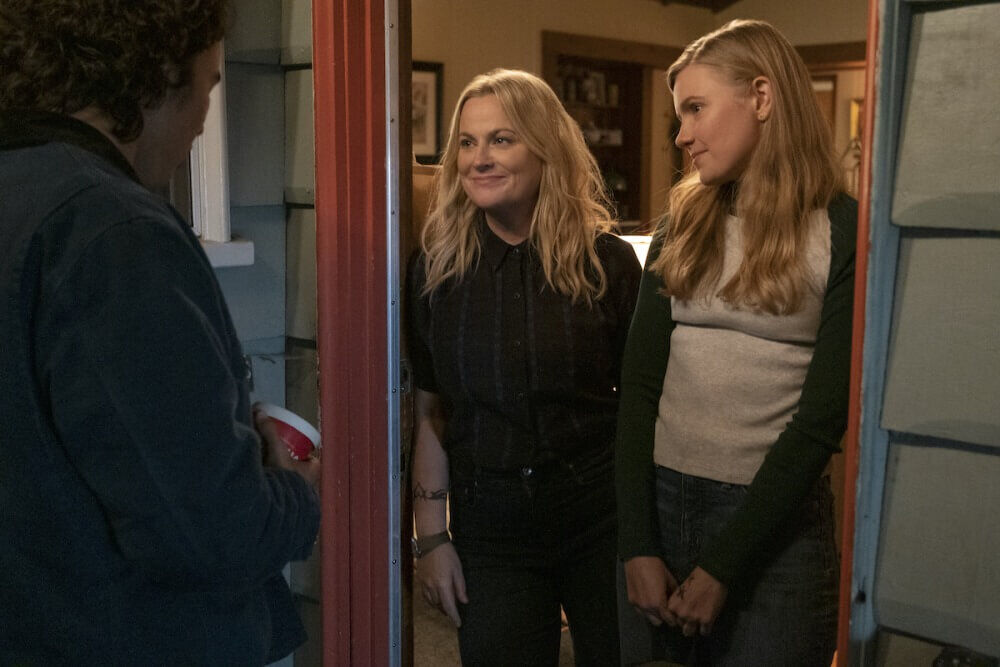 Based on the novel of the same name by Jennifer Mathieu, Amy Poehler’s take on Moxie is a heartfelt exploration of growing up as a teenager. Starring the director as the mother, and Hadley Robinson as Vivian, this movie is a reality check on the importance of teenagers’ interests and feelings. It is also a tale of feminist heritage as Vivian gets inspired by her mom’s old feminist zines to fight against the sexist harrassment at her high school.

Tags: feminist films , movies starring women , movies about women , female-centered movies , best films of 2021 , best-of list
Support Feminist Media!
During these troubling political times, independent feminist media is more vital than ever. If our bold, uncensored reporting on women’s issues is important to you, please consider making a donation of $5, $25, $50, or whatever you can afford, to protect and sustain BUST.com.
Thanks so much—we can’t spell BUST without U.