Kristen Stewart Crushes It As Princess Diana In "Spencer," Giving a Touching and Humanizing Portrayal of the Beloved, Yet Tortured British Royal Family Member 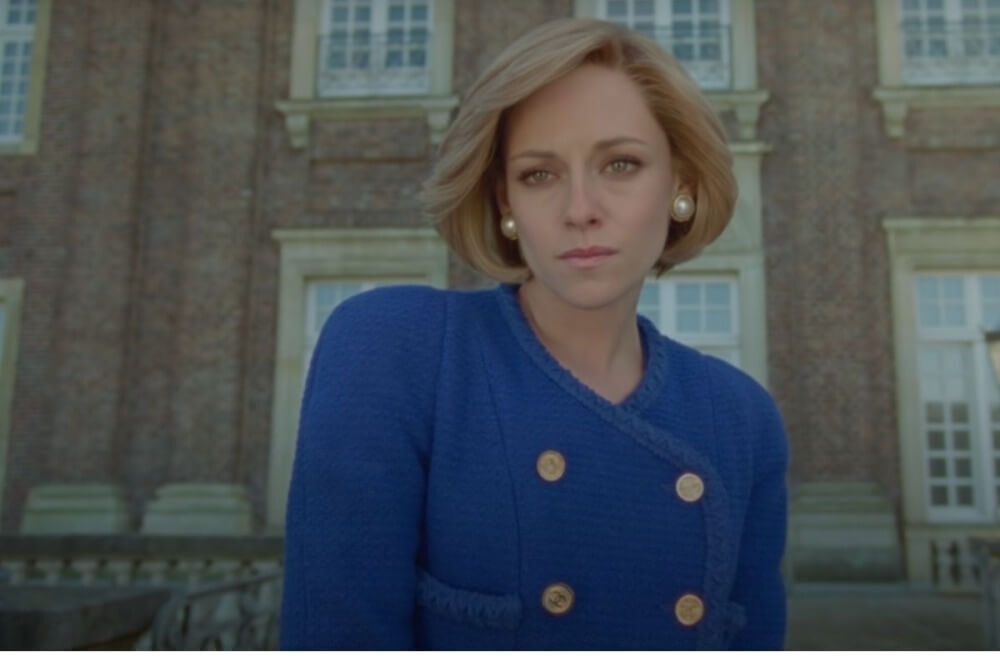 Pablo Larraín’s Spencer is a tender, difficult, resplendent, and devastating movie. It is very, very good. Kristen Stewart brings all her formidable powers to bear, blazing through the screen with a flamboyant, heartsick chaos that sears through quiet dialogue and tense, terrible scenes of solitude.

Part of the challenge of the movie—and part of why it was such a hot-button topic in its casting to its star’s accent—is that Diana seems untouchable. She is so beloved, so deeply mourned, so tragic that it becomes difficult to embody her with meaningful, adequate scope and energy on screen.

The Queen (2006) and The Crown Season 4 (2020) both approached the character of Diana tremulously, self-conscious of the beloved aura around the late princess and reluctant to dip their toe into anything more complicated than the pure tragedy of her loss. Spencer’s Diana, on the other hand, is viciously present.

The movie takes place over three brutally intense days:  Christmas Eve, Christmas, and Boxing Day, 1991. The movie has a sense almost of an Agatha Christie country home murder mystery: the full British royal family is confined—most largely stoic but instantly recognizable—at Sandringham House under unflinching regulation, surveillance, and silence. The tone of the holiday is one of tension and oppression: exactly the opposite of expectations for a Yuletide family gathering.

As the film opens at the beginning of the Christmas holiday, Diana is still destined to be the Queen of England, trapped in her broken life with the maddening awareness of a sane inmate in a Cuckoo-style asylum. By the end of the three days, it is clear Diana will never be queen. The balances tip toward her freedom, but instead of relief freedom feels like free fall. It is something of a comfort to know, out of narrative, that she will eventually have a life free from the bell jar we find her in, if only for a few years. As the film says in its opening frames: this is a fable based on a true tragedy. But the tragedy of this story isn’t the limp default that I’ve seen in so many other narratives.

It has been a decade since Diana’s iconic fairytale wedding to Prince Charles.  Jack Farthing, (The ABC Murders) gives a convincing performance as Diana’s royal husband who now barely speaks to her and is careless enough to buy the same elaborate pearls for both his wife and his mistress.

Jack Nielen and Freddie Spry (both in debut film roles) appear as an observant William and an adorable Harry.  William is about nine years old—old enough to recognize his mother’s pain, but equally unable to combat it. Timothy Spall (Harry Potter) stalks the hallways as a militant servant, explicitly hellbent on the royal image of dignity and control, made clear in a number of stony monologues. The compassionate but circumspect head chief, Darren, played by Sean Harris (The Green Knight,) is one person who conspires to try to console and to protect Diana, but ultimately, Sally Hawkins’ Maggie, (Shape of Water) appears as the one true ally Diana can rely on in the shitstorm that is life in the royal family.

Adrift in an eating disorder, the mother of two is largely out of control of her own life as it is viciously subsumed by the demands  of her family-in-law. Even her private failures, like her frenzied imaginings of Anne Boleyn (Amy Manson) stalking her from the shadows, feel like a sort of victory because they are purely hers. It is a truly miserable setting. Stewart creates a character who can catch and transmit that mood with devastating clarity.

Diana is haunted, angry, restless, and a  dreamer. She is immaculately lovely in each and every frame, wielding beauty and presence with self-aware power. Part of the pain that radiates from every precise moment of the film is that Diana is fully intellectually and emotionally aware of the trap where she has landed. The dream of her life has turned sour, and she cannot reasonably act against the decline. Anne Boleyn appears as a warning specter—the royal bride of a cheating royal husband, whose life itself was stripped away at the behest of his temper and lust. How true to life is this spiral is feels questionable—but the emotional sincerity of it hits home, even if it’s not true to literal events.

This version of Diana on screen in Spencer is certainly a character, rather than a reincarnation: she isn’t conjured from strict references and recordings, but from raw emotion. She appears as a storm—the opposite of the doe-eyed Crown presentation. But this stormy, unbalanced Diana is far more human, far more aching, than her previous screen counterpart.

Some viewers may find this intimate, loose vision of Diana disrespectful. Larraín and Stewart definitely do not tiptoe with this character—and it was initially jarring, to see this icon of a woman tumbling apart, out of control of herself and her world. But her brilliantly, determined strength is clearer than it could possibly be in a quiet, tame, sad Diana like The Crown’s. Diana feels dangerous and strong and genuine through Larraín’s lens, fiercely holding herself apart as an individual against enormous odds and strains. The film ends with Charles walking into a Boxing Day gathering with the Queen, played by Stella Gonet (The Crown,) in a stiff but resigned terror as he is about to open his mouth and reveal his decision—or rather, his appeal to the powers the be—to end his marriage.

The emotions of Larraín’s Spencer are vivid and articulate. At times, they run the risk of being heavy-handed, but once of the temperament of the movie is clear, its emotive weight feels poignant rather than unsubtle. I had to check that my mask wasn’t tearstained before leaving the theater.

This performance is undoubtedly one of Kristen Stewart’s best, alongside Personal Shopper, a monumental victory over a near-impossible role.