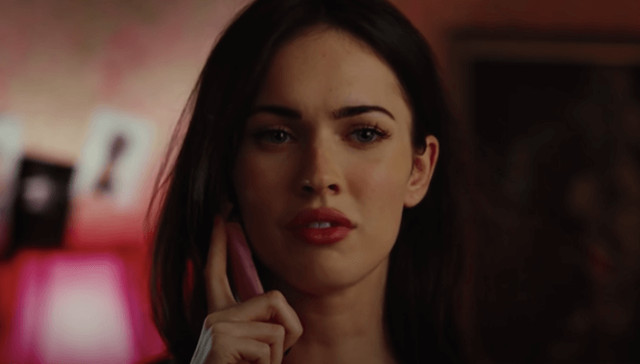 When it first hit the big screen in 2009, Jennifer’s Body was by no means a box-office hit, grossing a mediocre $31.5 million worldwide against a $16 million budget. The now-iconic horror comedy, which stars Megan Fox as a high school cheerleader possessed by a man-eating demon, suffered from a marketing campaign that couldn’t quite pin down its target audience.

While director Karyn Kusama and screenwriter Diablo Cody intended for the film to speak to a young, female demographic, studio advertisers had different ideas.

“In those conversations, I was like, Oh, OK, we are seeing either we made a movie that they see completely differently, or what’s in front of them is something they don’t want to see,” Kusama told Buzzfeed News. “And at the time it was painful, but now I’m realizing this is evident of the world at large.”

The film’s title itself was intended as an ironic commentary on female objectification, but this became lost in the many ads and posters highlighting Megan Fox’s body and sexuality as the film’s major “sell.”

As the film began its theatrical run in September 2009, it attracted an audience not of teen girls – who would, presumably, identify with the plights of the teenage protagonists – but rather, straight men. In fact, the “shocking” sleepover kiss scene between Jennifer (Fox) and her best friend, Needy (played by Amanda Seyfried), featured heavily in the film’s marketing campaign as a way to attract bros to the box office.

Alas, this exploitative strategy was still not enough to get the film its expected turnout. Jennifer’s Body raked in a modest $6.8 million on its opening weekend, compared to the $7.9 million opening of fellow horror film Paranormal Activity that same year.

But as time passed, Jennifer’s Body shifted into a very different cultural niche. As new feminist movements took shape and enormous strides were made for the LGBTQIA+ community, popular reception of the film evolved into one both cult-like in devotion and inspiring in the social ideals it represented. Refinery 29 deemed Jennifer the “feminist revenge hero who came too early” while Vox called the film a “feminist cult classic.”

Now, with the #Metoo movement, many of the film’s original scares have developed an additional layer of horror, this time with their stark presentation of sexual assault and male power structures.

Jennifer’s kidnapping and abuse by a group of men has become more than a frightening plot point; it’s a condemnation of all the real-life, egregious abuses that have come to the fore and now dominate our news cycle.

The horror genre has often depicted female sexuality as a dangerous (even deadly) taboo, but Jennifer’s Body embraces it as a source of empowerment for its characters. True, Jennifer is not a sympathetic victim of abuse; rather than justifiably going after her attackers with her new inner-demon, she targets random, innocent people. This, however, is a feminist statement in itself: there are no perfect victims. Jennifer turns into a monster (literally) and wreaks havoc across her town, but this doesn’t change or excuse the abuse she suffered. If anything, it amplifies it.

Over the last five years in particular, Jennifer’s Body has been widely re-evaluated in the context of its queer representations and heralded as a lesbian love story ahead of its time. The same kiss scene that was originally marketed for the male gaze has since been examined as a testament to the highs and lows of same-sex attraction. Jennifer and Needy exhibit all of the denial, yearning, and passion that come with evolving queer identity.

Cody told Buzzfeed News that she included the Needy-Jennifer kiss in the script to show that, despite her denial and confusion, Needy is undeniably in love with Jennifer. While the film’s queer subtext may have flown unnoticed in 2009, Cody believes that contemporary audiences are able to pick up on this emotional complexity “without me dropping an anvil on them.”

Jennifer’s Body needed cultural norms to evolve before it could prove itself to be more than a sensationalist horror flick, and now it’s finally getting its due. Megan Fox herself revealed to the New York Post that she’s had countless girls thank her for helping them explore their sexuality.

“I can’t tell you how many girls, from 30 down into their teens — or, f–k that, my age, too — come up to me and are like, ‘I realized I was gay because of you,’ or ‘I felt comfortable coming out because of you,’ because of ‘Jennifer’s Body,’” the 35-year-old actress told the Post.  “If my purpose on Earth was to help one girl come out of the closet and feel OK about it, I had an amazing purpose here.”

These days, Jennifer’s Body is a regular commodity in queer film screenings and feminist academia. It’s been compared to other flicks like Carrie and A Girl Walks Home Alone at Night as an example of effective feminist subversion of horror tropes and “radical” re-examination of female sexuality. The film can also be viewed as a precursor to recent socially-minded horror hits like Halloween Kills (2021), which examines the phenomenon of the “final girl” and  Thelma (2017), in which a college student finds that her queer yearnings correlate with psychokinetic abilities.

In a 2018 headline, VICE wrote that “Jennifer’s Body Would Kill if It Came Out Today," and yes, it’s admittedly easy to fantasize about a world where the film was released to the critical acclaim and fanfare it deserved. But to dream of artistic justice for Jennifer’s Body is to totally discount the power of cult receptions. What makes the film so powerful is the very way that changing social norms and critical theories have altered its meaning and made it so beloved to feminists and the LGBTQIA+ community alike.

If you have yet to join the Jennifer’s Body fandom, you’re in luck: the film is now streaming on Amazon Prime and is, of course, the perfect movie night choice with Halloween now fast-approaching. So grab your popcorn (and maybe your feminist theory books) and settle in for a night of scares.