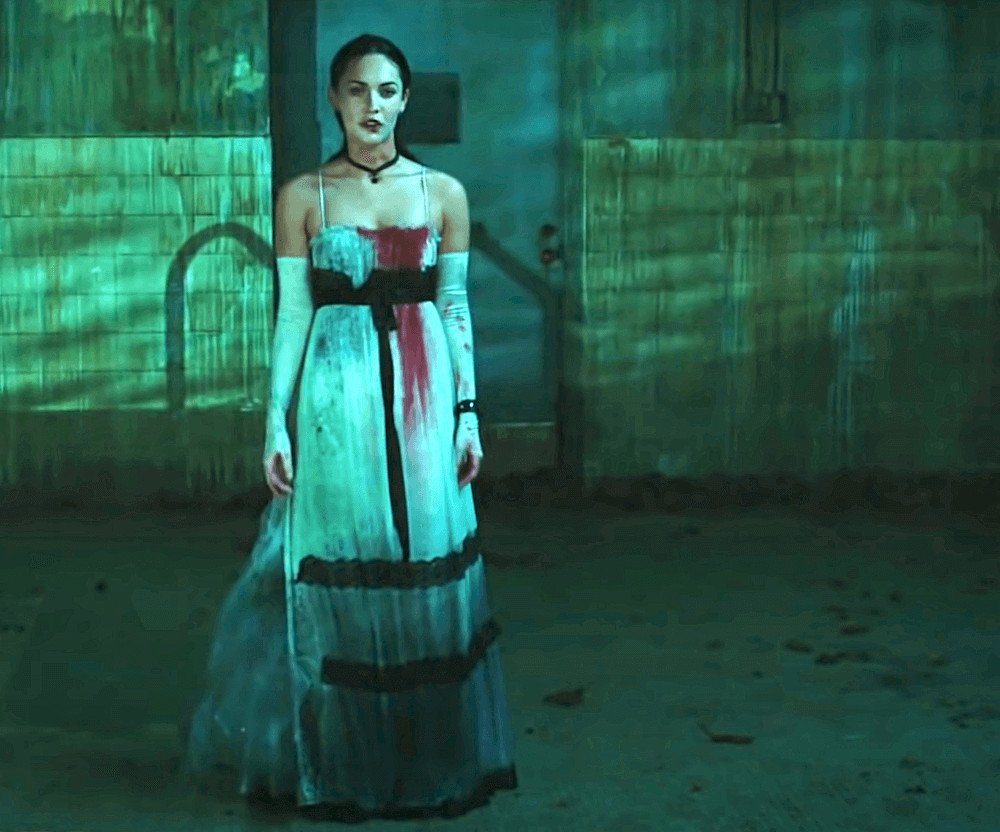 So it's officially October, and what better way to start off Spooky Season than binge-watching some intensely scary movies. Better yet, since we are all about recognizing women in the film sphere, how about a list of some women-directed films that are sure to make your skin crawl. We covered all the bases, some supernatural, some disgusting, some nostalgic, but these are six horror thrillers that you can stream at home in anticipation of All Hallows Eve.

If you’re looking for a retro spin on a modern-day horror tale, The Love Witch will make you feel transported back to the psychedelic age of 1964. This campy portrayal of obsessive romance and sexual horror follows the journey of Elaine (Samantha Robinson), a gorgeous young witch traveling across the coast of California in pursuit of new romance. After the unexpected death of her husband Jerry, Elaine craves the undying love from a devoted suitor. Trained in the art of witchcraft, Elaine concocts potions of everlasting devotion that make men fall to their knees in front of her. Once she grows tired of their clinginess, she “disposes” of them and moves on to her next lover. In her sophomore piece, Director Anna Biller reconfigures the femme fatale trope, melting feminism with witchcraft to show the power women hold as both sexually desired and sexually desiring. Shot in the Technicolor style of ‘60s horror classics like Rosemary’s Baby (1968) or Hitchcock’s Psycho (1960), The Love Witch pays homage to pulp novels of the past and charms viewers into watching Elaine’s love affairs end in death, almost as if we too are under her spell.

Available for streaming on Pluto TV

As a sequel to 1992’s Candyman and the fourth installation in the slasher franchise, Candyman revisits the age-old myth of the Candyman killer. In the 1977 Cabrini-Green housing project in Chicago, many described Sherman Fields as an “odd fellow” who handed out candy to local White children; however, these candies had razor blades inside of them. Police shot and killed Fields in cold blood, only for him to be exonerated weeks later. Another “Candyman” Daniel Robitaille (Tony Todd) provides a different origin story dating back to a 19th-century interracial affair that resulted in his lynching. Legend has it that if you say “Candyman” five times in a mirror, the Candyman’s spirit is summoned to kill you. Flashforward to the present-day, gentrified Cabrini-Green neighborhood, Anthony McCoy (Yahya Abdul-Mateen II) is a struggling artist who becomes wildly obsessed with the Candyman myth. After Anthony designs a mirrored art exhibit at his girlfriend Brianna’s (Teyonah Parris) gallery, more and more spectators fall victim to the Candyman. Anthony begins to unravel his past life in Cabrini-Green, as the Candyman is revealed to be a symbolic reminder of the Black men who were wrongfully killed in racially targeted crimes. Under the direction of Nia DaCosta and co-written by Jordan Peele, best known for his Black horror movies Get Out (2017) and Us (2019), this modern sequel to a decades-long saga continues to inject racial commentary into the forever-evolving horror genre.

With TikTok teens planning their next sexy Halloween costume, the early 2000s horror classic Jennifer’s Body has seen a cultural resurgence over the last year. Best friends Anita “Needy” Lesnicki (Amanda Seyfried) and Jennifer Check (Megan Fox) couldn’t be more opposite. Needy is the nerdy “plain Jane” who has always been second (and needy) to her childhood best friend, Jennifer. The stereotypical smoking hot, popular cheerleader Jennifer befriends an indie rock band, Low Shoulder, who later drag her into the middle of the woods to perform a Satanic ritual in exchange for fame and fortune. Jennifer, who is not actually a virgin, becomes permanently possessed and begins her rampage of seducing and eating boys. While past critics have deemed the film as just another “teen flick” for teenage boys to ogle at Fox, under a new lens in 2021 many girls see Jennifer’s Body as a criticism of female friendships. Needy is representative of many girls who feel like they’re in their best friend’s shadow. The sexual tension between Needy and Jennifer is laced throughout the film, offering a queer lens that many viewers now find extremely relatable to their own lives. This reorientation of Jennifer’s Body as a feminist film could only be achieved under the direction of Karyn Kusama and her female creative team, with many of us asking if we honestly give a f*ck about how many boys Jennifer killed. Best put in the words of Jennifer Check herself, “Boys are just placeholders, they come, and they go.”

Directed by Cate Shortland; released May 5, 2017

Leaning away from the supernatural end of the spectrum, Berlin Syndrome is probably one of the most freaky choices on this list because it could actually happen to some of us! We follow Clare (Teresa Palmer), a young Australian photographer backpacking across Europe and taking her next stop in Berlin to capture snapshots of Cold War-era architecture. There she meets Andi (Max Riemelt), a German schoolteacher whose charm (and fluency in the English language) whisks Clare off her feet for a one-night stand. Little does she know that the following day she will be locked alone inside his apartment, as the once-charming Andi becomes her captor for the next few months. While many movies focused on captor/captive relationships tend to delve into the complex inner-workings of the kidnappers themselves, evident in M. Night Shyamalan’s Split (2019), director Cate Shortland is effective at focusing our attention on Clare’s enigmatic backstory. Clare is a character that appears at surface level to be an adventurer, a traveler, a creative; however, her gradual retreat into solitary madness keeps viewers on the edge of their seats through every potential escape from captivity.

If you’re a fan of the bloody, gory, gross-out sh*t, then Raw may fit your needs. A coming-of-age horror story chronicles first-year veterinarian student Justine (Garance Marillier), who, you guessed it, loves animals so much that she’s been a life-long vegetarian. Following a hazing ritual where Justine is forced to eat raw rabbit kidneys, she develops a unique craving for raw meat to the point where she accidentally cuts off her friend’s finger and starts eating it (um, awkward). Throughout her transition to cannibalism, Justine begins to get sexual gratification out of eating other’s flesh. Eventually, Justine and her best friend Alexia (Ella Rumpf), who crazy enough is also a cannibal, are iced out by the rest of their class for their weird dietary habits. Alexia and Justine go on to murder and eat one of their friends, Adrien (Rabah Naït Oufella), with Justine left wondering how to return to her former self. Raw was shown at the 2016 Toronto International Film Festival, with some viewers allegedly needing medical attention after fainting during the graphic, cannibalistic scenes. Needless to say, if you’re into watching something that will turn you into a devote vegan, then Raw is your solution.

For fans of Black Swan (2010), Nocturne embodies that all-consuming downwards spiral for success and perfection. Developed under the Blumhouse umbrella, Nocturne looks at classical musicians’ competitive, cutthroat nature in the overwhelming jealousy Juliet (Sydney Sweeney) feels towards her twin sister Vivian (Madison Iseman), a Julliard-bound piano prodigy. Juliet begins to vilify her sister for her success. Zu Quirke intertwines the sheet music throughout the film, almost manifesting Juliet’s inner thoughts and mania. Music becomes integral in both the character’s lives and horror thematics. As opposed to many other films on this list, Nocturne is pure horror because it reflects reality. Sweeney, best known for her role as Cassie on Euphoria, offers brutal psychological destruction of a woman who must prove herself, even if it ends in death.

Tags: scary movies , halloween , halloween films , thriller , horror films , films directed by women
Support Feminist Media!
During these troubling political times, independent feminist media is more vital than ever. If our bold, uncensored reporting on women’s issues is important to you, please consider making a donation of $5, $25, $50, or whatever you can afford, to protect and sustain BUST.com.
Thanks so much—we can’t spell BUST without U.