Karen Dalton Documentary—Behind the Scenes With "In My Own Time" Co-Directors: BUST Interview 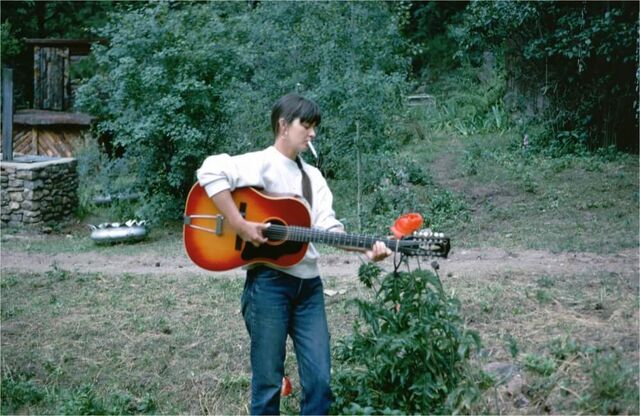 Karen Dalton is a name that more fans of Blues and Folk music should know, but don't. Revisiting the early 1960s folk-music scene that sprung from Greenwich Village in film, can feel like well-trodden territory, and musicians such as Bob Dylan, Joan Baez, Pete Seeger, and Woody Guthrie are considered folk music legends. Karen Dalton sprung from the same era, but never quite received her due. Passing away in 1993, the guitarist and banjo player had been an underground favorite slowly gaining popularity over the last 50 years. Musicians like Nick Cave, Adele, and Joanna Newsom have even shouted her out as an influence. And now, thanks to a new documentary, the unsung legend is finally getting her flowers.

Karen Dalton: In My Own Time is a personal, affectionate portrait of a musical artist, full of stories from friends, family, and collaborators and rich with artifacts from Dalton’s personal archive. The film is directed by Richard Peete and Robert Yapkowitz, who met working in the props department of Debra Granik’s film Winter’s Bone, eventually became roommates, besties, and now co-directors. While working together the two also discovered a shared love for Dalton’s music and set out to make a film to share amplify her story to the world.

BUST sat down with Peete and Yapkowitz to talk about the making of the film, Karen’s legacy, and what kind of artist she might be today.

BUST: Once you had discovered your shared love of Karen Dalton, how did the idea for the documentary come about?

RICHARD PEETE: We were at a bar in Brooklyn, where we lived, and all of Karen's peers were on the jukebox but Karen wasn't. We decided that if anyone was going to make a documentary about Karen then we should, and we'd get Karen on the jukebox.

ROBERT YAPKOWITZ: The movie came out of [our] love of the music and this realization that a documentary about a specific musician can really help get a new set of eyes on them, and expose them to a new generation, people that wouldn't have had access to them before.

RP: It's been cool hearing the different reactions from people seeing our film—there are new fans, and then we there are also people who have loved Karen for years and are finally getting to see footage and hear her talk for the first time, and access to these journals and diaries that nobody's had access to before.

B: How much information was available when you started?

RY: There was a very small amount of footage that we knew existed because it had been released on a DVD with a reissue CD in the early 2000s. And we knew these fragments of stories, but one thing people who knew her kept coming back to were the contrasting elements of her personality. She was on one hand very strong and confident in her abilities, but on the other hand very fragile and hesitant to allow herself to be vulnerable.

RP: If Karen was a musician now and had access to the internet and could just record in her living room, [she would have had] the ability to get herself out there, without physically putting herself out there. 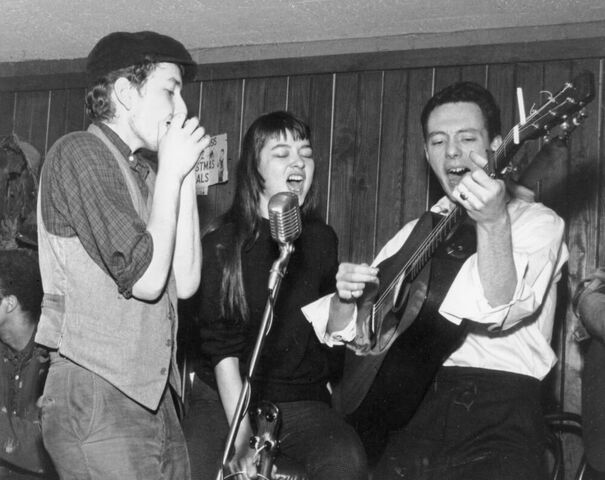 B: At what point did you learn about her personal archive and gain access to it?

RP: It was pretty early on. Our first interview was with Peter Walker up in Woodstock, and he had the most information for us. It was our first stop, so we were like, “Oh, this is going to be easy, look at all this great stuff we found" and it didn't work out like that. He let us film and scan a lot of stuff but not everything. It wasn't until a few years later, when he realized how serious we were and he trusted us, that he let us go back up there and scan the rest of the journals and diaries.

B: What was collaborating with Karen's friends and family like? Were they protective of her?

RY: We had spoken to people on the phone quite a bit and had built relationships before we went to interview them. By the time we got to them they were comfortable in speaking frankly about most things. It just took a little bit of time. Even though there are tragic elements to her story, it feels like everyone who knew her is more proud of her than anything else. They're proud of the music she left behind. It overshadows any sort of negative experience they may have had with her. This many years later, they look back on it and they're proud to have known someone and played music with someone who created something so unique.

B: How did Angel Olsen get involved, and what was the process of recording Karen’s journals like?

RP: It took a while to figure out how we wanted to use the journals. We had a friend do voice over and we learned that it's got to be the perfect person. We needed somebody that could perform and deliver because this was the emotional heartbeat of the film. And we knew Angel was a fan. It was just a perfect way for her to contribute, and she nailed it. She got the nuance and the certain little comedic beats and the sad parts. She did a really incredible job.

RY: It's nice to have someone else like Angel read it just to contribute in some way besides sitting down and giving an interview and saying "I love Karen Dalton's music" you know? There's only so many times you can hear that before it loses its meaning, so to have people like Angel and Julia Holter, who did the score, contribute in those ways is not only showing their support for Karen and her legacy, but it's also truly helping tell the story. 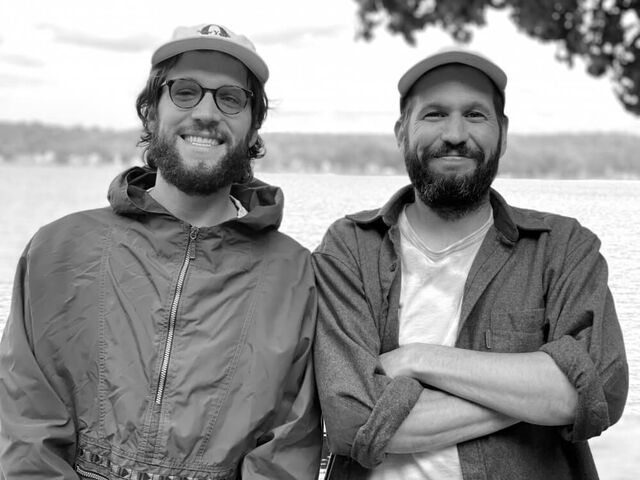 B: What are your favorite Karen Dalton songs? Are there any modern songs you wish she could cover?

RY: My favorite Karen Dalton songs at the moment are "Same Old Man," on her second album In My Own Time, which Light in the Attic records will be releasing as a special edition in honor of the 50th anniversary. And I love her version of "Reason to Believe" right now, of course.

RP: I've been listening to "Blue Notion" a bunch, and of course, "Something On Your Mind," her version of "Remembering Mountains." Hearing her do a version of Kurt Vile or Nick Cave or St. Vincent or something, I'd like to see her take on some of their tracks.

RY: I'd love to hear her duet with Courtney Barnett. Someone like Vagabon as well. There are so many great artists coming up now, great female artists with really unique voices.

Karen Dalton: In My Own Time is open now at Film Forum in New York City, and will premiere on October 8th in Los Angeles, Oklahoma City, and Tulsa before being released to streaming platforms on November 16.

[This interview has been edited for clarity and brevity purposes.]