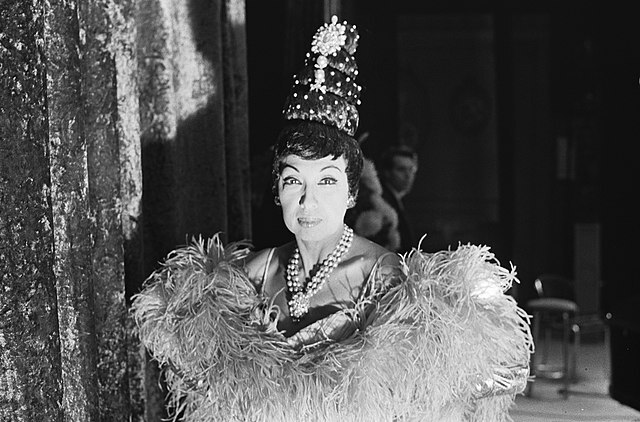 In its latest curated collection, the Criterion Channel highlights the work of the “Queen of Paris” herself, Josephine Baker. The actress, dancer, activist, and French Resistance hero was born in St. Louis on June 3, 1906 but achieved international fame in France, where she spent most of her adult life and built her legendary entertainment career.

Baker started out in Paris’ illustrious cabaret halls, where her magnetic persona soon elevated her to the silver screen. With her 1927 film debut, Siren of the Tropics, in which she plays a West Indian girl who falls for a French traveler, Baker became the first Black woman to star in a major motion picture. Tropics is included in the collection along with Baker’s first talkie, Zou Zou (1934), a backstage musical surrounding a Black woman (Baker’s) unrequited love for her white childhood friend.

The collection also features the 1935 comedy Princesse Tam-Tam, in which Baker plays a shepherd girl who rises through the ranks of French society with a faux princess persona. The last film in the collection, La revue des revues (1927), highlights Parisian nightlife in true Roaring Twenties fashion, with Baker’s extravagant dance segments embodying all the glitz and glam of post-war Paris.

Baker rose to fame during the rampant imperialism of the 1920s, meaning most of her onscreen roles showcased her as the object of colonialist fantasies. The actress’s many racially-charged nicknames included “Bronze Venus,” “Black Pearl,” and the “Creole Goddess.”

It’s near impossible to separate Baker’s trailblazing career from the overt racial stereotypes of her work. In fact, the image in which Baker is most widely immortalized comes from the 1925 stage show La Revue Nègre, where she descends from a palm tree wearing pearls, wrist cuffs, and a skirt made of rubber bananas to perform a danse sauvage or “wild dance.”

Contemporary critic Pierre de Régnier described the dance as such: “She grimaces, crosses her eyes, wiggles disjointedly, does a split and finally crawls off the stage stiff-legged, her rump higher than her head, like a young giraffe.”

The Criterion Channel addresses the complex dynamic between Baker’s legacy of empowerment and onscreen subjugation through an interview with Terri Simone Francis, Director of the Black Film Center/Archive in the Media School at Indiana University.

“Rather than avoiding the perils of racial-sexual representation, she danced in to them, laughing as she drifted between respectability and ‘waywardness,’” Francis wrote in a recent Literary Hub essay on Baker. “Baker was an adventuress and an artist who took major risks—and in doing so opened up possibilities for thinking through performance in film history.”

This Criterion Channel collection arrives with the news that Baker will be memorialized in the Panthéon of Paris with an honorary ceremony on November 30. Inclusion in the Panthéon is one of France’s highest national honors and has only been bestowed to 80 other people, including Victor Hugo, Voltaire, and Marie Curie.

Baker will be the first entertainer, sixth woman, and first ever Black woman to receive this honor.

“World-renowned music hall artist, committed to the Resistance, tireless anti-racist activist, [Baker] was involved in all the fights that bring together citizens of good will, in France and around the world," said Elysée Palace, the official estate of French President Emmanuel Macron, in a recent statement.

Baker will be further commemorated in an upcoming limited series based on Sherry Jones’ 2018 novel, Josephine Baker’s Last Dance. Actress Paula Patton, best known for her work in Mission: Impossible – Ghost Protocol (2011) and Warcraft (2016), optioned the rights to the novel in 2019 and is slated to star in and produce the TV project. Further details about the production have not yet been announced.

“Josephine Baker had an incredible life and was a remarkable woman,” Patton told The Hollywood Reporter. “It’s been a childhood dream of mine to play such an inspirational person and I am thrilled to have the opportunity to tell her story.”

The “Starring Josephine Baker” collection is now streaming on the Criterion Channel for subscribers only. Subscriptions start at $10.99 per month with a free, 14-day trial option.

Tags: Josephine Baker , Criterion Channel , France , Film , Black Women , first black superstar , the josephine baker story.
Support Feminist Media!
During these troubling political times, independent feminist media is more vital than ever. If our bold, uncensored reporting on women’s issues is important to you, please consider making a donation of $5, $25, $50, or whatever you can afford, to protect and sustain BUST.com.
Thanks so much—we can’t spell BUST without U.