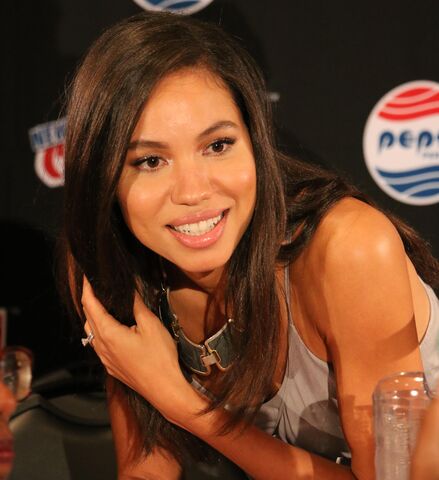 “Guess the Carney is out of the cage!” exclaimed Birds of Prey actor Jurnee Smollett. The actor, who starred as Black Canary in the 2020 Harley Quinn vehicle, confirmed that her character will be getting her own stand-alone sequel, in a tweet last Friday.

Guess the Canary is out of the cage! 🤪 So excited to finally embark on this adventure with my creative soul sis @MishaGreen. 🖤💛 #blackcanary #dinahlance #lettttssssssgoooooo ahhhhhhhhh!!!!! https://t.co/GocuNdEn6E

The project will be helmed by Misha Green who most recently wrote and created critically acclaimed, but short-lived HBO show Lovecraft Country. The sci-fi show set in the segregated,1950s American South, also featured Smollett as Letitia Lewis, who's on a journey in search for her friend's missing father. Green and Smollett first worked together on Underground, a dramatic series on historical stories of the underground railroad in Antebellum Georgia, which ran for two seasons between 2016 and 2017 on WGN America.

In August 2020, the friends and co-collaborators expressed interest in working together on a stand-alone Black Canary movie in an interview with Variety. “I mean, you can’t help but imagine it a little bit,” Green told Variety, “It’d be exciting, I know that.” Smollett agreed, saying, “If [the] dynamics fell the right way, I would absolutely do it in a heartbeat, and Lord knows, I follow Misha wherever she leads me.”

There’s no word yet on when we can expect production to start, but in the meantime catch the Eve's Bayou actor in the upcoming science-fiction film Escape from Spiderhead. Based on the George Saunders short story of the same name, the film depicts a futuristic society in which experiments are conducted on prisoners given emotion-altering drugs; it is set to be released by Netflix at an undisclosed date later this year. Green was announced as the director and writer for the upcoming Tomb Raider sequel starring Alicia Vikander, reprising her role as Lara Croft. With Green still working on a draft, there have been no announcements about production or a premiere date as of yet.