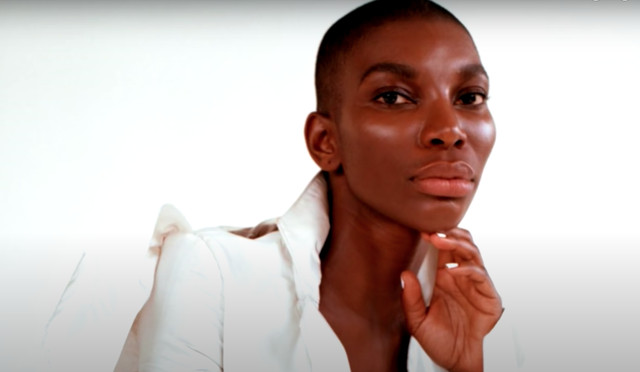 Michaela Coel joins the Black Panther family as… well, we don’t know who yet. What we do know is that Variety reported Coel is on set at Atlanta Pinewood Studios filming the sequel Black Panther: Wakanda Forever. Although details of plot and characters are currently being kept under lock and key, the mystery only adds to the excitement, with many fans eager to find out how writer-director Ryan Coogler plans to continue on without the late Chadwick Boseman.

Coel who first hit the scene writing, directing, and starring in raunchy comedic series Chewing Gum, which ran for two seasons. Most recently she struck gold with provocative HBO Max drama, I May Destroy You, which earned her three Emmy nominations at this year's ceremony. This is not to mention her other roles in shows such as Black Mirror and Black Earth Rising as well as the movies Been So Long and Star Wars: The Last Jedi.

The secrecy surrounding Coel’s role in the Black Panther sequel has left many on Twitter with no choice but to throw out some predictions of their own. A popular fan theory is that Coel has been brought on to play Ororo Munroe, otherwise known as Storm. This speculation is supported by the comics in which Storm and T’challa are married (she’s even listed as his spouse on Wikipedia).

Other fans have thrown in their two cents, wondering if she could perhaps be casted as either Aneka, a captain of the Dora Milaje, or Madam Slay, a leopard controlling supervillainess and lover to Erik Killmonger. Both were originally featured in the Black Panther comics and Michaela Coel would kick ass as either of these iconic characters.

My guesses are Madam Slay, Ororo Munroe, or Aneka.

But I have no idea but I love Michaela Coel joining the MCU. https://t.co/alFHvBLjFF

Hopefully Marvel Studios will soon gives into our demands and reveals which character the British actor will play. But in the meantime keep up the conspiracy theories, and let's see who's on the mark? Regardless of the role she’s taken on, we know she's going to absolutely SLAY.

Look out for Black Panther: Wakanda Forever on July 8, 2022.

From "Killing Eve" to "I May Destroy You," These 8 Women-Led Shows Should Be On Your Watchli