New Documentary by Beth B on Lydia Lunch, The War Is Never Over 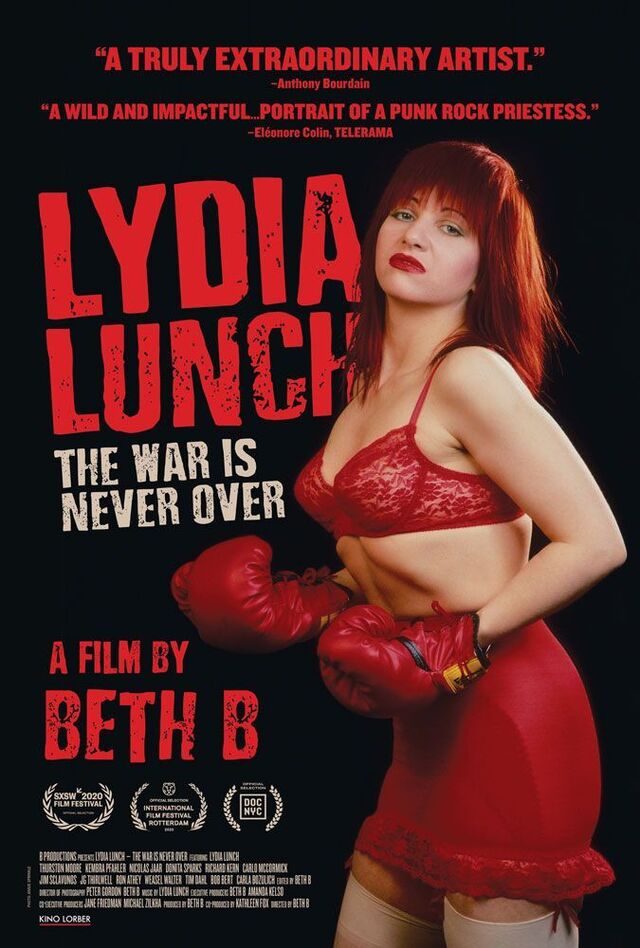 Lydia Lunch has always been a fierce provocateur. After over 40 years of pushing boundaries both artistically and personally, the film and video maker, Beth B, has taken on telling Ms. Lunch’s fascinating and enthralling story in her documentary "The War Is Never Over."

For those unfamiliar, Lydia Lunch has been recording as well as making Indie and underground films and videos since 1979. She has never been on a major record label nor had any mainstream success in the US despite her volume of work which is vast and often unprecedented. The film tells of Ms. Lunch’s growing up in Rochester, NY with a distracted mother and an abusive father. At 16 she decided that she’d had enough so she split to NYC with a suitcase and $200. She met Alan Vega and Martin Rev of the band Suicide and was very inspired by their art as antagonism approach to music which she co-opted, starting with her first musical endeavor Teenage Jesus and The Jerks. This put Lydia and the post Punk “No Wave” genre on the map and she hasn’t looked back since.

After Teenage, subsequent bands like, 8 Eyed Spy, Beirut Slump, Harry Crews, and Big Sexy Noise followed. Along with musical and spoken word collaborations with well known cohorts like Nick Cave and The Birthday Party, Exene Cervenka (X), Sonic Youth, Marc Almond (Soft Cell), Einstürzende Neubauten, and J. G. Thirlwell (Foetus) to name a few. As well as filmmakers, like Ms. B, Richard Kern, and Nick Zedd. Most noteworthy is that Lydia was somehow able to see all of these projects through mostly on her own without much, if any, financial backing. She is the true definition of an “Indie” artist.

Beth B’s personal and professional 40 plus year relationship with Lunch works to her advantage. Ms. B uses this knowledge along with a ton of footage and still photography in a nuanced capacity appropriately in sequence as Lydia’s timeline progresses. This allows Lydia to expound up her radical Feminist perspective and opposition to the oppressive male patriarchy. Beth especially conveys the difference between Lydia’s “Fuck You!” public persona with some of her offstage insights and philosophies. Specifically when Ms. Lunch’s candidly speaks about the sexual abuse which she suffered as a child by her father. This is obviously the first trauma that she endured which informed her subsequent life’s work. 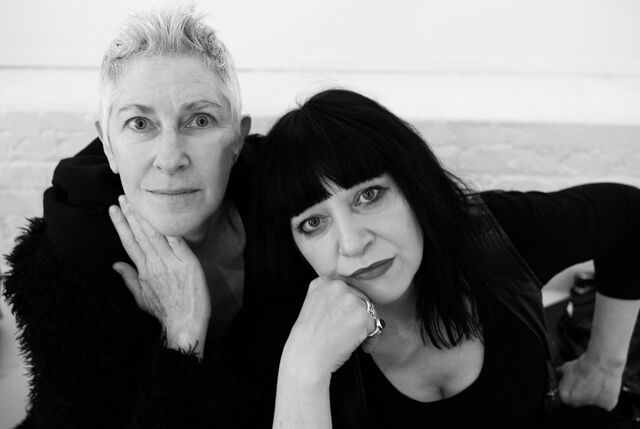 Beth B and Lydia Photo by Curt Hoppe

There are many documentaries presently about various people who inhabit the worlds of art, film, and music. The War Is Never Over stands out because there has never been a subject quite like Lydia Lunch who continues to fight the good fight against all forms of abuse, degradation, and oppression. I can’t imagine her doing anything else.

In addition to the movie, there is a book, LYDIA LUNCH - THE WAR IS NEVER OVER, a companion piece to the film with extensive interviews (some of them done by Beth B) to make up a very comprehensive oral history of Lydia.

Where to view The War Is Never Over: