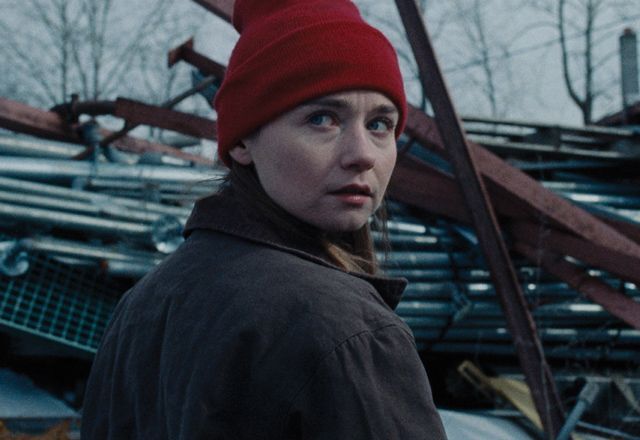 The personal gets political in Holler, a powerful feature debut set in writer/director Nicole Riegel’s hometown of Jackson, Ohio. Jessica Barden (The End of the Fucking World) stars as Ruth, a smart and sullen teen who starts stealing scrap metal when her older brother Blaze (Gus Halper) loses his job at the local factory. With their mom Rhonda (Pamela Adlon) in jail and detoxing, Blaze and Ruth are barely keeping the bill collectors at bay. So, when they’re invited to join the local scrap crew and even move into the crew leader’s nice new house, they’re all in, despite the danger. But Blaze is committed to securing Ruth a better life, so he secretly sends in her college application after she throws it away.

Shot on Super 16mm film during a brutal Appalachian winter, Holler recalls the grainy immediacy of Barbara Loden’s 1970 film Wanda, a major inspiration for Riegel. At times, the narrative feels a little too sketched out, rather than filled in, but Barden’s performance is compulsively watchable and beautifully complicated. This is a unique, uncompromising portrayal of working-class men and women—but especially women—who have been shoved to the margins.

Holler
Written and directed by Nicole Riegel
Out June 11