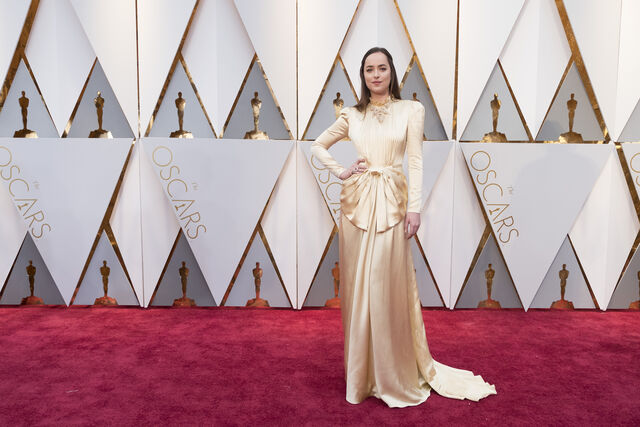 The film will star Dakota Johnson as Anne Elliot, a 27-year-old single woman who, while managing her haughty family’s bankruptcy, is reacquainted with a man she was persuaded to break up with eight years prior, giving her another opportunity for love.

Unexpectedly, Sex God Henry Golding, who will also star in the remake, will not be playing the main love interest, but rather Anne’s cousin, Mr. Elliot. Cosmo Jarvis is cast as Captain Frederick Wentworth, Anne’s estranged former fiance.

There is no word yet on specifics of the modern retelling or how it will impact the storyline, but expect some significant changes from the 1818 novel. For one thing, in the original plot, Mr. Elliot is not only Anne’s cousin, but also a potential marriage prospect, something that might not fly with audiences today.

Filming is currently underway, however, so hopefully we won’t have to wait too long to find out!

Tags: Jane Austen , Dakota Johnson , Henry Golding , Persuasion , Netflix
Support Feminist Media!
During these troubling political times, independent feminist media is more vital than ever. If our bold, uncensored reporting on women’s issues is important to you, please consider making a donation of $5, $25, $50, or whatever you can afford, to protect and sustain BUST.com.
Thanks so much—we can’t spell BUST without U.