Details
BY Melody Heald
IN Movies
Published: 26 May 2021 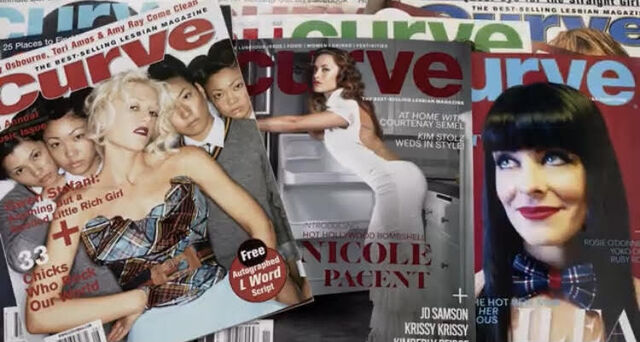 Love, loss, and heartache are just a few of what Frances “Franco” Stevens endures. Founder of the lesbian magazine Curve, we watch the story of Stevens and her journey to finding herself, creating the magazine, and self-acceptance. Viewers will enjoy Stevens’s authenticity and genuine personality, never bowing down to the norms of her day and overcoming adversity.

Stevens first discovered her attraction to women while married to a man. This didn’t end well, ultimately leading to divorce and ostracization from her family. While job searching, she found the idea for Curve. Securing a job at an LGBTQIA+ book store and taken in by employees, she began developments for the magazine. Stevens wanted to create a magazine for lesbians that was relatable and not pornographic. While at a horse race, Stevens maxed all of her credit cards and bet all of her money in hopes of bringing her idea to life. Stevens won a lot of money and used it to invest into her creation.

Ultimately, the magazine was a huge success, appealing to queer women who were in need of community. Throughout the documentary, we follow Stevens experiences through a number of trials and tribulations. She bares her soul for the viewers. Filled with raw emotions, Ahead of the Curve is a must-see documentary that people of all backgrounds will genuinely enjoy, especially those who are interested in learning about the intricacies and history of lesbian and queer media. This documentary is an eye opener, educating viewers on the struggles of LGBTQIA+ folks and their battles for acceptance and representation.

Ahead of the Curve will be available to watch on Apple TV and other digital platforms on June 1.

Top picture screenshot via Ahead of the Curve Trailer

"Family" Is Full Of Laughs (And Juggalos)

"Permission" Is A Comedy Of Errors About An Open Relationship