In "Together Together," Ed Helms and Patti Harrison Form A Fragile Attachment During A Surrogate Pregnancy

Details
BY Molly MacGilbert
IN Movies
Published: 13 May 2021 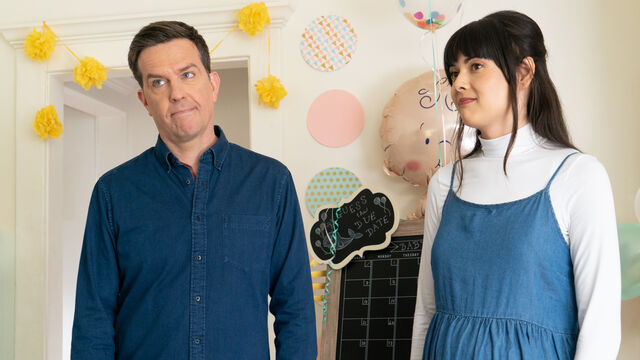 Movies about having babies are a little more complicated today than they once were. Frozen eggs and sperm donations; in vitro fertilization; surrogacy; nontraditional family structures; and, of course, the question of whether bringing another human into the world is even a morally responsible thing to do, have all entered the conversation.

Together Together, directed by Nikole Beckwith and out digitally on May 11, dives into the more emotion-based complications that can arise during a modern pregnancy. Ed Helms stars as Matt, a single 40-something who wants a baby, alongside Patti Harrison as Anna, a 26-year-old barista and loner who volunteers to be the surrogate. The movie proves that, despite questions of science and ethics, the decision to bring a baby into the world often becomes, above all, a matter of emotion.

On a scientific level, Together Together focuses on the biology of womanhood. It’s striking that Harrison, who is transgender, plays the kind of role that trans women are rarely welcomed into: not only a role that is not characterized by trans-ness, but also one that centers around female biology and the mechanisms of the uterus. The movie is split into “trimesters.” Anna blames her emotions on hormones. Her co-barista, Jules (gloriously played by Julio Torres), delivers biting one-liners, including one about how his favorite app is “an app that tracks your periods” (Why do you have an app that tracks your periods?” “Not my periods, your periods.”). Anna is often treated like a walking womb by those she comes into contact with. “I only matter for, like, the next, like, nine months or so,” she says to Matt over dinner early in the film. Despite its emotionally heavy subject matter, the movie could be viewed as a satire, a spirited criticism of the notion that female biology defines a woman. 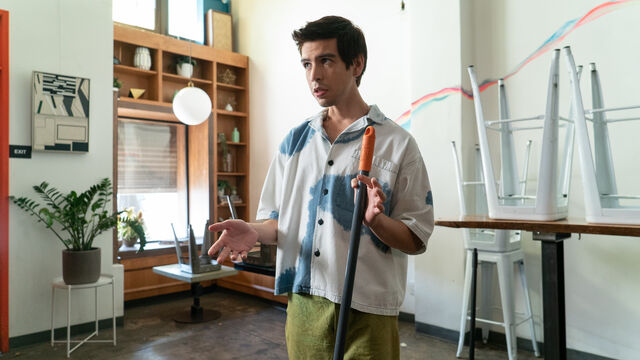 Anna is refreshingly awkward and truthful, but any sense of her individual personhood beyond being a mere “baby-vessel” is neglected by the people around her. Still, the complications of personalization during surrogacy are not lost on her. Her estrangement from her family due to their reactions to her giving a baby up for adoption when she was younger has led her to try to keep others at an emotional arm’s length. Any connection between her prior pregnancy and her decision to be a surrogate is not explicit, but it seems to be related to her belief that she can physically carry a baby without forming an emotional attachment. She attempts to distance herself from any allusions to the fetus’ personhood, like finding out its sex or referring to it as any vaguely human-esque name (“Radio” leans too masculine; “Soda” is feminine; “Leaf” is generally too human; so she and Matt land on the neutral “Lamp”). Of course, her efforts to remain detached become a ticking time bomb. 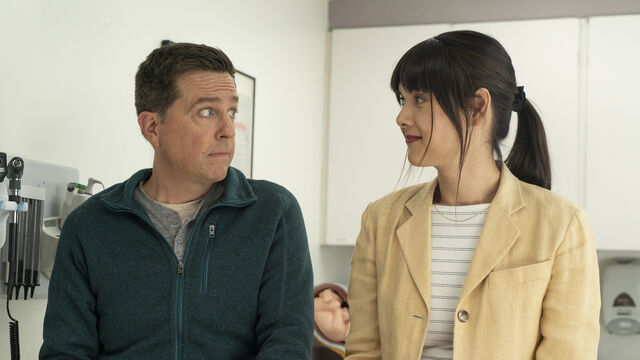 Together Together illustrates the fact that boundaries are crucial for both parties during surrogacy. The movie’s tension comes when the boundaries between Matt and Anna are absent, bent, or violated. Their relationship is the major complication in an otherwise smooth pregnancy; Jules astutely describes Matt to Anna as “the straight, single guy who you see all the time slash exclusively who fathered the child inside of you.” In the beginning of the film—the first trimester—Matt is one of the many characters who treats Anna like little more than a baby-carrying machine. He starts by micromanaging her, coughing to hint that she should order a side salad instead of potatoes to protect the baby’s health (before ordering carbonara himself), and trying to dictate whether she should be having sex while pregnant. He carries Awkward Dad Energy: In his well-meaning attempts to be sensitive, he makes everything worse. As they spend more time together, he begins to treat her more like his actual daughter (she stays at his house; they binge-watch Friends; he practices braiding her hair and pantomimes teaching her how to insert a tampon). This dynamic inevitably brings the surrogacy into emotionally precarious territory. 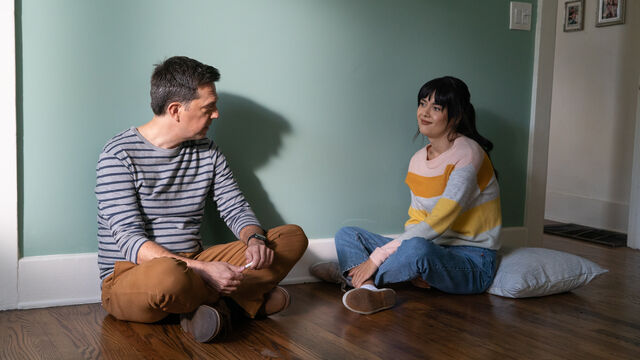 It is suggested that the relationship between Matt and Anna is built not just on the utility of Anna’s womb, but also on their shared loneliness. “It’s not the best thing in the world, being alone,” Anna says to Matt in the opening scene. Matt supports himself through the app he designed, Loner, which allows users to view other users without any communication. But neither character is ever really physically alone in the movie, which feels like either a missed opportunity to develop their respective individuality and bring their aloneness to life, or an intentional choice to focus on their relationship and the unborn baby rather than on either character.

The movie puts forth an "odd couple" dynamic and an unconventional child-bearing process with a charming lightness and without judgment. Still, both Anna and Matt are characterized primarily in relation to babies: his personality sometimes feels restricted to that of a standard-issue “out-of-touch dad,” while her entire backstory is told through her past pregnancy. And without a clear sense of the characters’ individuality, some of the most emotion-driven moments of their relationship feel like they're still in the gestation period.

Even so, the final moments of Together Together deliver the movie's biggest heart-punch, showing Anna at her most alone and her most individual. Angel Olsen’s “Spring” plays as the picture fades, giving the perfect, bittersweet voice to something unsaid: “Don’t take it for granted, love when you have it/You might be looking over a lonelier shoulder/Remember when we said we’d never have children/I’m holding your baby, now that we’re older/How time has revealed how little we know…” This inconclusive conclusion proves that resistance to an emotional attachment—to an idea, to a person, to a future—can end up making that attachment even stronger.

From "Promising Young Woman" To "Nomadland": How Your Favorite Movies Of The Year Stacked Up At The Independent Spirit Awards

In The "My Salinger Year" Movie, Margaret Qualley's Joanna Rakoff Is A Secondary Character In Her Own Story

Tags: Together Together , Nikole Beckwith , Ed Helms , Patti Harrison , Tig Notaro , surrogacy , pregnancy , movie review
Support Feminist Media!
During these troubling political times, independent feminist media is more vital than ever. If our bold, uncensored reporting on women’s issues is important to you, please consider making a donation of $5, $25, $50, or whatever you can afford, to protect and sustain BUST.com.
Thanks so much—we can’t spell BUST without U.