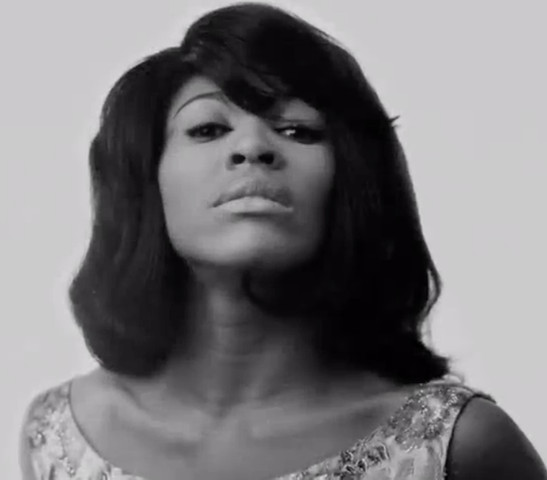 We all love a good comeback story, don’t we? It’s a tale as old as time, and there’s a certain level of inspiration and hope that audiences can draw from the story of a person who, against all odds, manages to rise above their seemingly insurmountable circumstances. In Tina Turner’s case, however, the public’s obsession with her triumph over domestic violence has both catapulted her into mainstream success, and haunted her for a great number of years.

In what will serve as her final farewell to life in the public eye, HBO’s new documentary TINA explores the life and times of the legendary Queen of Rock ‘n’ Roll. Tina Turner rose to fame in the early 1960s as the lead singer of Ike & Tina Turner. Her powerful voice, electrifying performance style, and untamed sexuality set her apart from any other premiere act in her day. The five-part documentary powerfully underscores Turner’s struggle to break free of her Ike & Tina past and rise to even greater stardom as a solo artist in the 80s.

In doing so, the film plays with the idea of the “comeback” narrative, forcing audiences to reckon with how damaging Turner’s hypervisible redemption story has been to her emotional and mental wellbeing. Ironically though, directors Dan Lindsay and T.J. Martin largely mishandle Turner’s great send-off film by constructing the documentary itself as a comeback story and feeding into an arc of redemption. As beautifully executed as this documentary may be, it’s ultimately a film that doesn’t take its own advice.

Parts one and two of TINA establish Turner’s life as a tragedy; one that overwhelmingly revolves around her tumultuous romantic relationship with the late Ike Turner. In fact, the very first question we overhear a producer asking Turner is about the infamous 1981 People Magazine interview, in which she chose to publicly reveal the true extent of the physical, emotional, and sexual abuse she’d suffered in that marriage. Much of the first half of the film is anchored in audio clips of Turner recounting these events. While successful at relaying important information concerning Turner’s upbringing, her troubling adjustment to fame, the joy she found in motherhood, and her spiritual awakening—all of these other defining aspects of her life feel peripheral to the documentary’s guiding force: this harrowing interview, along with other archival footage and audio of her explicity addressing domestic violence.

Alongside the audio recordings, the film spends a great deal of screen-time using visual liberties to reconstruct Turner’s account of events. One of the shooting locations is Turner’s now-abandoned Los Angeles home. The film powerfully juxtaposes old home videos of Turner cooking for her family and tucking her children into bed with present-day footage of the empty abode. The rust-stained pool and the unsettlingly quiet dining room gives viewers the sense that Turner never fully accomplished what she set out to when making this her family home.

The camera slowly pans down the hallway and enters Turner’s old bedroom, where the red carpeting and wallpaper ominously hint that this was indeed her house of horrors. The descriptions of violence get painfully vivid in this segment, grossly forcing the audience to visualize the harm being inflicted on Turner, and ultimately allowing the “abused woman” narrative to consume the telling of her life’s story.

The documentary foregoes some of its raw, emotional complexity as a means of positioning Turner as some trope-fulfilling character within the context of her own lived experience. This decision co-opts Turner’s liberation, reducing it to a simplistic plot device.

As with every redemption story, the documentary really picks up when Turner decides to fight back. The film similarly utilizes visual aids as a means of illustrating the rock legend’s great escape. There’s footage of cars on a highway, alluding to Turner’s infamous limousine fight with Ike. There are a few shots of a hotel bedroom where Turner describes how she waited for Ike to fall asleep before packing her things. The shaky camera movements simulate Turner running for dear life in the dead of night, barely evading the oncoming traffic. All the while, triumphant music is playing in the background, selling this moment as one of victory and never quite capturing the terror and distress that Turner herself recalls.

To truly ground this moment in Turner’s reality would’ve been to somewhat relinquish the film of its power to mold a clean-cut comeback story. The documentary foregoes some of its raw, emotional complexity as a means of positioning Turner as some trope-fulfilling character within the context of her own lived experience. This decision co-opts Turner’s liberation, reducing it to a simplistic plot device.

And thus, the comeback begins. (Literally, part three of the documentary is dubbed “Comeback.”) A newly divorced, middle-aged Turner takes on an ageist, racist, sexist recording industry, embarking on a journey to establish herself as a solo rock ‘n’ roll artist in her own right. Tina is persuaded into doing the People Magazine interview in order to gain exposure and debunk the myth of the Ike & Tina era as her glory days. The film masterfully delineates how Turner would forever be tethered to this narrative, and ultimately her abuser, for the rest of her days.

While she did eventually go on to record Grammy Award-winning albums, headline sold-out tours, and star in massive franchise films, there wasn’t an overwhelming reinvestment in Turner’s artistry until her survival story molded her into someone the public found worthy of rooting for. She escaped one abuser only to become entrapped in a lifelong cycle of abuse with the public, in which her re-traumatization would be exchanged for their patronage and adoration. 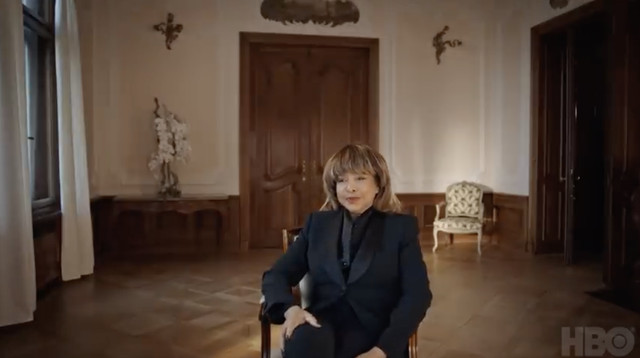 Discussing the mega-success of her debut solo album Private Dancer, Turner remarked: “No, I don’t consider it a comeback album. Tina had never arrived. It was Tina’s debut for the first time. This was my first album.” This is perhaps the most important concept of the film, yet the documentary itself continues to frame Turner’s life as a comeback story until the very end. Parts four and five briefly address how the legend continues to prevail over harassment from the press, how she’s learned to forgive, and juxtaposes her current loving relationship to husband Erwin Bach with her former relationships that were rooted in abuse. It’s the ultimate happy ending. Turner is the victor who’s found a healthy love and managed to come back from the trauma caused by her own “comeback.” Simply put, the storytelling employed by Lindsay and Martin feels redundant.

For this to be a film that explicitly seeks to spotlight how detrimental this particular narrative has been in Turner’s experience, TINA is a sadly missed opportunity to liberate her from the arc of redemption once and for all. “I had an abusive life,” Turner reflects in the documentary’s final moments. “There’s no other way to tell the story. It’s a reality. It’s a truth.” But, it almost seems as though the world has forced Turner into resigning to the idea that the telling of her life’s story would be of less value if it were to diverge in any way from the narrative being projected onto her.

Ultimately, TINA never gives the icon the chance to be proven wrong; to be given a space to tell a story that doesn’t dwell on her trauma, or her will to survive said trauma against all odds. The documentary is generally a good film, but only because it relies on an age-old “hero’s journey” formula. What makes a good story isn’t always what makes a responsible one, and the world has long neglected to fully assess its responsibility to Tina Turner’s.

Tags: TINA , Tina Turner , Documentary , Rock 'n' Roll , HBO , Comeback , Movie Review
Support Feminist Media!
During these troubling political times, independent feminist media is more vital than ever. If our bold, uncensored reporting on women’s issues is important to you, please consider making a donation of $5, $25, $50, or whatever you can afford, to protect and sustain BUST.com.
Thanks so much—we can’t spell BUST without U.