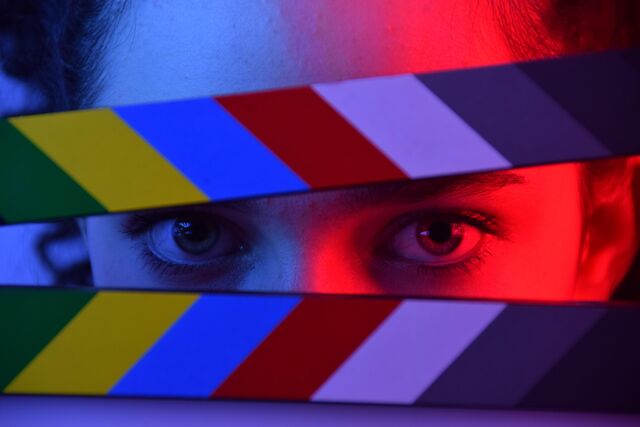 The 93rd Annual Academy Award nominations have shattered (or, at least, chipped away at) the glass ceiling (or, at least, the high ceiling of Los Angeles’ Dolby Theatre).

The 2021 Oscars ceremony will be unusual in that it will be broadcast from multiple locations, and will honor movies that most people watched via streaming services due to pandemic restrictions. But one of the most historic aspects of this year’s awards show is the inclusion of two women in its Best Director category. The category has long been dominated by men, and has never included more than a single female nominee at a time.

In 2021, female directors being nominated for awards should not be groundbreaking news—but it is. This year marks the first Oscar nomination for English actor and filmmaker Emerald Fennell, who is nominated for her incendiary directorial debut, Promising Young Woman. Chinese director Chloé Zhao, who directed Nomadland, is also a first-time nominee and the first woman of color to be nominated in the category. As the winner of the directorial prize at the 2021 Golden Globes, Zhao is in a strong position to become the first woman of color to win the Academy Award for Best Director. This recognition is worth celebrating not just for the credit given to these women and their visions, but also for what it could mean more broadly for the future of women in film.

Only five other women have been nominated for Best Director in the 93-year history of the Academy Awards. The first was Lina Wertmuller for Seven Beauties, a 1975 Italian film about a man imprisoned during World War II. Jane Campion was nominated in 1994 for The Piano, a period drama about a psychologically mute woman entering an arranged marriage, and Sophia Coppola was nominated in 2004 for her Tokyo love story Lost in Translation. In 2010, Kathryn Bigelow became the first—and, so far, only—woman to win the prize, for directingThe Hurt Locker (which is, incidentally, a male-dominated film about the Iraq War). Most recently, in 2018, Greta Gerwig was nominated for her semi-autobiographical directorial debut, Lady Bird.

The significance of this year’s nominees extends beyond their gender and to the stories their nominations correspond to. In Zhao’s Nomadland, protagonist Fern sheds all of the trimmings of conventional American life—comfort, convenience, romance—in order to traverse the country in an RV. Fennell's Promising Young Woman makes room for moral complexity in its fresh spin on the feminist rape-revenge thriller. These are not just stories that happen to be directed by women; they are stories about two different dimensions of the experience of being a woman.

As women are given more directing opportunities and more credit for their projects, studio bigwigs may come to recognize—if only from a strictly-business standpoint—that women filmmakers are worth funding and supporting. This could lead to the creation and distribution of more women-helmed films and to a boost in the visibility and reach of empowering stories like Nomadland and Promising Young Woman. Due to the prominent role art plays in shaping culture, this shift could spark more open conversations around the issues, taboos, and perspectives such films address about how women are positioned in contemporary society.

While Regina King was snubbed by the Academy for her direction of One Night in Miami... this year, let’s hope that the male-dominated and male-named Oscars grow to include Black women directors in the years to come. Still, the future of female directors appears to be heading in the right direction (no pun intended).

Photo by Mason Kimbarovsky on Unsplash

"Promising Young Woman" Is Exactly What It Needs To Be

In "On The Rocks," Love Is Twisted, Rationalized, And Complex

Tags: oscars , academy awards , chloe zhao , nomadland , emerald fennell , promising young woman , carey mulligan , frances mcdormand , best director
Support Feminist Media!
During these troubling political times, independent feminist media is more vital than ever. If our bold, uncensored reporting on women’s issues is important to you, please consider making a donation of $5, $25, $50, or whatever you can afford, to protect and sustain BUST.com.
Thanks so much—we can’t spell BUST without U.