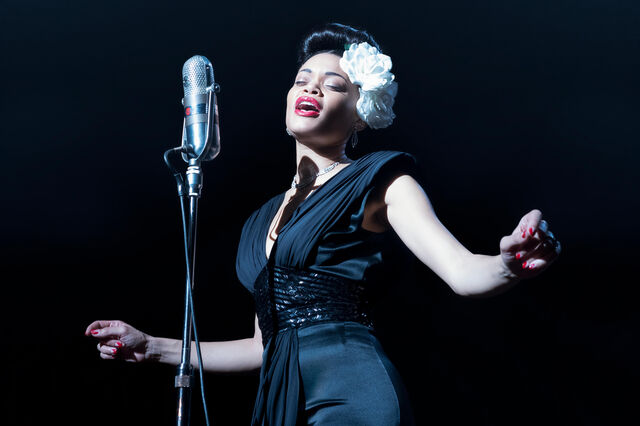 Creating a good biopic can be a hit or miss. Regardless of the identity of the historical figure or entertainer, capturing the complexities of a person’s entire existence can be quite a daunting task — and with The United States vs. Billie Holiday, Lee Daniels both fails and succeeds at capturing her legacy.

The film is both visually stunning and masterfully cast. Lead actress Andra Day’s uncanny embodiment of Holiday and chilling vocal performance have rightfully earned her a Golden Globe award this past week, making her the second Black woman to ever be awarded in the Best Drama Actress category. But, with the currently shifting nature of the biographical film category, especially as it pertains to Black women exercising increased creative control over their own cinematic narratives, I was left questioning how much Lady Day’s voice actually rang through. Is the film just another pretty picture, or does it successfully give Holiday’s legacy the justice it deserves?

This latest attempt at bringing Holiday’s life story to the big screen certainly isn't the first. That accolade goes to the 1972 film Lady Sings the Blues, a very loose adaptation of Holiday’s 1956 memoir of the same title. While the book itself is widely recognized for some of its historical inaccuracies, the film takes immense artistic liberties while portraying Holiday as a barely functioning victim of circumstance and romanticizing her notoriously abusive relationship with then-husband Louis McKay (Billy Dee Williams). Diana Ross’ debut performance as the starring lady further tanks what would have otherwise been an entertaining film — she in no way becomes Holiday. Rather, she is exactly as she appears: Diana Ross painfully impersonating the legendary blues singer. A huge miss, as far as biopics go.

Unlike its predecessor, The United States vs. Billie Holiday takes its historical cues not from the famed entertainer’s memoir, but from Johann Hari’s Chasing the Scream: The First and Last Days of The War on Drugs. The film uplifts Holiday and her anti-lynching anthem "Strange Fruit" as essential precursors to what would eventually become the Civil Rights Movement. Her musical activism fortifies her as an official target of the Federal Bureau of Narcotics, which sought to criminalize her for heroin addiction and exploit her tumultuous romantic relationships. This powerful framing breathes life back into Holiday’s legacy, underpinning the duality that marked much of her life: her world-renowned stardom and extreme isolation; her intimacy with both men and women; and her fight to maintain her integrity as an artist while also navigating law enforcement’s incessant harassment. Though far greater than any previous attempt to cinematically capture Holiday’s life story, I'm not entirely certain that this is the story she would've wanted to tell.

Now streaming on Hulu, The United States vs. Billie Holiday was released amid a momentous shift taking place in the greater biopic film category. In recent years, Black women have taken back the reigns of their own on-screen narratives, with television networks and streaming services such as Lifetime, VH1, and Netflix investing in their stories. As they live and breathe, singers and entertainers among the likes of TLC, Michel’le, Roxanne Chante, Salt n Pepa, and Wendy Williams have been integral members of the writing and production processes of their respective biographical films— a privilege that Lady Day will unfortunately never have. She did, however, gift us with something that’s arguably more important: her autobiography.

Despite many criticisms it's received, Lady Sings the Blues is Holiday’s rawest retelling of her life. Having had the opportunity to read it this past year, I found myself affectionately referring to her as “aunty Billie” while soaking up the wisdom that bled through each page about what informed her singing, her struggles with addiction and mental health, and her experience with a burgeoning prison industrial complex. It’s her own story in her own words, and that’s as good as it gets.

The book’s factual inaccuracies were all the more interesting because she most noticeably omits details concerning her intimate life. While she does discuss being sexually assaulted and participating in sex work at a young age, she never explicitly acknowledges her queerness and suggests that her mother was unaware of having sent her to live in a brothel, though it is widely understood that Sadie Fagan (Holiday's mother) was a sex worker herself. In obscuring these aspects of her and her mother’s sexual histories, Holiday exercises her power to refuse anyone else’s terms of transparency. But, it’s these very same intimate details that become highly visible in The U.S. vs. Billie Holiday.

Several scenes insert Tallulah Bankhead (Natasha Lyonne) as an important romantic figure and confidant in Holiday’s life, and reimagines her mother as the very person who pressures her into sex work. The film somewhat captures Holiday’s tendency to evade revealing too much of her personal life through the fictional interviewer Reginald Divine (Leslie Jordan), whose invasive line of questioning is often met with Holiday’s silence and Miss Freddy’s (Miss Lawrence) redirection. In effect, it’s not actually Andra Day’s character who reveals these intimacies; the movie itself fills in those gaps by way of flashback, speaking for her. But should it? 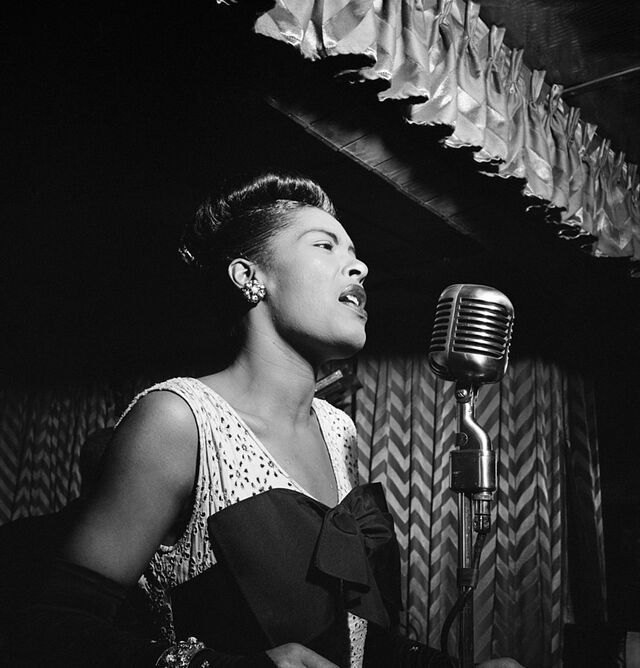 All of the revelations that make for a more entertaining, award-winning film weren’t necessarily things that Holiday spoke about at length for public consumption. After all, as a young Black girl coming of age in the 1920s, Holiday was conscripted into a world where her intimate life would be the subject of much public scrutiny. Saidiya Hartman’s Wayward Lives, Beautiful Experiments examines how, at the turn of the 20th century, young Black women spearheaded a revolution of Black intimate life and were criminalized for sex work, having casual sexual encounters, engaging in interracial relationships, and existing beyond the constraints of gendered and heterosexual norms — all of which were different aspects of Billie Holiday’s lived experience. A true radical she was, both in the spotlight and behind closed doors. But, in her intimate life, she also faced serious consequences and acted well within her right to maintain an air of mystery concerning some of the specifics. As Holiday once sang, it really “ain’t nobody’s business.”

Day powerfully amplifies the legendary singer’s voice in ways that weren’t accessible to Holiday in her own lifetime, and as a performer, manages to say everything Lady Day perhaps felt she couldn’t.

Despite the utter catastrophe that was the 1972 screen adaptation of Lady Sings the Blues, its one redeeming quality is that it rings slightly more true to Holiday’s personal memoir. And ultimately, in today’s world where our politics have greatly shifted toward sex positivity and the protection of Black women and queer folks, it's truly The U.S. vs Billie Holiday’s Andra Day who does the necessary work of interpreting Holiday’s story with immense care.

“I look at her voice as a scroll, upon which all of the trauma is written—every hit, every minute in prison, every cigarette, every sip, every slam of heroin or cocaine, but also all of her triumphs—it’s all written on the scroll of her vocal cords,” she remarked in a recent interview with BUST. Day powerfully amplifies the legendary singer’s voice in ways that weren’t accessible to Holiday in her own lifetime, and as a performer, manages to say everything Lady Day perhaps felt she couldn’t. Still, though, one can’t help but wonder what defining moments would’ve made the cut this time around had she been part of the filmmaking process. Better yet, it's truly exciting to see present day Black women entertainers tell their own cinematic stories, on their own terms.

Andra Day Reveals. Why She Requires Months of Forced Rest After Making The US Vs, Billie Holiday: BUST Interview