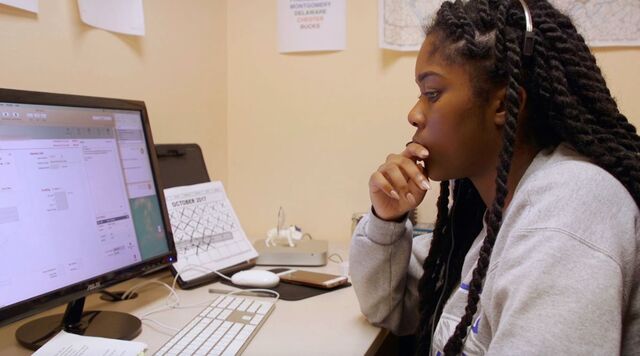 What is the Hyde Amendment and why is it such an obstruction to reproductive justice?

Hyde impacts nearly 29 million people of reproductive age by preventing government funds from being used to cover abortions. This staggering number includes individuals on Medicaid, in the military, in the Peace Corps, enrolled in Indian Health Services, and in federal prisons, among others. Illinois congressman Henry Hyde passed the amendment in 1976, shortly after the Roe v. Wade Supreme Court ruling, and very explicitly attached its restrictions to Medicaid because he knew he could no longer make abortion illegal for everyone.

You might think the same people who are anti-abortion support access to contraceptives, but the legislators who endorse Hyde also paradoxically implement restrictions on birth control. For example, many states currently allow some health care providers to refuse to provide services related to contraception, while others explicitly allow pharmacists to refuse to distribute contraceptives.

Every year legislators vote on Hyde, and for 41 years, it has been included in the government budget. According to the Guttmacher Institute, restricting coverage of abortion will force one in four people to carry an unwanted pregnancy to term. This traps families in a cycle of poverty, as financial livelihood is dramatically affected by the ability to decide when to have a family.

The hard truth is that Roe v. Wade does not actually make abortion accessible for everyone — only for those who can afford it.

All of this is what drove filmmakers Janet Goldwater, Barbara Attie, and her son Mike Attie to explore the Hyde Amendment in their short documentary Abortion Helpline, This is Lisa, which is currently on the shortlist for an Academy Award. While brief, the movie provides an unbelievably powerful look at the harsh reality the Hyde Amendment creates for millions of women across the country.

What inspired you to create this short film?

Janet Goldwater: Barbara and I have worked together on films for 30 years. We made a few documentaries on reproductive rights years ago, and then focused on other topics. When the 2016 election happened, we felt it was time to circle back to reproductive issues. We felt some immediacy in this kind of advocacy. Barbara is involved with Planned Parenthood and I’m involved with the Abortion helpline.

Barbara Attie: We listened to the phone calls that happen over the helpline and found them riveting. We realized the impact these calls had firsthand, and how they helped create an understanding of the overlapping challenges of living as a person struggling financially. It was actually Mike’s idea to make this a short film.

Mike Attie: Though I grew up with an awareness about reproductive rights because of the work my mother did, I had less context because I was not familiar with the Hyde amendment. I thought that the short length would serve well to quickly communicate both how racist and classist Hyde is. You can see the screens, see the miniscule amounts of money that is available [when callers reach out to the hotline for financial assistance.]

JG: Not a lot of people have the courage to confront the Hyde amendment and we knew it would stay in place with Trump. On top of that, more restrictions were created.

BA: There were a whole constellation of restrictions passed—many placed on Planned Parenthood, which the Trump administration took funding from. We saw more restrictions to abortion in various states, including the closing of clinics.

How do you hope things could improve with the new presidency?

JG: With Biden, there is a possibility for change. Support for repealing the Hyde Amendment is a litmus test for politicians. Biden actually recently flipped on Hyde, and no longer supports it. Right now we have a historic moment—there is a piece of legislation called the Each Woman Act that could overrule Hyde, and having democratic control of the Senate is big.

Can you talk a bit more about the Each Woman Act and what difference it might make for women?

BA: For many women, the time it takes to come up with the cash pushes them into a later, more expensive procedure. We know from listening to the calls at the helpline that the choices those women are making can be between food, rent, or paying the clinic. The Equal Access to Abortion Coverage in Health Insurance (EACH Woman) Act would be huge for the financial and emotional stability of those families. It not only requires coverage of abortion care for federal employees or anyone covered by Medicaid, Medicare, and CHIP, but it goes a step further and says that state and local government can't restrict abortion coverage in private health insurance plans.

What are the realistic ways you believe unwanted abortions can be prevented?

BA: With greater access to birth control, the number of abortions decreases, yet Republicans have whittled away at contraception access. There are other intersecting parts, for example economic health and job stability. When individuals have these, they have a better chance of being able to plan their families.

What do you hope people opposed to the right to choose will learn or feel while watching your film?

BA: We know that structural racism, lack of opportunity, expensive child care, wage inequality and any number of social ills can make abortion more necessary, while at the same time making it less accessible. We want our viewers to see firsthand the individuals struggling at this cruel intersection of poverty and control over reproduction. We hope viewers can feel the humanity of the callers, and learn more about their day-to-day struggles. Most are already mothers and are prioritizing taking care of the families they have.

How can readers support the repeal of the Hyde Amendment?

And finally, how does it feel having your film be on the 10-film Oscar Shortlist for Best Documentary Short?

BA: We are super excited to be selected; it brings so much attention to the issue. 20,000 people have streamed the film!

MA: We were actually able to watch the film with a live audience last year, prior to the pandemic. It was amazing to be present while they watched and feel, see, and hear the impact it had on them.

Watch Abortion Helpline, This is Lisa below.

COVID-19 Has Made Access To Reproductive Healthcare Evasive, As If Getting An Abortion Wasn't Already Hard Enough in America

Tags: Hyde Amendment , reproductive rights , reproductive justice , abortion , documentary , film , Academy Award
Support Feminist Media!
During these troubling political times, independent feminist media is more vital than ever. If our bold, uncensored reporting on women’s issues is important to you, please consider making a donation of $5, $25, $50, or whatever you can afford, to protect and sustain BUST.com.
Thanks so much—we can’t spell BUST without U.