The Timelessness Of The Cheerleader Flick: Serving You Veracity In A Y2K Miniskirt 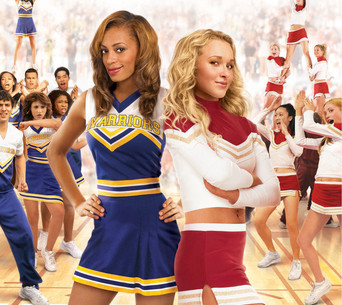 I was not a cheerleader in high school and I don’t regret making that choice. What I do regret, however, is spending literally any of my time over the past 21 years watching any film that doesn’t feature at least one high school football game. I miss drinking vodka out of a water bottle and pretending to know what's going on. I miss "spirit week" even though I hardly ever participated. Thankfully, there are plenty of films that feature cheerleading, a sport that is almost its own character.

At this point, I am an adult, and not about to put on airs that I’m some kind of divine adolescent who knows what’s cool. But I’m more than qualified to comment on cheerleader movies from the late-1990s and early-2000s. I’ve seen just about every single one, and it’s only now that I'm realizing how defining this sensational era was for teen pop culture .

I don’t know if you’ve noticed, but when women play sports in media, it’s not exactly a revered spectacle. Most times, the men’s teams are paid more, watched more, and respected more. What else is new? Cheerleader movies, though, place what is often relegated to the sidelines right at centerfield. The spine of these films is the act of turning a sport (yes, a sport) that many consider frivolous or superficial into the foundation of a complex coming-of-age story.

By establishing footing within that which is already marginalized, cheerleader movies open up an effective space for having more complex discussions about important issues. More specifically, the ways in which misogyny feeds on racism, classism, homophobia, and toxic masculinity. Messaging around these specific issues is stitched into the plots of Bring It On, Bring It On: All or Nothing, the camp masterpiece But I’m A Cheerleader, and Fired Up!

Already, cheerleader movies are subverting the sports film genre. Having a conversation about a (primarily) women’s sport means discussing women’s empowerment. Many filmmakers, like those of the films above, engage this topic by drawing in other elements of sexism, making plotlines and character arcs more complex by highlighting the intersectionality of their charactyers' social struggles. In most other high school movies (think Cinderella Story or The Princess Diaries), the cheerleader character is not to be sympathized with; oftentimes, she’s a flat antagonist exemplifying the writer's vague sexism. Cheerleader flicks, however, invite us to rethink the socially accepted misogyny that allows the “mean girl” cheerleader to become an ever-present trope.

A powerful example of how the genre subverted the belittled cheerleader figure is in the film Jennifer’s Body. As the epoch of the cheerleader flick (tragically) came to a close, Jennifer’s Body was released in 2009. A movie about a man-eating succubus in the form of a contemporary cheerleader was bound to turn heads. Yet, upon its release, reviews didn’t contain much critical acclaim. In fact, how this cheerleader movie was marketed and subsequently received exemplifies exactly how misconceived and undervalued this genre can actually be. Now, though, Jennifer’s Body is finally receiving the hype it deserves as it enjoys a second-life through its queer cult status. 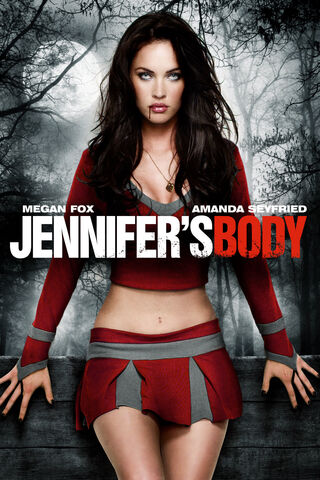 As a horror-comedy that addresses how monstrous the over-sexualization and objectification of teenage girls by men actually is, its advertising was remarkably tone-deaf. On the official film promotion materials, actor Megan Fox is pictured in a typical cheerleader uniform. And because these materials, including movie trailers, were so fraught with shallow imagery, the film itself was castigated as hollow, as something not worth scrutinizing. In reality, Jennifer’s Body was never built for a male audience. It was written for teenage girls. In Jennifer’s Body, the discussion that the cheerleader motif lends itself to is one of teen over-sexualization, the catechism of adolescent identity, and the dangers of parasitic female friendship during the foundational years of our lives.

If you went to the cinema expecting to see an uncomplicated slasher film with Fox as a basic femme fatale in various forms of undress, you would’ve found this movie disagreeable, as well. This, ultimately, is the tragedy of the cheerleader movie, and with the so-called “chick flick” in general: men don’t get it. Although these movies feature an aesthetic men find appealing (the representation of the hot, young cheerleader), this imagery is really just a mechanism for challenging preconceived notions.

Whereas Jennifer’s Body is one of the more conspicuous examples of such a phenomenon, the cheerleader flick, in general, has been largely overlooked as a prolific genre in terms of its progressiveness. Yes, the years of the cheerleader flick appear to have departed, and each of the aforementioned films has its own faults that are reflective of the time it was made. But these movies live on in the public consciousness while truly vapid films never do. They embrace the microcosm of the teen girl and affirm the fact that young women are concerned with much more than how they look in a short skirt.

Header Image from Bring It On: All or Nothing Universal Pictures Home Entertainment.

"Assassins" Is A Conspiracy-Filled Nail Biter