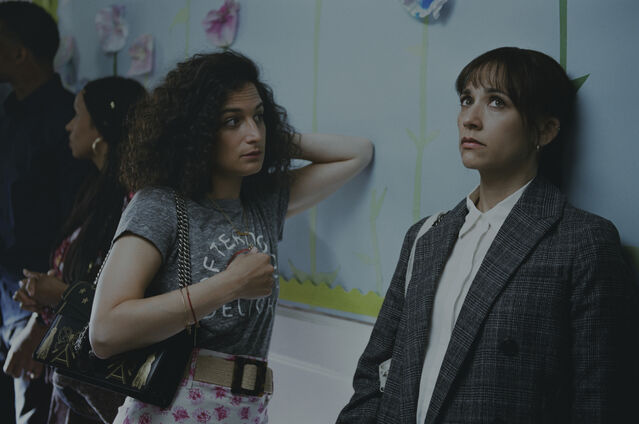 It should come as no surprise that Sofia Coppola’s newest project, On the Rocks, confirms her status as an eminently masterful and dynamic filmmaker. As it was with The Bling Ring, The Beguiled, and Marie Antoinette, Coppola’s range—from atmospheric, murderous melancholy to biting humor—is on full display, along with her laser-focused characterization.

Rashida Jones and Bill Murray star as a daughter and father at tenuous ends of a warm but complicated relationship. Murray, as Felix, is what can politely be called an incorrigible flirt—which, less euphemistically, means that he cannot have a conversation with a woman without hitting on her and holds absurd ideas about the fundamental nature of men and women, which he extrapolates on with professorial conviction. He’s flamboyant, almost cartoonish, but seems cheerfully aware of his foibles and over-the-top eccentricities. On top of all of that, he’s unquestionably a loving—if not a very good—parent.

Laura (Jones), meanwhile, is a writer with a book contract and no draft, a beautiful husband (Marlon Wayans) and two young children, and absolutely no sense of drive or possibility. She’s an intelligent, articulate, self-possessed woman in a grating holding pattern. You can feel the stagnation of her comfortable life weighing on her in every frame. That monotony is managed with the same deft humor as every other moment of the film. She battles a blank page daily, burdened with a ferocious case of writer’s block. In brilliantly rendered and repeating moments, Jenny Slate appears as another parent at Laura’s children’s school, who talks Laura’s ear off at every opportunity with monologues about her personal drama, shoveling far, far too many details into Laura’s polite silence.

Felix, arriving suddenly back in Laura’s life as he is apparently wont to do, draws his daughter into a whirlpool tangle of suspicion that her husband Dean (Wayans) is having an affair with a business partner, Fiona (Jessica Henwick). As the clues unfold, the infidelity appears painfully obvious to everyone except Laura. Through glitzy New York bars and playful car chases, Felix sweeps Laura along for a larger-than-life sleuthing venture to uncover—and convince Laura of—the shaky foundations of her life.

Felix is a difficult character that Murray realizes with quiet conviction. He abandoned his family for the first of many other women. He says deeply problematic things that can be brushed off as eccentric or harmless. He seems to know everyone in New York: pulled over in his vintage red convertible, he manages to talk the cops into both not ticketing him and then literally pushing his car into motion so he can shift into drive. As Laura says in the aftermath, “It must be nice to be you.” What she means: childishly unbothered by the chaos he causes and simultaneously seemingly free of any consequence.

Twined through every moment of On the Rocks is a wry, precise humor that feels so different from the atmospheric brooding of The Beguiled or the satirical excesses of The Bling Ring and Marie Antoinette. It’s an intellectual, goofy kind of humor that might be more easily identified with W**dy All*n, but which is elevated and fine-tuned through Coppola’s feminist lens.

For all the flair of Felix’s character and the whimsy of the duo’s adventures, there is an abiding loneliness dusted across both Laura and Felix’s lives, though that loneliness takes very different forms. As Laura becomes more and more convinced of her husband’s infidelity, there’s the terrible sense that it might almost be a relief that something—anything—is really happening in her life. Whereas Felix, apparently so easily connected with everyone around him, has no true anchoring relationships beyond the superficial and sexual. A desperation for connection runs rampant; even despite all her hesitations, all her faith in her husband, Laura latches onto the suddenly constant company of her long-absent father and his suspicions, and the viewer is left to wonder if Felix’s suspicions are in a way self-serving: perhaps he only wants the interest and attention of his daughter?

There’s something very clever and insidious in bringing to life an endearing misogynist. Coppola twists away from the easy right-or-wrong of it—Felix is a character that is both deeply problematic and lovable. The family dynamic, especially the strained relationship of a daughter trying to hold on to her ties with her father, is a familiar one: every awkward Thanksgiving dinner when the majority of the table ignores the ramblings of the awkward uncle (or, as demonstrated recently, you can just publish those ramblings in The Wall Street Journal, kiddo).

The temptation of the movie—which is very much self-aware and intentional—is the temptation to view the world as Felix’s reductive battle between men and women, too fundamentally separate to really ever know each other. That isn’t at all the movie’s overarching philosophy, but it is an antiquated, easy fallback showcased frustratingly through Felix’s good intentions. Jones and Murray play off each other’s energy with a fluidity that makes me think Jones might be drawing on her experience with her own larger-than-life father, the near-mythic musician and producer Quincy Jones.

But the reductive worldview offered by Felix cannot win the day in a Sofia Coppola movie: instead, we’re left with a complicated sense of how love is rationalized and twisted, both familial and romantic. Clean and character-driven, On the Rocks is a technical accomplishment as well as a rewarding departure into humor for its director.

Top photo: Jenny Slate and Rashida Jones in “On The Rocks,” now streaming on Apple TV+.

Sofia Coppola’s "The Beguiled" Tears Apart The Original — But Not Always in the Best Way: BUST Review

Sofia Coppola Interviewed By Kim Gordon: From The BUST Archives

Tags: Sofia Coppola , movie review , Rashida Jones , film review , Apple TV+
Support Feminist Media!
During these troubling political times, independent feminist media is more vital than ever. If our bold, uncensored reporting on women’s issues is important to you, please consider making a donation of $5, $25, $50, or whatever you can afford, to protect and sustain BUST.com.
Thanks so much—we can’t spell BUST without U.