"Assassins" Is A Conspiracy-Filled Nail Biter 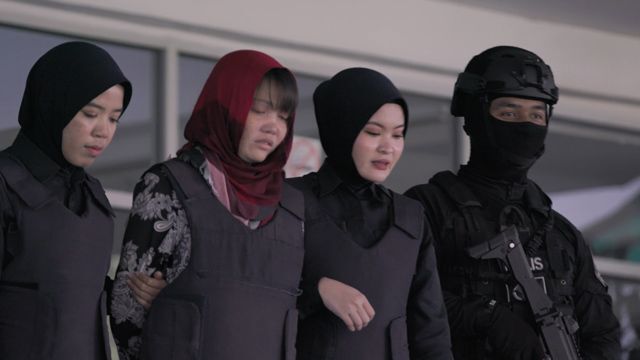 Politically speaking, so much has changed recently that events from three years ago might feel like they happened in another lifetime. Or maybe, while preoccupied with Trump and Brexit, you missed the wild story behind the assassination of Kim Jong-nam, the onetime heir apparent to former North Korean leader Kim Jong-il. In February 2017, Kim Jong-nam was assassinated in a crowded airport terminal by two young women who snuck up behind him and rubbed the lethal VX nerve agent into his eyes. Many believed they were acting on behalf of Kim Jong-un, his half-brother, who currently serves as North Korea’s Supreme Leader. In his comprehensive documentary, filmmaker Ryan White plunges into the strange, twisty, conspiracy-filled story of Kim Jong-nam’s death, his assailants, and the Kim dynasty. While the storytelling is fairly straightforward, White also takes care to provide viewers with different theories and historical perspectives, making this ripped-from-the-headlines subject matter consistently intriguing. The film truly comes alive when White focuses on the assassins—Siti Aisyah, a single mother from Indonesia; and Doan Thi Hoang, an aspiring actress from Vietnam—and, with empathy and nuance, explores both how these women ended up in such an unbelievable situation, and why their stories matter now. –LYDIA WANG