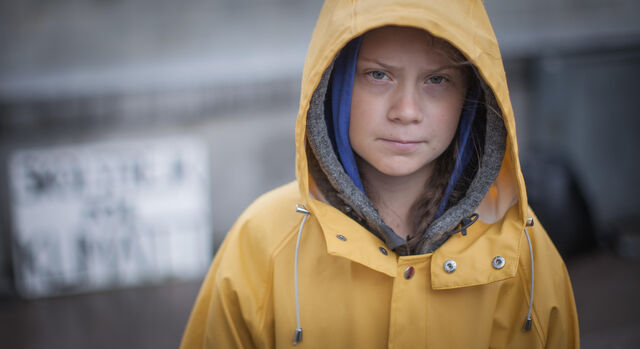 As Greta Thunberg sits in front of the Swedish parliament with her now-iconic sign reading “School Strike for the Climate,” an older woman approaches her. The woman isn't coming to encourage the young activist.  Instead, she chides Thunberg for striking from school and says, “If you get an education. you can affect the future. That's what you're supposed to do, you young people.” Now, almost two years after her first school strike, Thunberg is tired of hearing these words. The Hulu original documentary I Am Greta,  directed by Nathan Grossman, gives audiences an intimate look at the teenage climate activist who has dominated headlines by striking for the climate, and traveling the world to beg politicians to listen and heed her words.

Back outside the parliament building, the older woman walks away shaking her head, and a woman in her 20s asks if she can sit with Greta. This gesture encourages more and more people to join in Thunberg’s protest. Grossman illuminates the power of a single gesture by showing these moments with no voice over. Thunberg’s influence is seen rippling across Europe and the world, visualizing Thunberg’s bold example of what it means to be responsible for the future in the face of a climate crisis caused by billion-dollar corporations—and the politicians financially beholden to them. 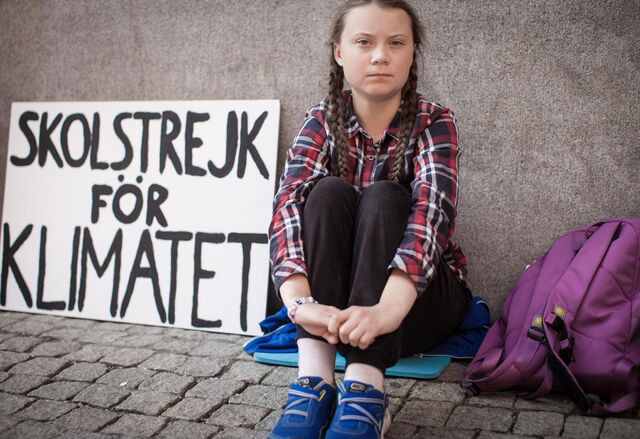 The documentary, chosen for the DOCNYC festival, is the first time a wide audience has seen the inner workings of Thunberg’s life. We learn that when Greta was about 11 she saw a film in school about the climate crisis that sent her into a selectively mute depression during which she only spoke to her immediate family members. The pride on her father’s face, only a couple of years later, as she delivers poignant speeches to world leaders, is perhaps the most moving part of the documentary. Understanding what makes Greta "Greta" is what keeps audiences emotionally invested in the film, and in Thunberg herself.

When she’s on the road, eco-travelling from city to city for speeches and rallies, her father acts as both her manager and emotional support system. In some key moments, the film reminds us that she’s still a 15-year-old girl, dealing with the pressures of being a global activist before she’s even finished high school. So it's understandable that she gets frustrated with her dad at times,  that she's stubborn, and that she cries. In one such fight with her father, Thunberg is trying to perfect one of her speeches, meticulously checking the spelling of every word and the placement of every comma. Her father just wants to leave the hotel, insisting that because it’s a speech, the punctuation doesn’t matter. After a valiant push-and-pull, Greta collapses face first into her pillow and her father goes to get some air. As the still camera focuses on her exhausted body and her father’s turned back, the audience gets a real glimpse into what it means to feel the weight of the climate, and those invested in its restoration or destruction, on your shoulders.

Although the film doesn’t indulge in copious contextual details, it does highlight how Thunberg’s Asperger’s has made her keenly prepared for the work before her. In one of the final scenes, as Thunberg tends to her horse, she says, “Sometimes I feel like it would be good if everyone had a bit more Asperger’s, at least when it comes to the climate.” Greta’s Asperger’s is what compelled her to learn so much about the environment and the climate crisis, her father says, due to her almost photographic memory. It also keeps her motivated towards this one issue and all of its implications. Greta shares that being socially ostracized is a part of her life, and that she doesn't care to be popular, just heard. The audience feels her pain acutely as world leaders invite her to events, listen to her speak but take no climate action. It’s more painful than when none of her peers speak to her at lunch, because the audience knows how high the stakes are.

Thunberg appears like a tiny rockstar at these events as massive teams of security attempt to part crowds as she walks through. When Greta gets off stage, she is asked over and over again by people in politics if they can take a selfie with her. In one of her classically scathing lines, she says, “We did not take to the streets for you to take selfies with us and tell us you really admire what we do.” Thunberg knows what needs to happen to save the planet and won’t let tone-deaf, ignorant politicians get in the way. At the United Nations, teary-eyed and impassioned, Thunberg admonishes the crowd for stealing her childhood with their empty promises saying, “If you choose to fail us, we will never forgive you.” 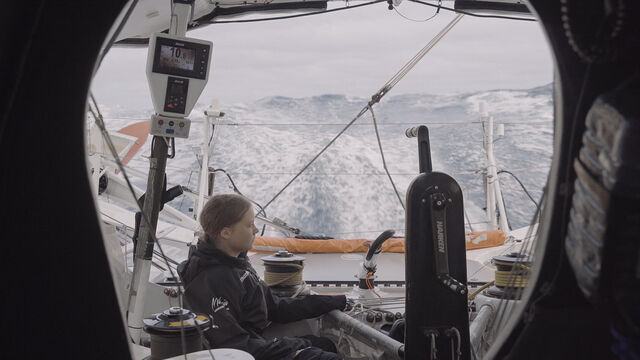 The success of this film is in its ability to transplant the audience into Greta’s shoes, at her eye level, and show all the moments— good, bad, and ugly—that make her who she is. It’s a slice of her life, covering only barely two years, which will invariably continue to be world-changing. The audience gets an uncontextualized view into Greta, understanding via close shots and introspective narration that the climate mattering to one person is reason enough for it to matter to everyone. The film ends with Thunberg’s grueling boat journey across the Atlantic Ocean to New York City for the UN Climate Action Summit. As Thunberg sits unmoving on the rocking boat, thundering deep blue waves crash onto the deck. The power of the ocean perfectly matches Thunberg’s stoic, solid resolve. I Am Greta shows us that Thunberg is just getting started and we would do best to follow her lead.

Watch the film here. Find the trailer below:

Greta Thunberg Asks, What If We Treated The Climate Crisis Like COVID-19?

Tags: climate crisis , climate change , Greta Thunberg , activism , youth activism , documentary , Hulu , climate justice
Support Feminist Media!
During these troubling political times, independent feminist media is more vital than ever. If our bold, uncensored reporting on women’s issues is important to you, please consider making a donation of $5, $25, $50, or whatever you can afford, to protect and sustain BUST.com.
Thanks so much—we can’t spell BUST without U.