When Mother is an Astronaut, in Alice Winocour's "Proxima:" BUST Interview 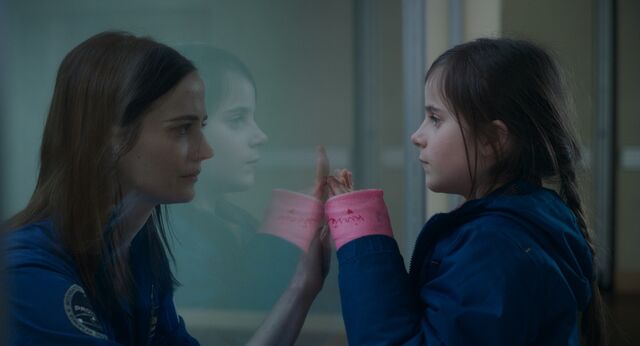 The earth, the sun and all the surrounding planets exist in the Milky Way Galaxy, an easy thing to say but an almost impossible thing to understand. Proxima is the nearest galaxy to us, more than 20 trillion miles away, an incomprehensible distance. “Proxima is the galaxy closest to us and yet it is still so far away much like the emotional relationship between a mother and daughter.” says Alice Winocour, the director of a new movie named after the galaxy. Her film, distributed by Pathé, is an exploration of the complicated distance and intimacy found between an astronaut, Sarah (Eva Green), and her 7-year-old daughter, Stella (Zélie Boulant-Lemesle), as they prepare for Sarah to go to space for a year. Although their particular situation is foreign to many, the acting by both Green and Boulant-Lemesle brings the audience into the experience of loss and growth as the mother and daughter are forced to separate. (The cast also includes Matt Dillon).

Filmed at the European Space Agency, the audience gets a real peek into the once-secretive profession of space travel. Sarah undergoes vigorous training that involves being suspended from the ceiling and sprinting on a treadmill against gravity, being submerged underwater in a heavy spacesuit, and not being able to see her daughter for long stretches of time. In a particularly frustrating scene, a doctor argues with Sarah after she says she wants to maintain having her period in space. The doctor eventually backs off and says they’ll just have to deduct the weight of the tampons from her baggage allowance. As research for her film, Winocour met with female astronauts and trainers to get a sense of what it's really like to endure such physical and mental exhaustion. “I wanted to show how hard it is for women in this profession and beyond. They have to constantly adapt to many things that men don't have to deal with. For example, the spacesuits for training are all built for men. The women always have to justify their presence in this world,” she said. 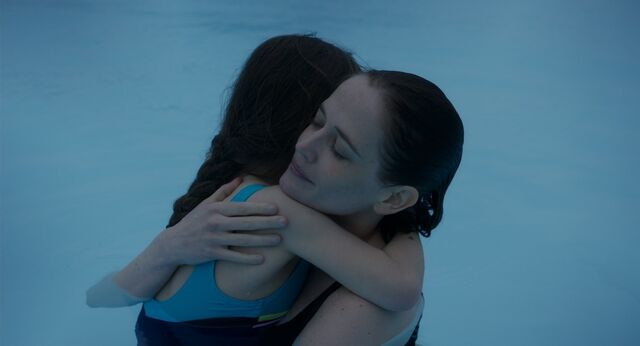 One trainer told Winocour that the first thing male astronauts do when they get to training is show everyone photos of their families because they’re so proud to have an impressive career and have a family. The one woman she trained for 6 months only mentioned her family after the fact. Winocour said, “This was a very moving story to me. Cinema has remained quite silent in showing a superheroine with a child. If you're a superheroine, you're supposed to focus on your mission. In real life, women have missions and have children, and they deal with both, even while having children in a high-powered job is seen as a weakness.”

As Sarah undergoes all of this stress, she clings to memories and time with her daughter. They shiver against each other in the training pool just hoping for a few more moments together, Stella sits under the table pawing at her mother's feet, and Sarah stretches herself thin trying to keep up with both her daughter and her training regimen. Winocour, who also wrote and directed Mustang (2015), wanted to dedicate this film to her now 11-year-old daughter. “I wrote for my daughter because I felt bad about leaving her so often and I felt like a bad mother. I had the feeling that I was talking to her with the movie.”

Proxima is just as much about Stella’s journey as it is about Sarah’s. Stella is discovering her own autonomy and getting to know life on earth while her mother explores more extraterrestrial matters. One of Winocour’s favorite moments in the film is when Stella uses the telescope she got from her mother to instead gaze at little boys playing in the courtyard who eventually become her friends. What is maybe most devastating about the film are these changes Stella goes through while Sarah is gone, often communicated to her by Stella’s escort Wendy, played by Sandra Hüller. Just like the volatility of many mother/daughter relationships, the film is tender and crushing at the same time. This tone is carried by Ryuichi Sakamoto’s music, often sounding like calming binaural sounds. In just 15 minutes of the film, the audience sees Sarah and Stella engaged in a screaming match and then cuddled up next to each other, Stella reaching out her tiny foot to touch her mother’s leg. 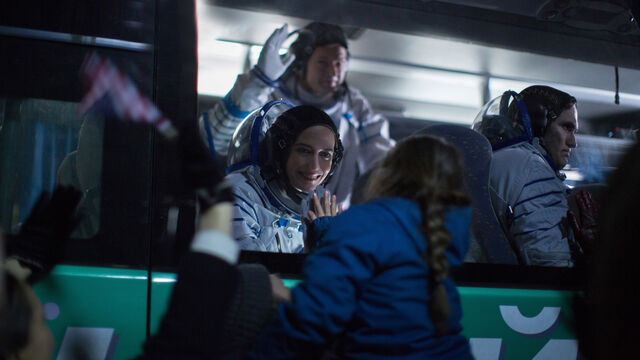 Sarah’s fellow astronauts, both men, have very different experiences even though one of them is also a parent. The american astronaut Mike, played by Matt Dillon, is extremely misogynistic in the early moments of the film, saying it’ll be great to have a woman on the team so she can cook for them and that she ought to lighten her load when it comes to training so she doesn't get too overwhelmed. Sarah often bites back and never shows Mike her weaker moments. By the end of the film though, Mike can at least share compassion for Sarah as a mother. Winocour said, “As Matt Dillon’s character says in the movie, there's no such thing as a perfect mother or a perfect astronaut but because we’ve been told that this is the way you should behave it's hard to get rid of this image of the perfect mother.”

Winocour’s movie does so much more than just speak about misogynistic workplaces or the trials of motherhood, it is an exploration of what it means to be weak and to be strong. Stella and Sarah’s resilience in the face of devastating emotional strain is like a reassuring hug in particularly stressful times. What's more, Proxima passes the Bechdel test with flying colors and will give any viewer a good cry. The film is available for streaming on Amazon Prime and Google Play.

'Mustang' Is A Moving Portrait Of Five Sisters: Movie Review

Tags: Proxima , Alice Winocour , motherhood in film , French film , Eva Green , Matt Dillon , astronauts , working mothers
Support Feminist Media!
During these troubling political times, independent feminist media is more vital than ever. If our bold, uncensored reporting on women’s issues is important to you, please consider making a donation of $5, $25, $50, or whatever you can afford, to protect and sustain BUST.com.
Thanks so much—we can’t spell BUST without U.