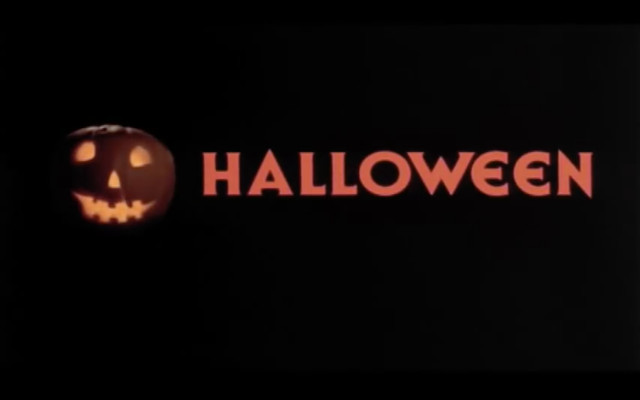 Halloween is usually filled with children prancing around the neighborhood before dusk and 35-year old men in Jim from The Office costumes lumbering around drunkenly. But, this year we won’t have to worry about getting candy for these trick-or-treaters or fighting off the advances of many uncharismatic Jims. Instead, we can really indulge in all that Halloween movies have to offer.

Here are 12 spooky movies you can watch now curated for every mood:

If you're all about the classics:

Halloween (1978) is the quintessential spooky holiday movie that ties in horror, psychological thrills and a little bit of costume envy. It also launched Jamie Lee Curtis’s career which is enough to make me give a standing ovation. Halloween can be streamed on Shudder. And if you want to prepare for the upcoming Nia DaCosta thriller, watch the original Candyman (1992) streaming on FuboTV and DirectTV.

If you're super nostalgic:

Luckily for you, Disney Plus has brought some of the most nostalgic Halloween movies to your living room. Hocus Pocus (1993), Twitches (2005), and The Nightmare Before Christmas (1993) are all available for streaming and will go just perfectly with your DIY candy apples.

One of the best parts of scary movies is their ability to be successfully (or unsuccessfully) campy. After the year we've had, we could all use a laugh and Fantasy Island (2020), streaming on Hulu, provides just that. Bring some levity to your Halloween hangouts and laugh at the absurdity that is Lucy Hale and Ryan Hansen fearfully running around a lush island.

If you want to be so scared that you sh!t your pants:

Being scared can be fun, especially when you're surrounded by your loved ones rooting for a main character to escape or beat her attacker. Hush (2016) gives you just that as a deaf woman who lives in the middle of nowhere is taunted and attacked by a masked murderer. You’ll have to watch it on Netflix to see what twists and turns it takes but just know, you might actually scream out loud.

If the terror of everyday life just isn't enough for you and you want to see more gruesome violence:

Am I being shady with this one? Yes, because ultimately I can’t handle real gory horror. Maybe I’m just jealous of those who can. But I do know that true horror and gore is a very popular Halloween activity, so I had to include this for my terror inclined friends. The Silence of the Lambs (1991) is on Netflix and is the perfect classic example of blood-curdling, nightmare-inducing gory horror. For more modern-day screams try the uber popular Hereditary (2018) and Midsommar (2019).

If you have children (or are a child at heart) and you want to scare them:

The Witches (1990) is a Roald Dahl novel turned terrifying film that really makes you question Dahl’s inner demons. The movie, although marketed towards children, is truly terrifying both in plot and witchy prosthetic makeup. The original can be streamed on Netflix and its remake, featuring Anne Hathaway, comes out October 22 on HBO Max.

If you exclusively watch Mary-Kate and Ashley Olsen made-for-TV movies:

Congratulations for being in the most niche category! The '90s brought us a lot of prime Olsen content as the twin tots worked their asses off to make odd, straight-to-TV movies like this one: Double, Double, Toil and Trouble (1993). This could probably also fit in the laugh and nostalgia categories but, honestly, the Olsen fandom deserves it's own section. Their Halloween movie can be streamed on Hulu.

Have a safe Halloween no matter what mood you're in and enjoy these spooky movies!

In "Antebellum," Janelle Monáe Contends With Slavery In America's Past And Present

Horror Films And Feminism: Women Who Don’t Run From Danger, But Step Up To It (Thank You, Mary Shelley)

Tags: Halloween , horror , Jamie Lee Curtis , Nia DaCosta
Support Feminist Media!
During these troubling political times, independent feminist media is more vital than ever. If our bold, uncensored reporting on women’s issues is important to you, please consider making a donation of $5, $25, $50, or whatever you can afford, to protect and sustain BUST.com.
Thanks so much—we can’t spell BUST without U.