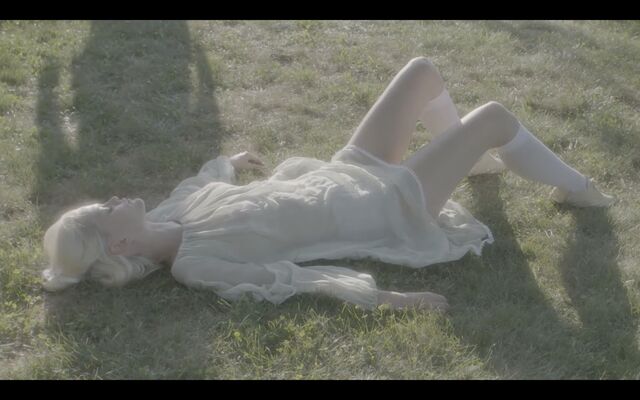 Content warning: The following Q&A as well as the film included contains discussion of sexual and physical abuse.

In the short film Garden of Ants, by Jenni Hensler, a young woman exists in two warring realities, one in innocence and the other in the throngs of an abusive relationship. The film is an abstract reflection of Hensler’s personal experiences with abuse and how she continues to work through its effects on her relationships. Hensler is a freelance creative director, stylist and filmmaker who has produced art for the likes of i-D, the Guggeinheim Museum and Pitchfork. Although her creations take many different forms, they all have a similiar overwhelming, sensory-flooding feel. Garden of Ants is no different, inviting the viewer into the unexpected territory of life before, during and after sexual abuse, juxtaposed with costume design, music and aesthetics. Hensler spoke to BUST about her recent film and what she hopes to impart on viewers.

What reception have you received from people who have seen the film?

I have only shown this to a few close friends and they feel it is intense, but delicate. I haven't told many people my specific memories that inspired this film. Sometimes I think it is best to let the viewer see what they need to. Quite honestly, I've been holding onto it for some reason. It’s not necessarily the film itself, but the feelings involved in sharing what inspired it. Some close friends have recently encouraged me to release this and now I feel ready to share it.

The two distinct aesthetics in the film make it particularly jarring. How did you illustrate these warring realities for the film?

The parts of the film in color signify the child in me, the innocence and sweetness of just beginning to enjoy life. To see the beauty in the most simple things; nature, butterflies, daydreaming….beginning to be inquisitive about my own sexuality. And then specifically, the feeling of danger setting in; the shadow looming on a sunny day, grabbing grass to try to stay in the present, the ants crawling all over as a way for the abuser to touch me.

The black and white more jarring parts are of the effects I felt in my teen years and early adulthood. I was drawn to danger in a way and was ashamed and confused by this as a teen and young adult. I am no longer ashamed of this part of myself. I’m just seeing it more clearly now. This is something that is not often talked about and I think it should be.

The going back and forth is symbolic for time overlapping. The past events playing a role in present choices. In the end, Jenny is the one wearing the leather gloves. She has been drawn to the darker side of life because of her past, because of her innocence being taken away at such an early age. In the end, she is coming out of the water which is how I feel now. I'm seeing everything more clearly. I have control of my life. I am not dancing the dance I know any longer. I am becoming free. These images will still haunt me, and I still struggle sometimes, but I am choosing not to dwell in the darkness.

What role did you want the music to play in the film? What is the signifigance of using two different creators?

The music is an even deeper vehicle to portray that feeling of the two worlds being separate and then colliding.. They are overlapping and cyclical…as life is.. We create patterns in our lives based on our experiences.

I chose to work with two friends to create the soundtrack, Both are incredibly talented musicians. Chelsea Wolfe and Alex Zhang Hungtai (Dirty Beaches). Alex’s recorded in Hong Kong and Chelsea in the woods of Northern California.

Alex made his ambient piece first and let go of it completely, trusting us whole heartedly. Chelsea worked with her partner, Ben Chisholm, to create the other piece overlapping with Alex’s, mimicking the chaotic energy and feeling of the video. The sound is moving backward at times. It makes me think of reality being off or when you can feel a memory, but are not sure if it is real. It is dark and light. Nostalgic and chaotic. Innocent and strong. A sound and vision that is clear and colorful for the surreal memory shots and one that is distorted for the black & white. 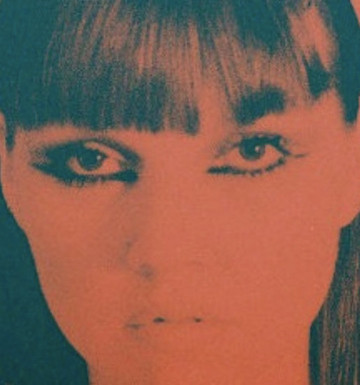 Do you feel the costume design played a similar role? What purpose did it serve?

Yes, very much so. I have a background in costume design and know how this element can help bring a story or feeling to life. I think it is part of what makes my film work special; this attention to detail.

In this case, I wanted Jenny’s first look in color (the memory of the event of abuse) to be childlike and innocent, but minimally so. It is not easy for an adult to have that ability to portray the essence of a child, but with Jenny’s inquisitive gestures and movements and the clothing, this really came across in a strong way.

The black and white present moment portrays Jenny in an abusive relationship. The black latex and sweaty skin as well as the black leather gloves on the male as a signifier of danger and control.

How would you respond to critics of Garden of Ants that worry about the triggering content?

It is not my intention to upset anyone. If anything, I want to connect with people who have been through similar experiences. As someone who has been sexually abused and knows what that feels like and the effects that has on you as an adult I think it's important not to hold those feelings inside.

Expressing these traumas creatively is so healing. My hope is that anyone who is triggered by this might understand that. Especially how these traumas in the past can possibly lead you to allowing yourself to be involved in abusive relationships with others. This is something I'm still working through today. It's a challenge. The first step is to be honest, to be real, to not hold back. I personally feel that it's sad to stifle creativity based on something that triggers a negative response. Isn't that part of what good art is supposed to do? Trigger an emotion and hopefully a connection.

What do you hope audiences take away from the film?

That it is okay to feel, to be honest and vulnerable. Even if those feelings and that honesty is “dark” and makes you feel uncomfortable. We have to understand our past and how it shaped us in order to truly heal and make conscious choices for our present and future. Our experiences shape who we are and the lens we see the world through, but by acknowledging those events and the vulnerabilities they instill in us, we can truly understand who we are and take back our power to shape our actions and reactions and ultimately write our own story going forward.

Header image courtesy of Garden of Ants on Vimeo

Tags: Jenni Hensler , Chelsea Wolfe , Alex Zhang Hungtai , Dirty Beaches , Garden of Ants , short films , sexual abuse , experimental film
Support Feminist Media!
During these troubling political times, independent feminist media is more vital than ever. If our bold, uncensored reporting on women’s issues is important to you, please consider making a donation of $5, $25, $50, or whatever you can afford, to protect and sustain BUST.com.
Thanks so much—we can’t spell BUST without U.