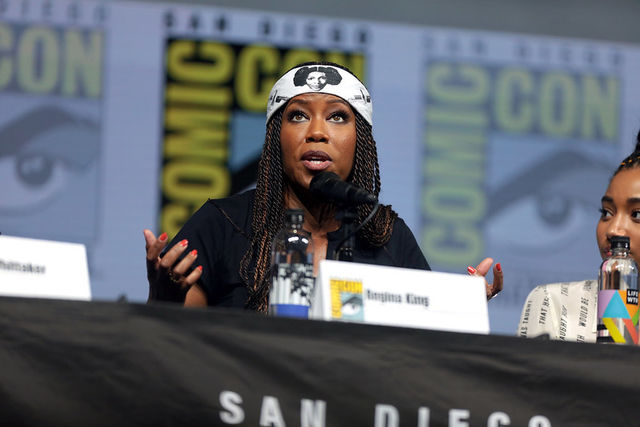 Regina King’s movie entitled “One Night in Miami” premiered at the Venice Film Festival on Monday night. The film, based on Kemp Powers’ play of the same name, follows Cassius Clay, Malcolm X, Jim Brown and Sam Cooke as they celebrate Clay's win over Sonny Liston in February 1964. “One Night in Miami” made history not only as King’s directorial debut, but also as the first premiere directed by a Black woman in the festival's 88 year history.

The Venice Film Festival, much like their international festival counterparts, has excluded Black female talent throughout their history. One outlier is Euzhan Palcy, a female director from Martinique, who won four awards for her 1984 film, “Sugar Cane Alley,” including the Silver Lion for Best Picture. After Palcy’s festival success, and eventual Oscar for “A Dry White Season” (1989) she found it difficult to remain popular in Hollywood. Last year, she spoke to the Guardian about film executives and said, “They loved my film-making and the stories, but eventually they would say: ‘Sorry it’s too black. Our marketing department cannot sell it.’”

Now, 36 years after Palcy’s first festival success, King is worried that not much has changed. At a Monday evening press conference she echoed Palcy’s concerns and said, “It’s interesting because how this film performs will open doors or maybe close doors for more Black female directors … that’s how things seem to work.”

Much of the pressure on filmmakers is a result of the perceived importance of festivals. Three of the last five Academy Award winners for Best Picture opened at the Venice Film Festival and many decision-makers in the industry look to festival selections as the true test for whether a film is worth critical attention or not. The lack of diversity represented in these selections often get film festivals in trouble.

In 2017, the Venice Film Festival came under fire for only including one film directed by a woman in the competition categories. The next year, the festival took an amended version of the 50/50 by 2020 pledge. The original pledge, created by the Times Up movement and the Center for Cultural Power, demanded the release of statistic-based transparency reports surrounding submissions and selections, but the amendments made by the festival committed to transparency without the statistics.

Some festivals like Rotterdam and Berlin now release the names of those on their selection committees but the Venice Film Festival does not. Their website states, “Regarding the selection of the films submitted, the Festival Director will be assisted by his staff of experts, as well as by a group of correspondents and international consultants…”  Two years after the pledge, there are more women in competition- the number has increased from one to eight out of 18 total competitors- but there is still no reported data about the selection committee.

In 2019, King also took the 50/50 by 2020 pledge when she won Best Supporting Actress at the Golden Globes for her role in Barry Jenkins’ “If Beale Street Could Talk.” She promised that the staff on her projects in the next two years, like “One Night in Miami,” would be 50% women. In her acceptance speech she emphasized the power of industry voices and said, “We are on our soap box and using a moment to talk about the systemic things that are going on in life. Time’s Up times two. The reason why we do this is because we understand that our microphones are big and we are speaking for everyone.”

The #GirlPowerSummit Empowered Women In Film