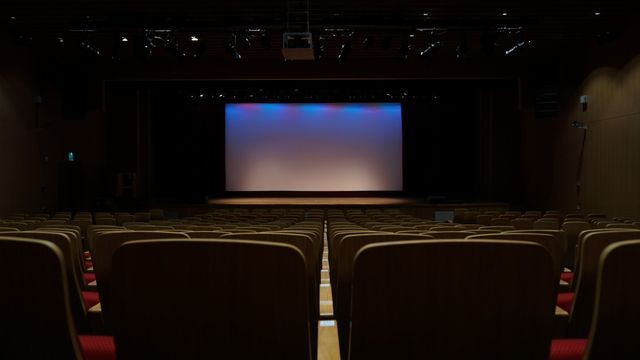 This announcement made by the festival’s directors, Mariette Rissenbeek and Carlo Chatrian, marks the first use of gender neutral awards at an international festival. The directors said, via press release, “We believe that not separating the awards in the acting field according to gender comprises a signal for a more gender-sensitive awareness in the film industry.”

The Berlin International Film Festival’s announcement came a week before the Venice Film Festival, which gave the opportunity for actors to weigh in on Rissenbeek and Chatrian’s decision. At the opening day press conference on Wednesday, Cate Blanchett, this year's jury president, stated that she's always referred to herself as an actor, not an actress. "I don't think we have a very gender specific language and I'm of a generation where the word 'actress' was used always in a pejorative sense. So I think I claim the other space," Blanchett said.

This amount of vocal support for gender neutral awards is pretty new. In 2017, Showtime submitted Asia Kate Dillon’s Billions performance for consideration at the Emmys which had, and still has, gendered acting categories. Dillon, who is non-binary, wrote a letter urging the Television Academy to change their awards categories; Dillon’s non-binary meant they didn’t fit in either category. The Academy responded citing their own rule: “anyone can submit under either category for any reason.”

In the same year, the MTV Movie and TV awards committee made history by opting to use genderless acting awards. Emma Watson won “Best Actor in a Movie” for her role in Beauty and the Beast, and Dillon presented Watson the award.

In June, Dillon wrote another open letter, this time to the Screen Actors Guild (SAG) Awards Committee who, like the Emmys, has gendered awards categories. The letter, penned for Variety and covered here at BUST, pointed out that gendered categories further entrench gender roles and enable gendered oppression. “Not only do your current categories erase non-binary identities by limiting performers to identifying as male or female / man or womxn ( which not all SAG members, like myself, do), they also serve as an endorsement of the gender binary at large, which actively upholds other forms of discrimination, including racism, the patriarchy, and gender violence,” they wrote.

The Berlin International Film Festival’s historic decision came after years of advocacy by non-binary actors like Asia Kate Dillon. If Swinton is right, it may be the first step toward sweeping awards changes in the film community.