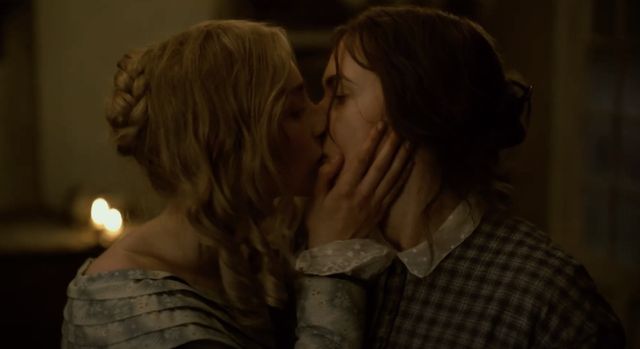 Kate Winslet plays Mary Anning, a paleontologist made famous by her geological discoveries. Now retired, she makes a living off of selling common fossils to tourists in order to support herself and her ailing mother.

However, she’s faced with a proposition from a wealthy tourist and his wife, Charlotte Murchison, played by Saoirse Ronan. Suffering from “melancholia,” basically old-timey depression, Charlotte’s husband looks to Mary’s teachings and the seaside as a potential cure. However, what begins as an apprenticeship ends as an intimate relationship between Mary and Charlotte, made impossible by the social constraints of 1840s England and Charlotte’s marriage.

The film is based on the real-life story of Mary Anning, an icon for women in science whose discoveries changed the way we think about prehistoric life and the history of the Earth itself. Although there isn’t any evidence that she had any lovers, why should we assume she was heterosexual?

Ammonite is scheduled to release in the US on November 13, 2020.