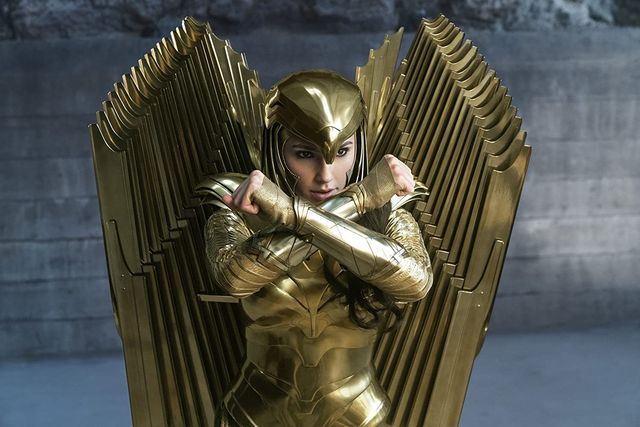 Directed by Patty Jenkins, Wonder Woman 1984 is a follow-up to the director’s 2017 film, for which she also wrote the script. Gal Gadot is returning as Diana and Chris Pine will also be back as Steve Trevor. Robin Wright and Connie Nelson return as Antiope and Hippolyta, respectively. Kristen Wiig will be playing Barbara Ann Minerva, a British archaeologist who becomes Cheetah and Pedro Pascal will play a separate villain, Max Lord. It is set for theatrical release on Oct. 2, 2020.

James Gunn and his cast of The Suicide Squad 2 also appeared via Zoom meeting. The sequel will again feature Margot Robbie as Harley Quinn, Viola Davis as Amanda Waller, Joel Kinnaman as Rick Flag and Jai Courtney as Captain Boomerang.

Of all these upcoming films, it was the first The Batman trailer that really got fans excited. Robert Pattinson explained they already started production before COVID-19 lockdown and that he’s “very anxious to get back to work and continue to form this beloved character."

Director Reeves revealed the movie will follow the second year of Bruce Wayne putting on the mask. It shows Jeffrey Wright as Commissioner Gordon and Zoe Kravitz as Selina Kyle, the cat burglar who becomes Catwoman. Paul Dano also plays The Riddler, a masked serial killer obsessed with the Dark Knight and Colin Farrell looks unrecognizable as crime lord "The Penguin."

In the trailer, Pattinson appears as Bruce Wayne and fully suited up as Batman, beating up thugs. "The hell are you supposed to be?" one of them asks, with Pattinson's Batman answering, "I'm vengeance." The Batman is set to hit theaters Oct. 1, 2021.