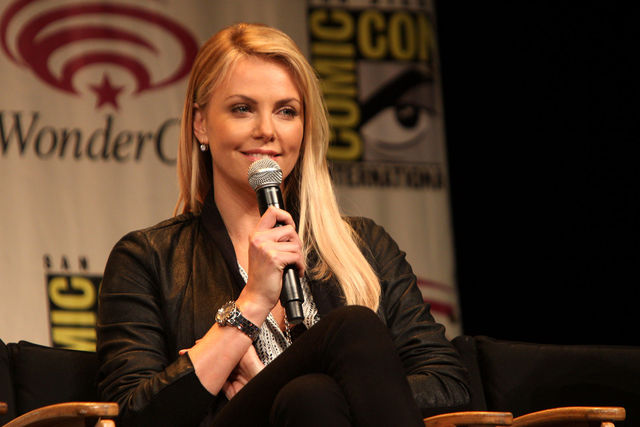 Charlize Theron has been at the forefront of changing how women are portrayed in action films for almost 20 years. During Friday’s San Diego Comic Con, Theron took the time to sign in from home and speak to online audiences. She discussed women in action films, how women fight, and how fear helps push her to achieve her goals.

Over the years, a lot has changed about how women are portrayed in action films. Many times, women are depicted as trophies while the men get to do all the butt-kicking. Theron has played a major role in changing that concept: over time, we have seen how she has evolved through characters from Aeon Flux to Furiosa. She has not only learned but worked to knock down the misconceptions of how women’s bodies are portrayed in action films.

This misconception about women also plays out behind the scenes. Theron says when she first received her schedule for The Italian Job, a film where she was the only female lead, she had to take six more weeks of car training than the men did.

“It was so insulting but it was also the thing that put a real fire under my ass. I was like, ‘Alright, you want to play this game, let’s go.’ I made it a point to out-drive all of those guys,” Theron said.

She kicked ass so hard, she vividly remembers her co-star Mark Wahlberg pulling over and coming out of the car throwing up because of all of the 360s he did. Theron said she also did some of her own stunt work on the film: she recalled having done a 180 in a mall with people, and feeling a sense of pride on what she accomplished that day.  “It was a huge moment of yeah, we can do all this stuff. Women are so unfairly thought of or treated when it comes to the genre.”

Luckily, things have changed over Theron’s career. Just look at her recent films Mad Max: Fury Road, Atomic Blonde, and The Old Guard. While older films were more spliced in their editing, now filmmakers focus on longer shots. We can see the technique of a fighter, which shows skill and brings in another layer to allow women to shine in action films.

Theron says that with every action film comes a different challenge. When she worked on Atomic Blonde, the fight sequences were longer takes of 7-10 minutes of shooting continuous action sequences. However, in addition to the demands of a long shoot, they also had to be on point and true to how a woman would fight. Anyone who has ever done martial arts knows that women fight differently in order to achieve the same result. If you are short, you want to use different techniques than a tall person, and vice versa.

“I was really proud of the action sequences we accomplished in Atomic Blonde,” she said. “It felt to me like we were pushing the envelope and like we were saying that this concept – that somehow we have been arguing for women to fight like men – is just so ridiculous. When we celebrate women fighting like women, that we’re smart about what body parts we are using but we can fight just as hard with our elbows with our heads and our knees. That was when it became really exciting. What is great is there is no one way but we are definitely pushing it.”

Arguably the character that has placed Theron on the path towards canonization as an ultimate action hero is Furiosa. For Theron, though, Furiosa isn’t a hero. She says she isn’t attracted to a character because they are “heroes” or “villains”: she is attracted to well-rounded, human characters.

“They aren't victims but they aren’t superheroes. I am intrigued by the messiness of being a human, especially a woman. When we talk about representation, not just racial representation and cultural representation but female representation I remember vividly feeling such a lack of conflicted women in cinema,” she told listeners. “I felt like there was always a part of me as an actor that felt so unbelievably jealous of these people like Jack Nicholson and Robert DeNiro who got to play these really fucked up people. Women very rarely got to explore that. There was this fear of putting a woman in places where they cannot shine. I do believe society still has us in the madonna-whore complex box. We can be really good hookers or really good mothers.”

Keeping women in these boxes is oversimplifying the “complexities and beauty of what it means to be a woman.” This oversimplification also prevents young girls and women who are growing up watching these films to see themselves as messy humans who can make mistakes. It also stifles the artistic growth of women in the film industry.

“I am not a hero. I don’t relate to heroes. To me, heroes put their head down, they do the work. I have an affinity for that. I like that. I want the characters I play to be someone that we sit in the cinema and say, ‘yeah, I see myself there,’” Theron said.

For Theron, that moment occurred when she saw Sigourney Weaver play Ripley in the film Alien. She was a woman who commanded the scene and owned the world, but her ownership of the space wasn’t forced or written. It was natural and organic, and she wasn’t a trope. Theron says if Furiosa can do for this generation of women what Ripley did for her as a young woman, she would be “very proud.”

“Furiosa is one of the most important characters I played. I saw the potential I saw something I had never seen before,” she said. “It was to show a female character in a way that felt real. Furiosa is the first time I couldn’t even look at her as a character.”

Theron’s career has also pushed against another Hollywood problem: ageism. Theron starred in and produced Atomic Blonde when she was 40 years old.

“I feel really lucky that there are other women doing this at the same time. I am constantly inspired by what other women are doing out there and I am inspired by how we are backing each other up,” she said. “There is a responsibility to hand the baton over to open the door to keep it open. It’s still disproportionate to our male counterparts. We have to keep putting pressure on the industry to change that. I want this to be normalized.”