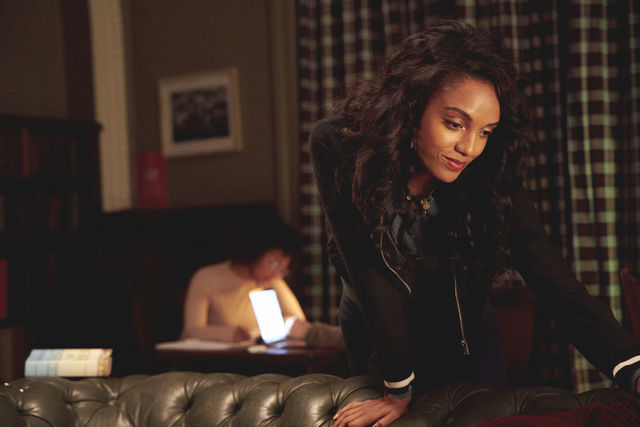 These words are the resounding call of 2020 as the confluence of the Black Lives Matter protests and queer POC activism make plain our fundamental need to redesign our media—and Maisie Richardson-Sellers is making her own wish come true.

An Oxford graduate, actor, writer, and queer WOC activist—is there such thing as a quadruple threat?—Richardson-Sellers is reshaping representation within the film industry. Although many know her as Charlie on DC’s Legends of Tomorrow, she is also drawing attention for her recent appearance in the much-awaited sequel to The Kissing Booth, which dropped this past week on Netflix.

In the follow-up to this popular teen romance flick, Richardson-Sellers plays the role of Chloe, the world-traveling, ambitious Harvard student whose brains and beauty make her the envy of Elle, the film’s lead (played by Joey King). Although the Kissing Booth movies have received criticism for portraying sexist themes and tokenized characters, Richardson-Sellers explains how she brought her perspective as a queer woman of color to the table while developing Chloe’s character. “We had great conversations,” she affirmed over the phone when I called her, a few days before the film debuted. “You know, I personally went to Oxford, and she goes to Harvard, and I know what it’s like to be in a very performative, very white world and how you have to code-switch. I think that’s what Chloe does very well. And it’s not necessarily that I like the fact that that’s what I have to do, but it’s a skill that you pick up and refine and become pretty good at it.”

Richardson-Sellers also brings her own perspective to her work in Legends of Tomorrow, where she plays a pansexual and gender-fluid character. “She’s not your typical hero. If anything she’s more of an anti-hero,” she explains. “She does things that make you think, Of course! There’s one episode where Shakespeare asks her, ‘Is that a man or a woman on stage?’ And she says, ‘Does it matter?’ and carries on.” She makes it clear, in her acting and in her activism, that simply placing POC and queer people on screen isn’t enough. “I really want to challenge, especially with this YA genre, to really step it up with representation, and how you do that representation—not just tokenized, or just Black characters, but we want complex characters with multifaceted experiences.”

Her advocacy for inclusive storytelling doesn’t just live on-screen. Behind the scenes, she is a whirlwind of activism and artistry. This year, she will be launching “Barefaced Productions," her very own production company that centralizes queer people of color. This is a project that has been in the works for two years now. Richardson-Sellers first got the idea after co-writing Sunday Child, a short film about a young queer woman of color on a journey of self-discovery. “It came out of me noticing how often representation was done in problematic ways,” she explains. “So, ‘Barefaced Productions’ started as a way to fill that void, and we focus a ton on marginalized stories and LGBTQ+ stories in a way whereby those who are having their stories told on the screen are also the ones telling it behind the screen.”

One of her ideas for future projects includes the story of her grandmother, which she hopes to co-write with her mother, who is an actress and writer as well. Such collaboration is key for Richardson-Sellers in all the work that she does. “It has to be for me,” she says, “because that’s the joy in it. I love bouncing ideas off of people and challenging people and being challenged and I personally think that’s the most exciting thing: when you’re forced to push yourself that little bit further.” 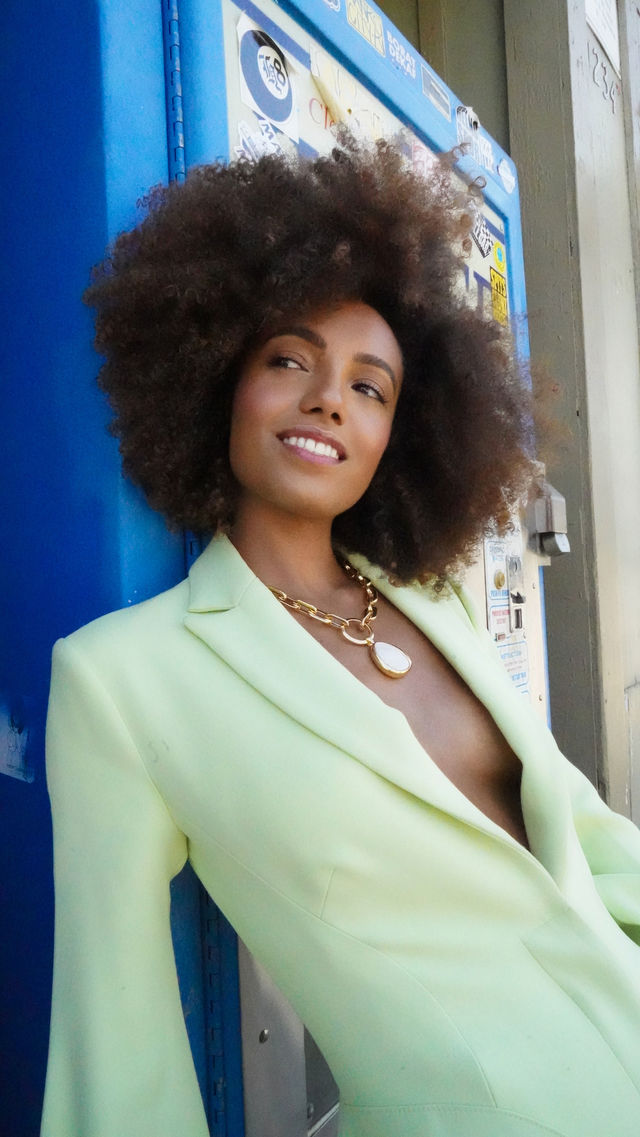 When she’s not writing, acting, or creating, she’s volunteering. Richardson-Sellers has worked with a number of organizations that centralize queer people of color, including The Triangle Project in Capetown, South Africa—a non-profit human rights organization that offers services to LGBTQ+ communities like legal support, medical care, counseling, and education. For someone so active,Richardson-Sellers' energy is abundant. “I’m looking forward to it all!” she says. “I’m excited to be here, to be able to share. I’m excited to write. I’m excited to use my voice—obviously, there's a lot of pain in the world right now, and I want to use that, you know, and find some kind of positivity in a way to push forward.”

Thao & The Get Down Stay Down Embrace Complexity On "Temple"

Tags: Maisie Richardson-Sellers , Kissing Booth 2 , Queer , POC , Representation , feminist , movies
Support Feminist Media!
During these troubling political times, independent feminist media is more vital than ever. If our bold, uncensored reporting on women’s issues is important to you, please consider making a donation of $5, $25, $50, or whatever you can afford, to protect and sustain BUST.com.
Thanks so much—we can’t spell BUST without U.