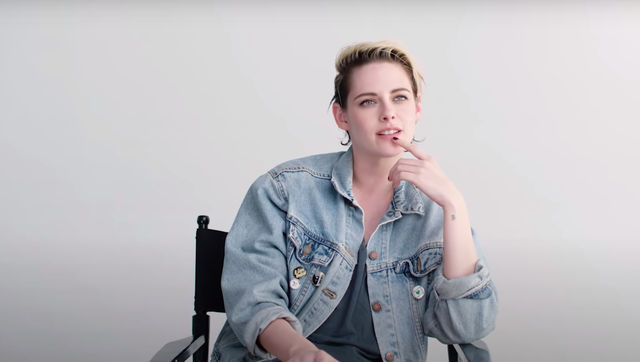 Early last week, news broke that Twilight star, Kristen Stewart, will be playing the one and only Diana, Princess of Wales in an upcoming film. Set in the early 1990s amidst Diana’s divorce from Prince Charles, there is much to be excited about in terms of a new film about the feminist icon, but a great deal about the film has left some fans confused as well. Here’s everything we know so far:

With a screenplay written by Steven Knight of Peaky Blinders, the upcoming biopic, Spencer, is set to take place within the span of three days in 1992 while Princess Diana and her husband, Charles, are on Christmas holiday at their Sandringham estate. Produced and directed by Pablo Larrain, who also produced and directed the Jackie Kennedy biopic, Jackie, in 2016, the Princess Di flick is set to begin filming in early 2021. "We decided to get into a story about identity,” Larrain stated on the film, “and around how a woman decides somehow, not to be the queen. She's a woman who, in the journey of the movie, decides and realises that she wants to be the woman she was before she met Charles."

There have been a number of films and documentaries about Princess Diana in the past. While most were made for TV, 2013’s Diana starring Naomi Watts is perhaps the most notable retellings of the princess’s life. Diana took place during the last two years of Princess Di’s life, right up until her untimely death in a car crash in France in 1997. While Watts was lauded for her portrayal of the famous princess, the film overall received negative reviews mainly due to its restraint in showing the complicated facets of Diana’s life.

Princess Di was an inspiration for so many women and girls in the 1980s and 90s. Often referred to as a princess of the people and perhaps best known for breaking boundaries and her activist work, her legacy and influence still largely remains today. While it seems the only previous Hollywood biopic about the royal lacks the intimate viewpoint fans were looking for, Larrain’s interpretation of her experiences could be quite the opposite. His previous biopic, Jackie, which took place in the aftermath of President John F. Kennedy's assassination, was commended for both Natalie Portman's performance of the titular First Lady and for its intimate and heart wrenching portrayal of her experiences. Surely Spencer will fall in Jackie’s footsteps.

What has some fans confused in terms of the upcoming film, however, is the way the story will mainly revolve around Princess Diana’s relationship with Prince Charles. While it will be interesting to see Princess Diana’s decisions to leave the royal family and seek liberation as well as a way back to her old self on screen, some fans are wondering if a movie about the feminist would be better off taking place after her separation from Charles and focus more-so on the empowering force she became for women around the world. Some are also skeptical that as of right now, there do not appear to be any women creatives behind the film.

Honestly a bit sceptical about the movie abt Princess Diana cause they probably won't tell the whole truth but Kristen Stewart in Diana's amazing outfits? pic.twitter.com/5qHS32P7zQ

Of course, the contents of the film is not the only thing fans are questioning. Upon hearing that Kristen Stewart would play the famous princess, Twitter sort of lost its mind. Many were quick to come for the 30-year-old actress, arguing that she lacked the range to play Princess Diana. As Larrain pointed out however, "Kristin can be many things, and she can be very mysterious and very fragile and ultimately very strong as well, which is what we need.” In agreement with the director, many fans came to defend Stewart's acting chops, citing her performances in The Runaways, where she played the rockstar Joan Jett, J.T. LeRoy, Lizzie and, most recently, Charlie’s Angels. It seems as though many still hold Stewart to her early performances in the Twilight Saga films, but as countless fans, critics, and news outlets are beginning to point out: she has the potential to be a great fit for the Princess Diana role.

While there is no trailer for Spencer and little known about the plot aside from what has already been released, it will be interesting to see how this biopic about the iconic Princess Di will play out.

Meet The 87-Year-Old Duchess Who Was Married 3 Times, Said "No" To Picasso, And Is More Badass Than You