Grab Your Brooms: A Hocus Pocus Sequel Starring The Original Cast Is Underway 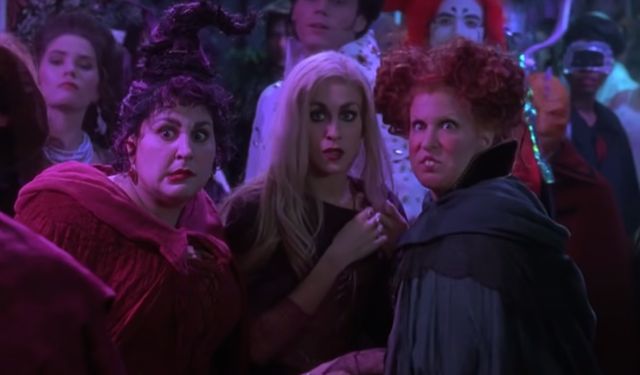 Come sisters, we fly! Mary, Sarah and Winifred Sanderson are set to return to the screen in a Hocus Pocus sequel 27 long years after the original film came out and over 327 since they first prowled the streets of Salem stealing the souls of children, but who’s counting? The 1993 film was by no means a box office hit. Directed by Kenny Ortega and released in the middle of July, Hocus Pocus only made about $40 million in the box office (not a great figure for a Walt Disney film) and got its fair share of scathing reviews. But over the years, it has rightfully become one of if not the most well-known Halloween film of all time, gaining quite the cult following along the way.

Talk of a potential sequel has been floating around for years, but an official statement on the subject was issued back in March. Just last week, Sarah Jessica Parker, who played Sarah Sanderson in the original film, hinted that she, Bette Midler and Kathy Najimy would all return for the upcoming sequel. “Bette Midler, Kathy and I are all very hospitable to the idea,” Parker said. “We’ve gotten to the point where we've agreed publicly to the right people...so we'll see what the future holds.” Thora Birch, who originated the role of Dani Dennison, also noted that she would be interested in making a return for the sequel.

Yes, it will be a sequel. And yes, media sources are predicting the return of the original witches. Hopefully some others as well. —If you could write the script, what would you have happen in the new movie? ✨??

Rather than coming out on the big screen like the first time around, the sequel is set to come out on Disney+ and is expected sometime in 2021, or perhaps even after due to Covid-19 putting a halt on any production. And while Kenny Ortega directed the original (yes, the very same Kenny Ortega responsible for High School Musical), the upcoming film is set to be directed by Adam Shankman of Hairspray (2007) and Rock of Ages leading many to believe the Sanderson Sisters will return into a full-fledged musical. While most die-hard fans would likley be just as happy to see Bette Midler repise "I Put A Spell on You" one more time, who wouldn't be excited for a Halloween-musical moment?

Other than that, however, not much is known yet about the plot. At the end of the original film, we all watched the Sanderson Sisters turn to dust and stone as the sun rose after a long Halloween night chase, saving all the children in Salem from their wrath. But if the upcoming movie is set to be a sequel rather than a prequel, one must assume that the Sisters figured out a way to return from the dead once again. Those virgins have got to stop lighting a black flame candle when they see one.

While there likely won't be a trailer of even any more news for a while, you can be sure Hocus Pocus fanatics, witchy women and lovers of all things Halloween will be anxiously waiting to watch the Sanderson Sisters run amuck once again.

A New "Hocus Pocus" Is Almost Here And Probably Queer

For The Love Of Morticia: An Ode To The Addams Family's Matriarch