Details
BY Aliza Pelto
IN Movies
Published: 11 May 2020 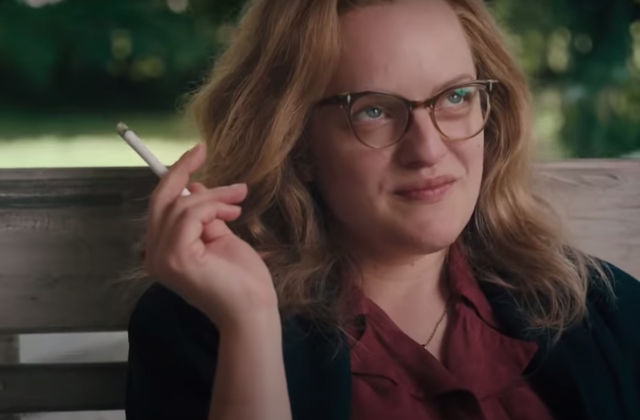 The latest in a line of thrillers starring The Handmaid’s Tale’s Elisabeth Moss is Shirley, a movie adaptation of a book by the same name about a moment in the life of legendary horror author, Shirley Jackson. Perhaps best known for her short story “The Lottery,” which just about everyone and their mom was asked to read at some point in middle school or high school, one might go as far to name Jackson the mother of modern horror (falling only second to the grandmother of all things horror, Mary Shelley). The author of The Haunting of Hill House, Jackson is a staple for any avid-horror reader. And although some dismissed this genre-based feminist writer during her prime, her stories stand today as literary staples as well.

As it turns out, Jackson was a bit of a strange woman, which Susan Merrell explores in her 2015 novel Shirley. Now adapted into a movie directed by Josephine Decker, the story is set in the fall of 1964, following Jackson and her husband, literary critic and professor at Bennington College, Stanley Edgar Hyman, as they take a young couple into their home. As anyone would, the young couple fall helplessly into Jackson’s bizarre world, potentially becoming the inspiration for her next horror story.

Set to come out on Hulu and other digital platforms on June 5th, the film stars Elisabeth Moss as the one and only Shirley Jackson, Michael Stuhlbarg as Stanley Hyman, and Odessa Young and Logan Lerman as the young couple, Rose and Fred. Released this past weekend, the trailer for the film is reminiscent of Jackson’s novels. There are no jump scares, there’s no gore, nothing about the trailer is particularly terrifying at all. But with eerie music that would spin anyone into hysteria in a matter of minutes and scenes that land somewhere between hypnotic and flat out freaky, it’s like falling right into one of Jackson’s psychological horror tales. For any and all horror fanatics, literature lovers and Elisabeth Moss stans, Shirley definitely seems like one to watch.

For The Love Of Morticia: An Ode To The Addams Family's Matriarch

Tags: Shirley , Shirley Jackson , Elisabeth Moss , The Haunting of Hill House , The Lottery , Horror , Horror Writer , Susan Merrell , Logan Lerman , Odessa Young , Josephine Decker , Michael Stuhlbarg , Edgar Hyman
Support Feminist Media!
During these troubling political times, independent feminist media is more vital than ever. If our bold, uncensored reporting on women’s issues is important to you, please consider making a donation of $5, $25, $50, or whatever you can afford, to protect and sustain BUST.com.
Thanks so much—we can’t spell BUST without U.