How To Celebrate Star Wars Day (AKA, May The Fourth) From Quarantine

Details
BY Isabel Sophia Dieppa
IN Movies
Published: 04 May 2020 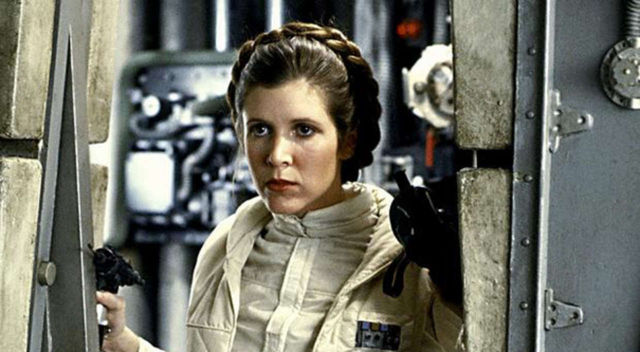 It is May 4 — also known as Star Wars Day. The day when fans all over the world come together to celebrate their love of an epic space saga from a galaxy far, far away.

Over the last 40 years, people have fallen in love with Star Wars, but it’s hard to talk about the fans without talking about the gatekeepers. As a late blooming Star Wars lover myself, I was afraid to jump into Star Wars because of the rabid male fan base. But here are the facts: Star Wars is awesome (okay, that’s an opinion), and people of all races and gender identities love it (that one’s a fact). It is the hero’s journey, and heroes come in all genders and races.

“When it comes to Star Wars, everyone has their thing that they love and I think part of the reason why gatekeeping is so bad is because if you don’t love the same thing as someone else it becomes a, 'Well, [then] you don’t love Star Wars,’ which isn’t true,” writer and Star Wars fan Rachel Leishman told BUST.

This year’s Star Wars Day has of course been eclipsed by the dark force known as COVID-19. Our heroes find themselves quarantined at home in order to save the lives of thousands from the hands of darkness.

In celebration of Star Wars Day, people have created online cons and special releases. Artists such as Camilla d’Erricco launched a series of original pieces of Star Wars artwork and prints especially for May the Fourth celebrations.

“While I cannot speak on behalf of Scum & Villainy Cantina, fandom was right to call out the obvious oversight in the original flyer which did not fully represent the inclusivity of the event. Over the last 2 weeks, we reached out to hundreds of folks to participate - to showcase the breadth of fandom - and as of today have confirmations from many of those folks, now visible with this schedule,” one of the co-producers of the event, Justin Sewell, told BUST over email.

Some of the women you can catch include comic book and Star Wars novel author Cecil Castellucci. There will also be a special panel about Carrie Fisher hosted by Mary Sue writer Rachel Leishman and featuring writers Yolanada Machadoand Clarkisha Kent. Leishman’s panel will focus on Carrie Fisher and talk a little about how Fisher was an advocate for mental health awareness. A perfect theme, since May is also Mental Health Awareness Month.

“What I really like about Star Wars and talking about it to all these people is you find a lot of different love of characters. We all found something to connect to. Why I really wanted to focus on Carrie and Princess Leia is that she’s still a beacon of hope,” Leishman said.

Other panels to be hosted the Scum and Villainy event include a round table discussion hosted by Catarina Dennis and a discussion between Jessie Maltin and her father Leonard Maltin. Jennifer Muro will be hosting a discussion of the prequel trilogy.

Star Wars Day is about loving Star Wars and showing your love for this epic story that has made it into the zeitgeist of our culture over 40 years. It doesn’t matter if you love baby Yoda or Princess Leia, Mark Hamill or Carrie Fisher. This is a fandom for everyone, and we can all play in the sandbox.

"It’s always important to remember as Star Wars fans the toxic world that’s created from these franchises are meant to separate us but we should all come together because it’s Star Wars. We all love Star Wars and like these characters for these reasons," Leishman said. "We shouldn’t be so quick to shame and judge fans. We all should embrace positivity like Carrie did and try and be our best, especially with how the world is."

A Woman-led ‘Star Wars’ Series Is In The Works