Whitney Houston is Finally Getting a Hollywood Biopic 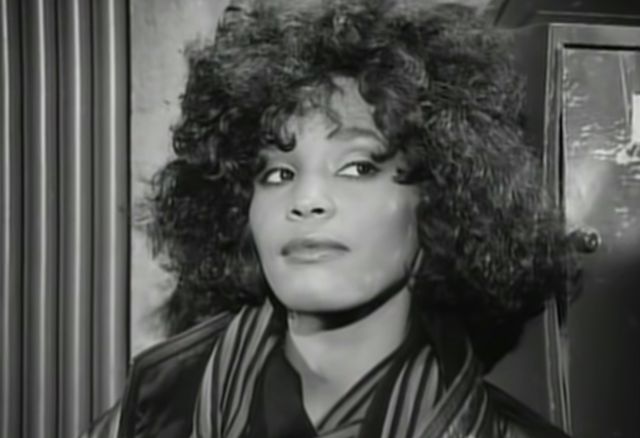 It’s official: a film about the life and career of beloved singer and actress Whitney Houston is finally in the works. Music producer Clive Davis will be working closely with Pat Houston and the Whitney Houston Estate to produce the biopic which will be titled I Wanna Dance With Somebody. Anthony McCarten, who wrote the screenplay for 2018’s Bohemian Rhapsody, is currently writing the screenplay while Stella Meghie, who directed the recently released romance The Photograph, starring Issa Rae, is set to direct.

The biopic is a long time coming. Although there was a film about the life of Houston directed by Angela Bassett and released in tandem with the documentary film, Beyond the Headlines: Whitney Houston, on Lifetime in 2015, this is the first time a movie about her will make it to the big screen. Many fans have been wondering when Whitney Houston would get the Hollywood biopic treatment, especially since there has been a surge in the cinematic genre depicting other various musical icons in recent years. From the aforementioned Bohemian Rhapsody to last year’s Rocketman, which followed the life of Sir. Elton John, it's about time that Houston gets her time in the spotlight.

Although there is not yet talk about who the cast will feature and, most importantly, who will be portraying the late, great Houston, many are already sure that the movie is going to be a hit. McCarten, who is penning the screenplay, has a history of writing films that go on to be award-winning. That, combined with the directorial talents of Meghie and the fact that the film will be run-through of Houston’s discography, are sure to make this biopic great.

Along with Davis—who discovered Houston when she was just 19-years old—and Pat Houston of the Whitney Houston Estate, the film will be produced by McCarten, Denis O’Sullivan, and Larry Metsel on behalf of Primary Wave Music, the music company that represents Houston. The producers described the biopic as a “joyous, emotional and heart-breaking celebration of the life and music of the greatest female R&B pop vocalist of all time, tracking her journey from obscurity to musical superstardom.” As we have seen in some of the other biopics released in recent years, the producers noted, “While being very frank about the price that super-stardom exacted, it will be both the rich and complex saga of the search for the perfect marriage between song and singer and audience, and at the same time the moving tale of a simple Jersey girl trying to find her way back home.”

When Houston unexpectedly passed away in 2012 at the age of 48, the world turned upside down. She was an incredible force in the world of R&B, gospel, and pop music. She was one of the most renowned recording artists of all time, selling more than 200 million records worldwide with iconic anthems like “I Will Always Love You,” "I'm Every Woman," and, of course, “I Wanna Dance With Somebody.” And who could forget Houston’s film career? She became a force in Hollywood, starring in a variety of films from The Bodyguard to Waiting to Exhale to Cinderella. Over the span of her life, Houston won six Grammy Awards, 16 Billboard Awards, 22 American Music Awards, and two Emmy Awards, and was recently inducted into the Rock & Roll Hall of Fame.

“The Estate of Whitney Houston is more than elated to be involved with a group of people that are as passionate about Whitney’s life story as we are,” Pat Houston stated. “Whitney’s legacy deserves only the best that can be given. I stand with the hearts of these partners being the chosen ones to produce a film that’s uplifting and inspiring to all that loved her, giving you a reason to continue to celebrate The Voice that we all fell in love with and will cherish forever!”

9 Films To Watch This Galentine's Day