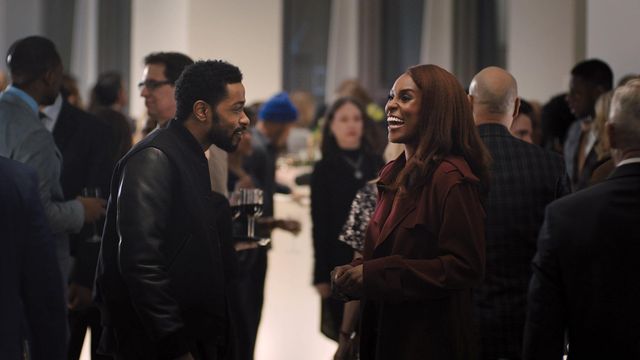 The Photograph, starring Issa Rae and LaKeith Stanfield, is the first Black romantic film of the decade—premiering on Valentine’s Day, smack dab in the middle of Black History Month. Setting the tone for representation of Black love by Black creators under any other circumstance would be daunting, but The Photograph exceeds expectations by simply just being a regular, degular love story.

The film seesaws between two generations of love: Christina (Chante Adams) grappling between her love for her southern hometown sweetheart, Isaac (Y’lan Noel) and her photography career; and Christina’s daughter, Mae (Issa Rae) a successful museum curator, stumbling into her own romance with reporter Michael (LaKeith Stanfield) as the two met while he investigates Christina’s past more. Through the ebb and flow of Mae and Michael’s relationship, viewers are exposed to Millennial Buppies, or Black Yuppies, through the casual and spontaneous hookup of their respective friends and Michael’s married cousin Kyle (Lil Rel Howery). Setting out to not repeat the same mistakes at love as her mother, Mae allows herself to be vulnerable with Michael. For this, viewers are granted a peek into the complex dynamic of a strained Black mother-daughter relationship. Presenting as the foundation for Michael and Mae's relationship, Christina is emotionally distant to Mae as her only was of protection and love. It’s simply a film of regular working Black people, living regular Black lives, sharing regular Black love stories.

There’s something special and refreshing about seeing Rae as Mae, as the love interest. She’s not the damsel in distress that needs a savior. She’s not the hard-ass bitch that needs softening. She’s just a working woman paired with a man wanting to love her.

There are still solid performances here, though. Stanfield is dreamy, alluring, and protective. Having shone in every supporting and starring role prior, audiences have been waiting to see Stanfield yearn over a love interest for some time. Not to be outdone, Rae surprisingly sheds her witty quips and delivers a sexy and mature performance, effortlessly—a huge leap from her insecure and awkward characters that we love and know her best for.

Though Mae and Michael are the starring roles, the other love story between Christina and Isaac is a bit more intriguing and definitely deserved a film all its own. The complex portrayal of Christina, not wanting to be defined by the role of wife and seeking more for herself in a career, is not a trope many are familiar seeing with Black women on screen. In the time of record breaking works like Get Out and Black Panther, Black films are often placed under an unfair microscope leaving little to no room for experimentation or error. The portrayal of Blackness in any form of normality is a radical act in itself. While capturing the uncertainty of one’s 20s/30s in love and career, the film paces and transitions well. There is conflict as maneuvering though love is complex, but there is no trauma. The two lovebirds are victims of timing and ambition, nothing else.

Does the film stand with the heavyweights of the the genre, like Boomerang, Love Jones, Jason’s Lyric, Brown Sugar, or Moonlight? Absolutely not, and it doesn’t need to be. And yet, it is still necessary. (3/5)

Issa Rae Is Making The '90s Black Drama We Deserve