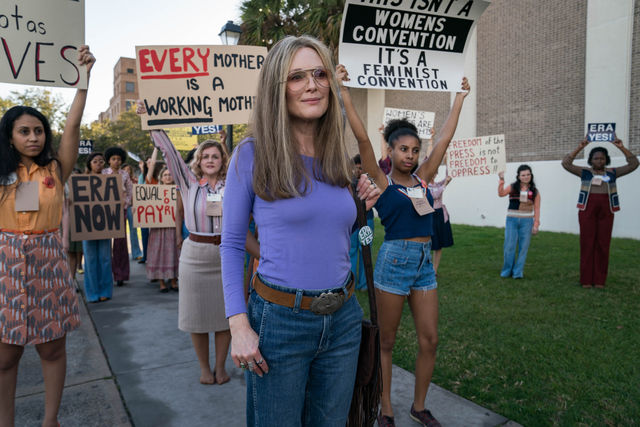 Attending the Sundance Film Festival is a great way to check out what’s going to be relevant for the coming year. This trip I watched twelve films in four days. Sounds like a lot, but with 118 feature films screening at Sundance this year, I barely scratched the surface of all that was being offered. Here is a guide to a few key films that we think will make an important mark on our culture this year. 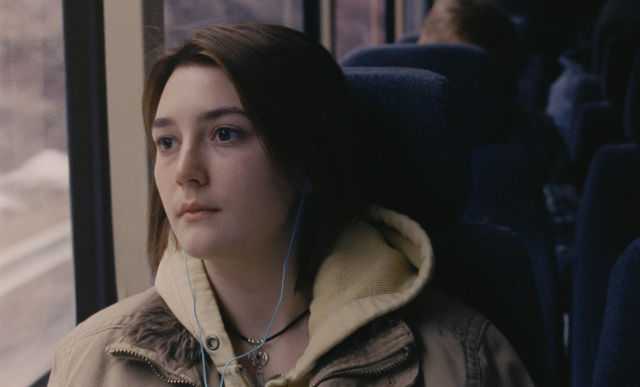 With Roe v Wade under attack and scores of laws passed just last year restricting the right to abortion across America, Writer/Director Eliza Hittman delivers a powerful and stark exploration of one young woman’s journey through the difficult and unnecessarily complicated process getting an abortion in 2019. When Autumn, (Sidney Flanigan) a pregnant teenager living in Pennsylvania learns that her home state requires parental consent for an abortion, she and her cousin Skyler (Talia Ryder) take a bus to New York to try to get the procedure. This is cinematic storytelling at it finest, an understated character study of a young woman under duress. With very little dialogue, Flanigan delivers a mesmerizing performance, her emotionally traumatic experience revealed through subtle expression. 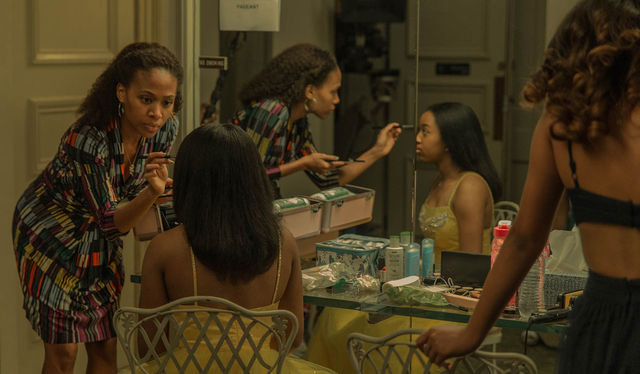 June 19th 1865, known as Juneteenth, is an American holiday that commemorates the abolition of slavery in Texas, two whole years after the Emancipation Proclamation. Written and directed by Channing Godfrey Peoples, Miss Juneteenth is set in Fort Worth, Texas and is a lush slice of African-American life. We follow Turquoise (played by Nicole Beharie) a former Miss Juneteenth pageant winner and a single mom, as she presses her teenage daughter, Kai (Alexis Chikaeze) to try to win the pageant. Kai isn’t interested in following in her mother’s footsteps and has other plans to join the local dance team. When Ronnie (Kendrick Sampson) Kai’s struggling father gets arrested for fishing on government waters, Turquoise has to figure out how to bail him out. The hardships placed on Turquoise are immeasurable as she struggles with the financial burdens of living up to the American Dream. This is a powerful film with nuanced black characters, exploring pageant culture, black cowboy culture, and rooted in a mother/daughter bond that brings cinematic truth to the black experience in the south.

Directed by Julie Taymor, The Glorias takes us on an unconventional journey through Gloria Steinem’s extraordinary life. Based on Steinem’s 2015 memoir “My Life on the Road,” Taymor uses four actors to portray four different times in Gloria’s life, Ryan Kiera Armstrong plays Gloria as a child, Lulu Wilson as a young teenager, Alicia Vikander in her 20s and 30s, and Julianne Moore from her 40s to the present. Taymor creates a “Bus Out of Time” as the major structural device to explore Gloria’s inner life, with all four of the Gloria’s riding on the bus together, in essence, talking to herself, as a way to explore her feelings. The film employs a time jumping chronology, bouncing freely though different times of her life. We see Gloria’s relationship with her mother and father and how it helps define her roots, and her time in India in her twenties helps define her development as a feminist organizer. The film explores Gloria’s experience as a journalist and the blatant sexism she must endure. Gloria’s time as a social activist is shared with star turns by Janelle Monae as Dorothy Pitman Hughes, Flo Kennedy as Lorraine Toussaint, Bette Midler as Bella Abzug, and Kimberly Guerrero as Wilma Mankiller. The film culminates with a powerful rendition of the 1977 National Women’s Conference and the struggle to pass the Equal Rights Amendment. A little heavy handed at times, The Glorias is an emotional history lesson well worth taking.

Written and directed by Edson Oda, Nine Days is his debut feature and one of the most unusual films playing at Sundance this year. This is the logline that is in the catalog: in a barren, surreal, pre-life place, a bureaucrat auditions potential humans and decides who gets to be born, until he has a crisis of faith over a past choice. Sounds pretty dry but it’s loaded with humanity. Oda creates a world that is familiar yet allows for a wholly original take on human emotions and experiences. Winston Duke plays Will, an uptight bureaucrat monitoring the lives of a group of people in real time on monitors in a dark wood Craftsman style house in the middle of a salt flat desert. When one of his people die, he starts interviewing a group of souls to fill the position. Over a period of nine days, Will has to select one soul for birth. Benedict Wong plays his assistant and friend Kyo who helps Will manage the new souls as they stop by the house for their interviews. Bill Skarsgard, Tony Hale, David Rysdahl, Arianna Ortiz and Zazie Beetz all play souls vying for the opportunity to be born. Nine Days explores how life is to be valued, what it feels like to be human. This film took my breath away.