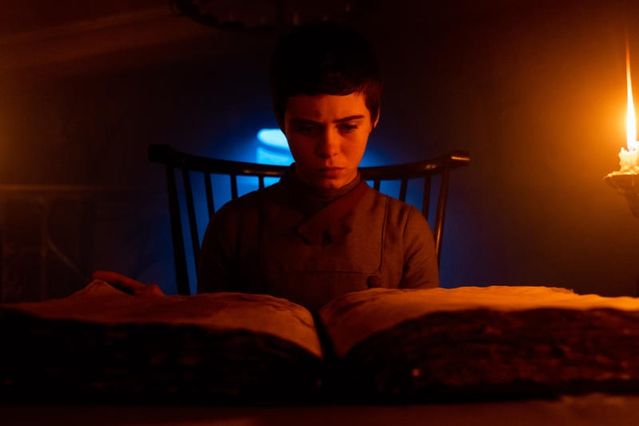 I first saw Sophia Lillis onscreen as Beverly Marsh in Stephen King’s film adaptation of IT. The performance resulted in the actress' nomination for the MTV Movie Award for The Most Frightened Performance, and rightfully so — because this girl can act. The second time was in her latest project, Gretel and Hansel, which I watched in a cinema alone. The film, based on the Brothers Grimm fairytale, is a coming-of-age story about a 16-year-old named Gretel, who is kicked out of her home alongside her brother, Hansel, to search for work and food. Instead, they find themselves in a precarious witchy web.

As the film’s title suggests, with the original order of the names switched, female-focused themes are heavily explored, varying from young and older women’s expectations in society to feminist role models. I spoke to Lillis about these portrayals, having to sacrifice a normal 17-year-old life to do what she loves, and being a young woman in Hollywood today.

You’ve been in a lot of dark thrillers with strong female leads (IT, Sharp Objects). What draws you to them? How do you prepare for them?

For IT, technically, I didn’t want to do it specifically because it was a dark film. I was just trying out many things and it was just one thing that I got and it was my first big studio film. So that was a lot of fun to do. As for things that are usually dark, I guess I’m drawn to those roles because those roles are the most interesting and I think, for me, seem to be the most difficult. I’ve always liked to challenge myself and do something different and something that I usually I wouldn’t feel so comfortable doing. I just wanted to do really well and have these situations that are really dark and different. I’ve soon become accustomed and seem to really enjoy those kinds of roles. As for the strong female leads, I also tried it when I picked characters. It’s those characters, like Gretel and Beverly, that are people I really look up to. Playing those characters, I really become them — and become the people I want to be. Maybe for the viewers and for other young girls, hopefully they get inspired, strangely enough, by me. I’d feel really happy if that were to happen and encourage them to be strong.

Do you feel like the thriller/horror genre is shifting towards more feminist-based plots?

I think so. I’ve seen a lot of projects and characters [where], even though there is some kind of strong white man doing all this stuff, I’ve also seen a lot of, and been a part of, having women be the heroic person. And I feel like that’s becoming a thing now, which is really good. It’s more inspiring.

What roles do you think Gretel was expected to play in society, and how were they represented throughout the film?

In the society that she lives in, especially in the beginning, there’s this whole thing of how she’s supposed to listen to everyone, not question anything, live this mundane life and do everything in her power to support her family. Gretel could not live in that society and world because she had ideas and opinions and she knew what was right, even though everyone else is telling her not to. It inspired me because I wanted to act and my family is really supportive, but I could’ve lived in a place where I wasn’t supported with what I wanted to do — so I’m really lucky to be alive at this time in the entertainment industry. I have a lot of opportunities, but if I’d been in it ten years ago, I wouldn’t have the projects or the luck to play such roles and such strong roles. That’s the situation that Gretel’s in now, where she lives in this place where people don’t see her as a leader or strong. Or do something that she would enjoy doing. Later on, towards the end, she rises up and becomes who she really can be, and shows everyone she is strong and she has her own life to live.

Similarly, after Gretel’s mother sends her and Hansel away because she can’t provide for them anymore, they stumble upon the witch (Alice Krige), who becomes a somewhat mentor to Gretel and helps her uncover her power. How do you think older, motherly figures are represented throughout the film?

For everyone else watching the film, they probably think, “man, this witch is obviously evil. Why is Gretel even listening to her?” At the same time, she never really, truly, had a mother that was a mentor figure for her that gave her hope and ideas and supported her in any way. The witch was, weirdly enough. Even though she is obviously a villain, she did actually encourage her to become who Gretel really is. She let her be the person she wants to be, which was such an interesting character dynamic. There’s always going to feel like there’s someone who wants to put you down and there’s always going to be someone who is going to support you, so I feel like that was an interesting take on it. 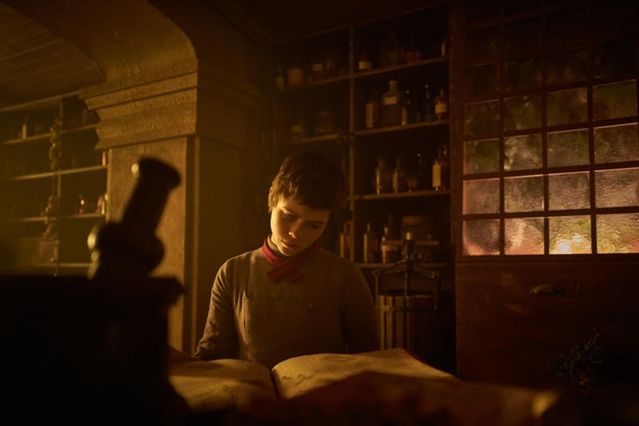 There’s a line in the film that is repeated several times: “Nothing is given without something being taken away.” What does this mean to you?

Thinking about it professionally, when I act, I’m gone a lot of the time. At some point it feels like when you leave, for the rest of the world and your home, your family, time doesn’t stop and moves on. Instead of feeling like two months, it feels like two years, because everything changes and life is so different. I can’t go to school for a long amount of time because I’m away. I’m doing what I want. I want to act. At the same time, I lose the ability to socialize and go to school normally and stay at home normally and not having to worry about going to press stops or go to work all the time. Which I feel like was taken away from me, in away.

Lastly, what’s it like being a young woman in Hollywood today? What advice do you have for young women in the film industry?

I feel like times are changing. As I said previously, like ten years ago, it was a lot worse than it is now. In that short amount of time, it has improved quite a bit. If any woman, any girl, feels threatened to be a part of this entertainment industry and that she will go unnoticed or feels like she can’t make it — I feel like it does need more women, so I encourage females of any age to go out there and try acting. With more women being able to work, this whole industry will become more bearable and a new, interesting industry.

Tags: Sophia Lillis , Gretel and Hansel , IT , actor interview , horror , thrillers
Support Feminist Media!
During these troubling political times, independent feminist media is more vital than ever. If our bold, uncensored reporting on women’s issues is important to you, please consider making a donation of $5, $25, $50, or whatever you can afford, to protect and sustain BUST.com.
Thanks so much—we can’t spell BUST without U.