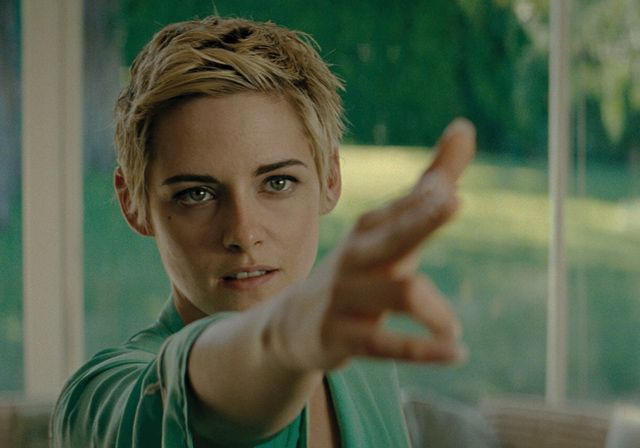 Seberg is meant to be a biopic about 1960s film star Jean Seberg (played by Kristen Stewart) and the FBI harassment she faced because of her involvement with the civil rights movement. But instead, this thriller focuses more on the sensibilities of FBI agent Jack Solomon (Jack O’Connell), the man assigned to investigate her after becoming aware of her affair with activist Hakim Jamal (Anthony Mackie), and her affiliation with the Black Panthers.

The film frames Seberg as a martyr by opening with a scene from Otto Preminger’s Saint Joan, in which she played the saint most famously burned at the stake. And later on, the script references this aspect of her personality again when Jamal says to Seberg, “You run around with a handful of nails looking for a cross to die on!” Though this particular narrative seems hell bent on painting Seberg as a victim for a noble cause, in real life, her downfall stemmed from the naiveté she had as a white, privileged activist who entered a marginalized community and became a figurehead. (3/5)

Emily Dickinson Deserves A Better Biopic Than "A Quiet Passion"