"Portrait of a Lady on Fire" Is An Exquisite Look At Love, Art, And Intimacy 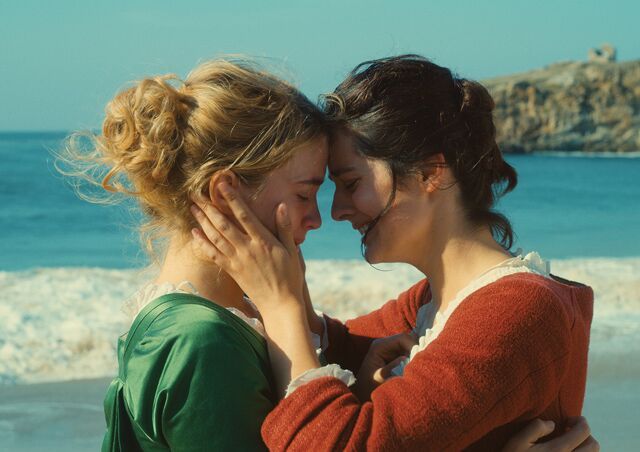 Portrait of a Lady on Fire is an exquisite period piece about love between headstrong women, with a large dollop of art theory to boot. In 18th century France, the relatively free life that artist Marianne (Noémie Merlant) enjoys sets her apart from other women. She is beholden to no man, unlike her latest subject, Héloïse (Adèle Haenel), whose portrait Marianne is hired to paint so her betrothed can check out his wife-to-be before they tie the knot in Italy. Héloïse, however, does not want to be painted because she does not want to be married. This may have something to do with the fact that her sister had once been engaged to the same man, but before they could finalize their marriage, she died under mysterious circumstances.

The relationship between artist and subject becomes a wonderfully insular female world, with the majority of the movie spent rattling around in an old castle and on rocky cliffs. Writer/director Céline Sciamma’s screenplay relies on great swaths of silence, while her expert eye creates a striking contrast between the intimacy of wild beaches and firelit nights alongside perfectly framed shots presented like paintings. Ultimately, this gorgeous, unforgettable film is about what happens when we’re brave enough to gaze at love, and it gazes back. (4/5)

“The Journey Of Monalisa” Weaves Themes Of Friendship, Immigration And Life As A “Gender-Neutral Two-Spirit” In New York