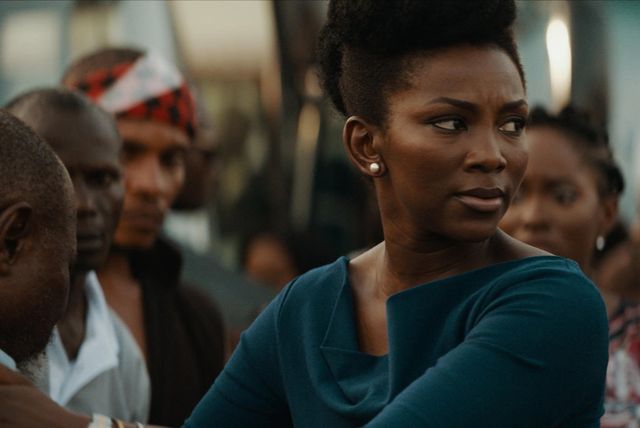 Lionheart (2019), directed by celebrated Nigerian actress Genevieve Nnaji, was Nigeria’s first ever submission for the now re-branded “International Feature Film” category for the Academy Awards. The Academy claims the film was ineligible for the prestigious nomination because it only had a combined eleven minutes of Igbo spoken in the film, and did not meet the twelve minute minimum requirement of non-English spoken dialogue. This controversy comes after the Academy announced they would update the category’s name from the previously known “Foreign Language Film” in an attempt to encourage inclusivity in the film industry. How ironic. Had it qualified for the nomination, Nnaji’s directorial debut would have been the first foreign film by a Black female director ever to be nominated for the category in the Academy’s history.

Powerhouse director Ava Duvernay took to social media to voice her disappointment with the Academy’s choice to disqualify the Netflix film, saying, “You disqualified Nigeria’s first-ever submission for Best International Feature because its in English. But English is the official language of Nigeria. Are you barring this country from ever competing for an Oscar in its official language?”

To @TheAcademy, You disqualified Nigeria’s first-ever submission for Best International Feature because its in English. But English is the official language of Nigeria. Are you barring this country from ever competing for an Oscar in its official language? https://t.co/X3EGb01tPF

Nnaji soon responded on twitter to show her appreciation for Duvernay’s support. She voiced her dismay with the assertion that her film was somehow not Nigerian enough because it was mostly spoken in English. “This movie represents the way we speak as Nigerians. This includes English which acts as a bridge between the 500+ languages spoken in our country;” She tweeted. “We did not choose who colonized us. As ever, this film and many like it, is proudly Nigerian.” The Academy has a controversial history of overlooking Black female directors and auteurs in their Oscar nominations. Just four years ago, Duvernay herself was the subject of a snubbing by the Academy when her film Selma (2014) was nominated for Best Picture, but she herself was not nominated for her credit as the director. Similarly to Nnaji, the block prevented her from becoming the first black female director to ever be nominated for the Best Director category, which would’ve been a groundbreaking moment for the industry.

2/2 It’s no different to how French connects communities in former French colonies. We did not choose who colonized us. As ever, this film and many like it, is proudly Nigerian. @TheAcademy https://t.co/LMfWDDNV3e

Black female voices in film have largely been absent from major festivals and awards ceremonies since the inception of their existence. Directors like Julie Dash, Dee Rees, Kasi Lemmons, Janizca Bravo, and many others in the States and across the globe have not reached the same level of recognition in these events as their male counterparts, despite all having produced great films. Though it may not seem important, these nominations and festival premieres build notoriety for these artists, and increase the likelihood of getting distribution deals, which would showcase their movies to more audiences. Preventing Black female filmmakers from these spaces keeps them stuck in a niche they cannot escape from without attention from distributors. Despite these setbacks in diversity, the media attention from this disqualification will hopefully bring more attention to the budding visionary and shine a light on the growing filmmaking industry in Nigeria.

Header from still from Lionheart via Netflix