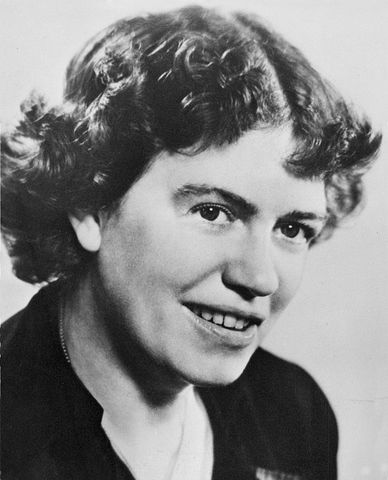 The annual Margaret Mead Film Festival took place at the American Museum of Natural History last weekend from October 17 to 20. The event has taken place since 1976, and aims to celebrate a comprehensive and inclusive spectrum of work including documentary films, shorts, and other media. Its mission, according to the website, is to increase “understanding of the complexity and diversity of peoples and cultures around the world”.

Margaret Mead was a famous anthropologist who worked at the American Museum of Natural History for 52 years. She was a curator for the Museum’s Department of Anthropology, where she advanced enormously its academic standing and popular appeal of cultural anthropology.

So, why is this festival really cool? Mead wrote: “Pictures are held together by a way of looking that has grown out of anthropology, a science in which all peoples, however contrasted in physique and culture, are seen as members of the same species, engaged in solving problems common to humanity.” Mead was renowned for her groundbreaking use of film and photography, which highlighted a new way to study anthropology.

Mead was a pioneer of feminist anthropology, which emerged as a response to sexism and male bias in the field of anthropology. Peaking in the 1960s and '70s, the movement posited that social work was very much a necessary part of feminism. Feminist anthropology seeks to reduce male bias wherever possible in a discipline that contributes to the understanding of human societies and cultures and their development.

Feminist theory and practice relate to the workplace, oppression, needs identification, gender differences, and diversity relations. However, there are certain fields where there has always been a predominantly male perspective, and once we understand this, it’s important to use both advocacy and art to fight to change it. The films at the festival typically showcase human rights violations, and really just what needs to be done politically so that these issues can be resolved.

The winner of the Margaret Mead Film Festival was director Erica Glynn, who was awarded for her film She Who Must Be Loved. There were 16 contenders. This film explores the life and career of her mother, Freda Glynn, who is a foundational figure in  Australian Aboriginal media. Tanith Glynn-Maloney, the film’s producer and also Freda Glynn’s granddaughter, accepted the award at the Mead Awards Ceremony. There was even an encore screening of the film on the final day of the festival. The jurors, in their announcements, stated that they “feel like a member of their family as [they] grapple with the traumas of distant and recent history,” and that the film's subject was "fabulously compelling — witty, thoughtful, and true to her ideals".

There was also a special mention for Before Father Gets Back (Sanam mama dabrundeba). The jurors said credited the film with providing "a window to the kind of trauma experienced by communities impacted by war and religious radicalization... the film is both grounded and buoyed by the indelible portrait of a friendship among two girls at the precipice of womanhood".

The Margaret Mead Film Festival has inspired and will continue to inspire future generations of girls and women to fight for equal human rights, and shine a spotlight on stories often left untold. You can learn more on the American Museum of Natural History's website.