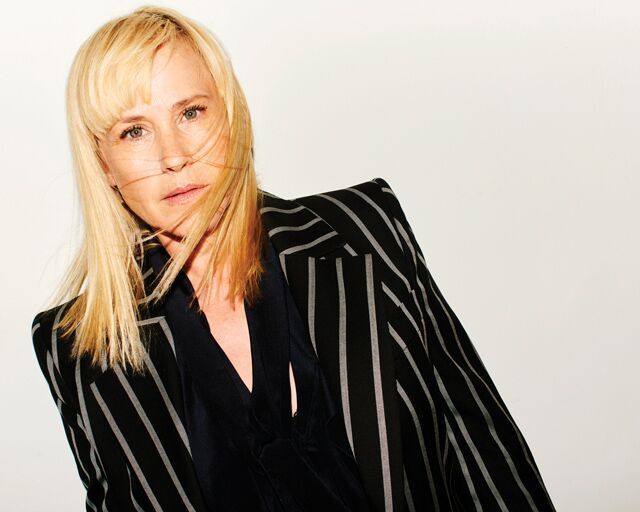 Patricia Arquette is one of Hollywood’s most outspoken feminists. Here, the Oscar-winning actor opens up about finding time for activism, fighting for equal pay, and feeling for her embattled co-star Felicity Huffman

Scheduling a chat with Patricia Arquette is no easy feat. Even though we are both in London, we have to do our interview by phone because the only time she has to talk is in the car as she’s being shuttled between appointments. Of course this comes as no surprise. Since her Oscar win in 2015 for Boyhood, her IMDb page has been packed with high-profile projects, and her outspoken feminist views make her someone every outlet wants to interview in this era of #MeToo and #TimesUp.

A Hollywood mainstay since she made her film debut at 19 in A Nightmare on Elm Street 3: Dream Warriors in 1987, Arquette played the blonde bombshell in a string of ’90s cult classics including True Romance, Ed Wood, and Lost Highway. But as she grew older, it was TV where she was offered some of the juiciest roles of her career. She anchored the supernatural drama Medium (first on NBC, then on CBS) from 2005 to 2011. And her tremendous work on two true crime series—Showtime’s Escape at Dannemora and Hulu’s The Act—just earned her a pair of acting nominations at this year’s Emmy awards.

We are on the phone to talk about her latest film, Otherhood, which premiered in theaters and on Netflix August 2. It’s a “momedy” starring Arquette, Angela Bassett, and Felicity Huffman as three upper-middle-class empty nesters whose lives haven’t turned out how they expected. Having prioritized motherhood for decades, the trio is now struggling to find themselves, so they descend on their sons in New York City in an awkward attempt to reclaim the status they feel they’ve lost. It is a movie produced, directed, and written by women, for women, and I’m eager to discuss it with Arquette.

But first, we talk about feminism, and Arquette’s passion for activism and getting involved. “I’m the last person in the world to add to women’s full plates, particularly mothers. The last person,” explains the 51-year-old mother of two. “But we have to prioritize politics that are going to support our roles as women,” she says. “That is how we can start managing the inequities that lead to overfilled plates. Supporting and having more women entering politics helps.”

As Arquette well knows, you also don’t need to be a politician to get political. Before the explosion of the #MeToo and #TimesUp movements in 2017, there was February 22, 2015. That night, Arquette won an Oscar for Best Supporting Actress for her role in Boyhood, in which she plays a single mom. Since she, herself, became a single mom at 20, and because she has been observing the wage gap in Hollywood most of her life—her father and siblings Rosanna, Richmond, Alexis, and David were all actors—she decided to use her time on stage to call for equal pay. “To every woman who gave birth, to every taxpayer and citizen of this nation, we have fought for everybody else’s equal rights; it’s our time to have wage equality once and for all, and equal rights for women in the United States of America,” she announced. It was the Oscar speech that created the most news that year. It also, importantly, generated the famous GIF of Meryl Streep urgently pointing and shouting yes in an empowering fashion that is still used thousands of times a day.

It was a perfect speech, followed by an imperfect post-award interview, in which Arquette awkwardly and unnecessarily singled out people of color and gay rights activists as folks who now need to step up to the plate for women’s equal pay. It wasn’t a great sound bite, and was called out on social media for being an example of white feminism. Arquette later addressed these criticisms on Twitter by posting, “Guess which women are the most negatively effected in wage inequality? Women of color. #Equalpay for ALL women. Women stand together in this,” and “I have long been an advocate for the rights of the #LGBT community. The question is why aren’t you an advocate for equality for ALL women?”  But despite this conflict, the overall outcome of the speech was a watershed moment that launched a stream of celebrity revelations about their paychecks and worth.

In fact, nearly every month since that speech, equal pay in entertainment has been in the news. Later in 2015, Nicki Minaj cautioned women to do their research on pay, Jennifer Lawrence wrote an essay about making less than her male co-stars, and Bradley Cooper admitted there was a double standard. In 2016, Emma Watson and Lin-Manuel Miranda rap battled about equal pay. “A lot has changed since your 2015 speech,” I tell Arquette, referring not only to equal pay, but also to #MeToo. “A lot has changed,” she agrees. “We aren’t going to let young women be treated that way anymore,” she says of sexual harassment in entertainment. “It’s not business as usual. We are going to help.”

But Arquette points out that her plea wasn’t only about Hollywood. “I was accepting that award for playing a single mom who was the primary breadwinner and caretaker for her kids. I thought about how different her life would have been had she actually been paid her full dollar,” says Arquette. “In my speech, I called for equal pay and equal rights in America for women—all women—not just in my industry. Not just in Hollywood. Single women are working full time and still living in poverty. Women are doing the majority of the unpaid work in the world. It’s not sustainable. There’s plenty of legislation being proposed, but at this rate, equal pay will take 100 years to obtain. And in the states with the most women living below the poverty line, where women are suffering the most, nobody is planning any [equal pay] legislation.”

Despite the dire need for progress in this regard, Arquette acknowledges that the struggle for women’s rights is still moving in the right direction, both politically and culturally. “We have more representation in political office, and women also have more representation in daily life,” she notes. “I was just in the airport in Paris, and I saw more women of color on magazine covers on the newsstand than I have ever seen in my life. I saw none of those women on covers when I was a kid. It’s inspiring.”

I suggest that for women to truly achieve equality, men need to get more actively involved in feminist causes. Arquette heartily agrees. “You would think men would realize this,” she says. “How can we get men to think about how equal pay would have affected their mothers and impacted the quality of their childhoods? Would it have improved their mothers’ quality of life in later years to have made a fair wage? Equal pay will improve men’s lives, too.”

“Women are doing the majority of the unpaid work in the world. It’s not sustainable.”

This past April, Arquette testified before Congress at a hearing on the Equal Rights Amendment, urging lawmakers to pass it. Virginia state lawmaker, public defender, and up-and-coming politician Jennifer Carroll Foy joined her. Arquette is a fan of Foy, whom she supports because Foy is vocal about prioritizing equal pay and equal rights. In this way, Arquette is modeling the importance of supporting feminist candidates not only at the national level, but also at local and state levels.

Finally, we circle back to Otherhood, a film that she describes as “a bit of a time capsule” in the way that it speaks to a certain generation of mothers. “We had a lot of fun on set, we laughed a lot, we had drinks after work,” she says of working with Bassett and Huffman. “Angela and Felicity both have killer comedic timing. And I haven’t worked with this many women before, except for on The Act,” she enthuses, referencing her Hulu series that came out in March. “It was refreshing.”

Otherhood was originally slated to come out earlier this year, but the release was postponed due to her co-star Huffman’s arrest. Huffman plead guilty in May to paying someone to boost her daughter’s SAT score. And interestingly enough, there’s some similarity between this real-life drama and the storyline of Otherhood, which revolves around women interfering in their kids’ lives. “What Felicity did was wrong and she admitted it,” Arquette says when I ask her about the case. “But what about the people who buy a building for a school to get their kids in? I do wonder what we are teaching our kids,” she muses. “I come from a different background. Growing up, I was an outsider. I never was good in school and I was a rebel, so I never felt like my kids needed to play the school game.”

I reply that this rebellion must be an Arquette family gene. She laughs and agrees, adding, “It is probably.” To say that Arquette’s background was “different” is an understatement. Until she was seven, she and her family lived on a commune in rural Virginia. After that, the family moved to Chicago, then to L.A., where Arquette went to Catholic school before running away from home at age 14 to live with her sister Rosanna.

But despite their differences, Arquette has only empathy for her co-star. “I see myself as a mother first, before everything else,” she says.  “I don’t know how to let go of my children, either. I don’t think I’m there yet.” 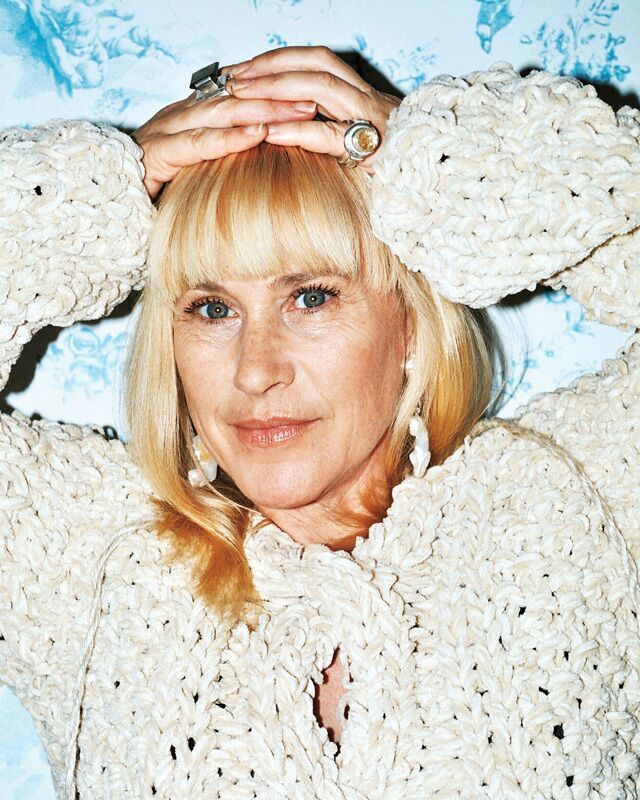 6 Acceptance Speeches From The 2019 Emmys You Have To See