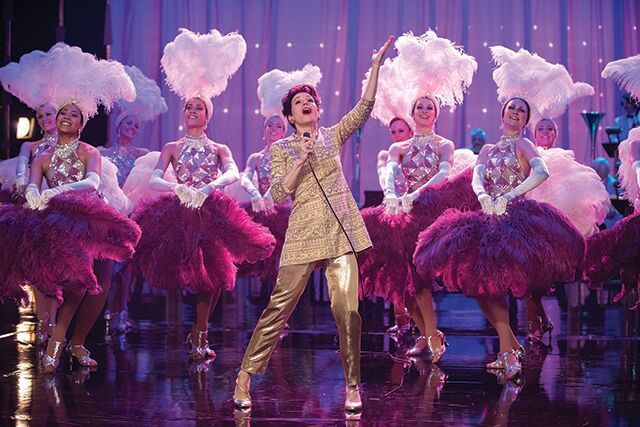 Directed by Rupert Goold, Judy depicts the last year of Hollywood legend Judy Garland’s life. Broke, and without a manager or even a place to live, Garland (Renée Zellweger) agrees to perform a concert series in London during the winter of 1968. Four times divorced, she just wants to provide for her three children, all of whom are being used as pawns in a custody battle with her ex-husband Sid Luft (Rufus Sewell). But after a triumphant opening night, she’s rocked by a depression that leaves her barely able to function. This isn’t the glamorous movie star we know and love; this is the real Judy, warts and all.

This big-budget biopic can drag in spots and suffers from uneven pacing. And the flashbacks to Garland’s early days as a studio ingénue—in which she’s berated and plied with the pills that would ultimately be her downfall—come across a little ham-fisted. But the film is anchored by a strong performance from Renée Zellweger, who fully embodies the role. Judging from the audible sniffles in the theater from her rendition of “Somewhere Over the Rainbow,” it’s safe to say that she’s convincing. Judy is a testament to the sheer joy and wonder that Garland brought to millions of people. (3/5)