"Britt-Marie Was Here" Asks, "How Do You Live A Life?" 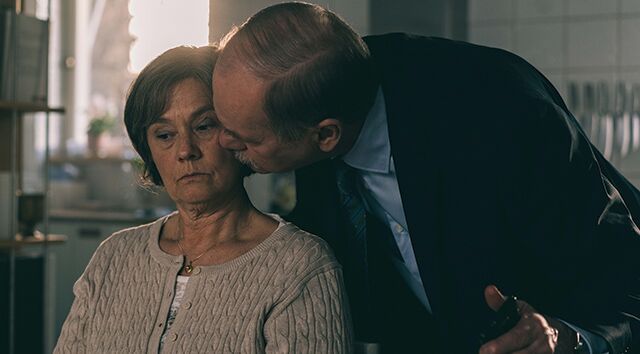 Britt-Marie Was Here
Directed by Tuva Novotny
Out September 20

For 63-year-old Swedish housewife Britt-Marie (Pernilla August), there’s no problem that can’t be solved with baking soda, vinegar, lemon juice, and some vigorous scrubbing. But when her husband of 40 years (Peter Haber) has a heart attack and his weeping mistress greets Britt-Marie at the hospital, she decides it’s time to stop cleaning up the house and start cleaning up her life. After four decades outside the workforce, Britt-Marie accepts a position coaching youth soccer in a tiny town called Borg, and it’s there that she discovers that it’s never too late to start over.

Directed by Tuva Novotny and based on a novel by Fredrik Backman, this Swedish-language film asks, “How do you live a life?” By revolving around a woman who is ready to start afresh when most are preparing to start retirement, the question seems destined for a thoughtful, satisfying answer. Yet, fraught with tropes, Britt-Marie falls flat. Instead of displaying genuine character development, the protagonist appears unchanged by her journey. And though the movie ends with her ready to make decisions for herself rather than for the sake of others—with only superficial introspection into what was holding her back—the viewer is left with little insight into Britt-Marie and what those decisions might be. (3/5)

"Vita & Virginia" Is A Love Story Worth The Wait