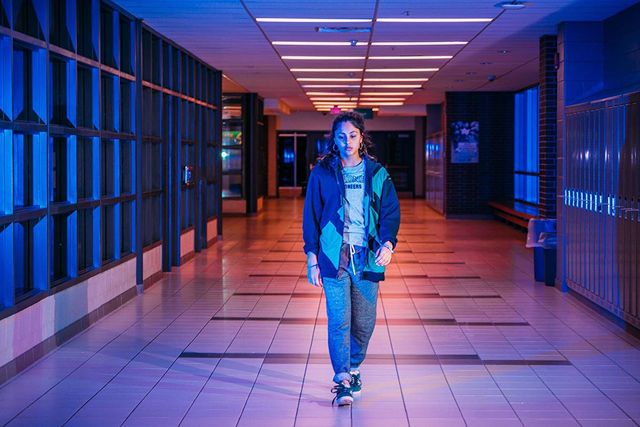 Share premiered at Sundance and making its way to Cannes before finding a home with HBO for distribution. Pippa Bianco’s debut feature Share illuminates rethinking what justice means for sexual assault victims. Bianco’s film takes a realistic approach to the experience of sexual assault victims and everyone else involved. Share is not too focused on the horror of sexual assault, but more so on the numbness, shame, and isolation left in it’s wake.

In the film, we meet Mandy Lundy (played by Rhianne Barreto) confused as she regains consciousness only to find herself sprawled out on her front lawn unsure how she arrived there. So, she picks herself up and heads inside to quickly find text after text from friends, and classmates wondering if she’s okay. For Mandy, confusion ascends into shame when she opens up a video that is merely a snapshot of friends undressing her incapacitated body at a high school house party. Although brief, the video provides clear evidence of some sort of sexual misconduct and it leaves Mandy with unanswered questions.

To me, this aspect of gray area surrounding the assault solidifies the film as realistic fiction. My introduction with rape as a central plot line in film was initiated with the horror genre, namely Ms .45 directed by Abel Ferrara. Now, Ms .45 which is also known as “Angel of Revenge” is a rape revenge film that explores the fantasy of vengeance as it relates to power dynamics between men and women. When I first screened Ms .45 as a film student I was in awe at the badass nature of the plot: Thana is raped and robbed, becomes mute due to the trauma, she then kills the rapist, and the rest of the film is her killing any man that talks to her. I remember watching with delight as she transforms from meek seamstress to sexy, murderous vigilante. I enjoyed watching the character take justice into her own hands as she exorcises scum of earth rapists. Yet, this film neglects the real life horror of dealing with the aftermath of sexual assault, like the damaged friendships, relationships, and futures. This early depiction of rape starkly contrasts the sexual assault presented in Share as it is not violent or memorable to the character and provides a narrow understanding of justice.

Share is representing a common scenario of assault which occurs often in real life. The perpetrators were trusted and known friends of the heavily sedated victim. Mandy has little to no recollection of the events that took place and as we follow her narrative we see her primary motivation is to find out with certainty what happened to her, this is made difficult for our protagonist as she’s on full display for her entire high school and family. Bianco’s film utilizes Mandy’s desire for privacy to bring dignity to her experience. Bianco tells ScreenRant, “She wants to know what happens, and she wants the privacy to figure out how she feels about it and what choice she wants to make next… I wanted to make this movie to dignify the choice that most people make.” Bianco is making her intentions with Share clear. This film is deconstructing another choice women must make… coming forward. The implications of reaching out to anyone about this kind of crime will likely have a dramatic impact on the course of a victim’s life. Share interrogates this notion with the use of technology as a catalyst that shares the incident on a mass scale, forcing Mandy to respond opinions of parents, classmates, and police that attempt to tell her how to reconcile with the event. Bianco comments, “I think what was more interesting is the side of that issue that applies to how we think people should behave once this has happened and what we expect of survivors as advocates and activists and justice-seekers.” Bianco is pointing to our expectations of victims as a stressor that impedes on healing while querying audiences on their judgment of survivors of sexual assault.

Top photo: courtesy of A24