"Vita & Virginia" Is A Love Story Worth The Wait 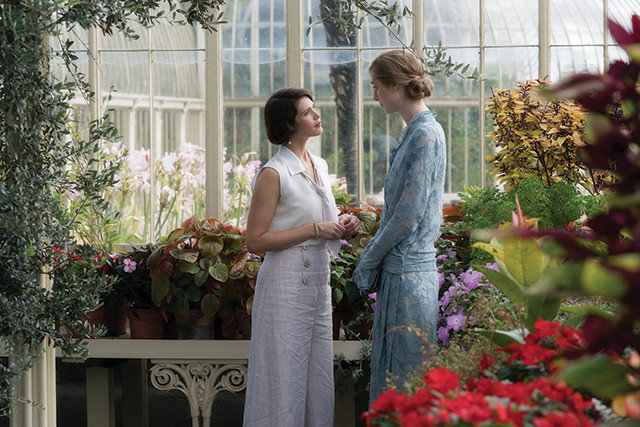 VITA & VIRGINIA
Written and directed by Chanya Button
Out August 23

It’s surprising that, until now, there hasn’t been a movie about the love story between writers Virginia Woolf and Vita Sackville-West. But writer/director Chanya Button’s Vita & Virginia is worth the wait. Sackville-West (Gemma Arterton) is a high-society novelist, married to a diplomat and infamous for her relationships with women and refusal to conform to early-20th-century ideas of what a female aristocrat should be. She’s instantly drawn to guarded literary genius Woolf (Elizabeth Debicki), and when the two meet at a dinner party, it’s electric: there’s staring, there’s longing, and after that, there’s pining. This mutual attraction turns into a passionate correspondence (the real Sackville-West and Woolf exchanged over 500 letters) and, eventually, an affair that inspires Woolf’s groundbreaking novel, Orlando.

As is the case with many biographical films, there’s definitely more to these two than what we get in Vita & Virginia. Woolf’s mental illness is glossed over and most of the supporting characters don’t have much of a purpose. But Arterton and Debicki give outstanding performances, and their onscreen chemistry is palpable, which makes up for everything else this movie lacks. And thankfully, there’s a lot of reading material out there for those of us left wanting more after the movie ends. (4/5)